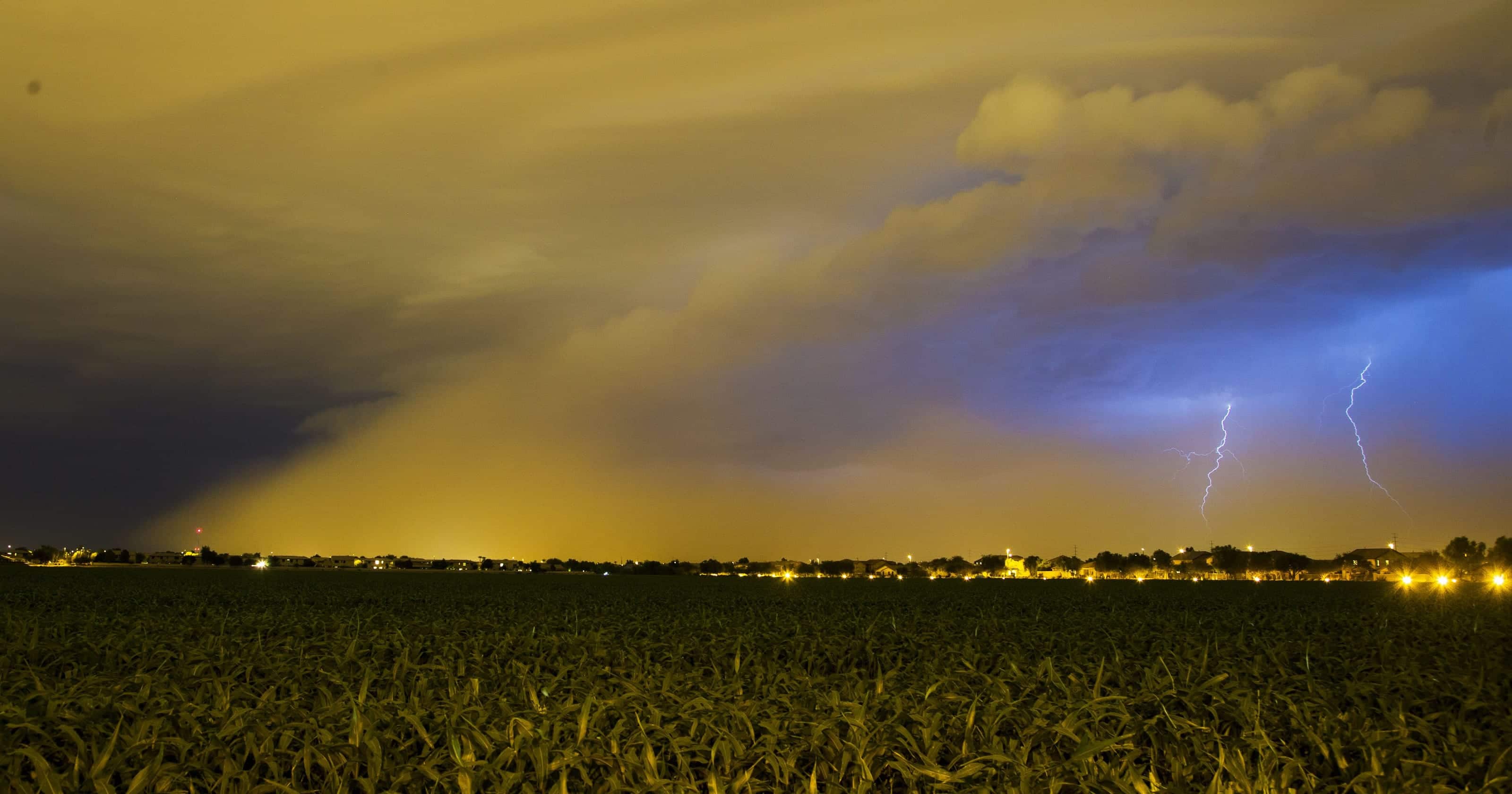 Big hail storms and tornadoes are remarkably rare in Arizona, but they are not a zero possibility. On Monday, afternoon, a severe thunderstorm looming over Cave Creek caused the weather service to issue a tornado warning in the region. It was Phoenix office’s first tornado alert in five years.

Reportedly, the storms came from the remains of Hurricane Lorena, one near Phoenix and the other in Willcox. In the evening, severe weather struck, bringing in flood and power interruptions to parts of downtown Phoenix with forewarning of harsher weather this week.

Weather.com’s meteorologist, Chris Dolce stated: “Moisture from the remnants of former eastern Pacific Hurricane Lorena has pushed into southern Arizona where it’s interacting with a strong jet stream disturbance. That setup is triggering the development of numerous showers and thunderstorms in southern and central Arizona, which could cause more flash flooding through early Tuesday. Severe thunderstorms with damaging winds and large hail are also a potential threat,”

Visibility was down to less than a quarter-mile along Interstate 10, from Casa Grande to Tucson; Mesa Fire & Medical also had to rescue several drivers from inside their submerged vehicles. On one occasion a car had to be fished out of a deep swamp created, due to the flash flood.

Mesa authorities closed the intersection of Crismon and Baseline roads – one of several road closures around the East Valley due to heavy rains, but no damage was reported from the scantily populated area.

The storms dumped more than 2 inches of rain in some areas of Mesa and 3 inches in Apache Junction and dumped 5 inches of rain in some parts of Maricopa County. Surprise, North Phoenix, and Scottsdale witnessed record amounts of rainfall. Crew workers had to close roads to clean up rubble and debris carried by the floodwaters. Several trees were also blown over.

Schools in Apache Junction were adjourned early due to the continuing flooding, and numerous reports of uprooted trees along with reports of damaged properties were received. Tucson Electric Power Company units had to replace several service poles along Bonanza south of Golf Links as they were damaged in a microburst of the remnant storms.