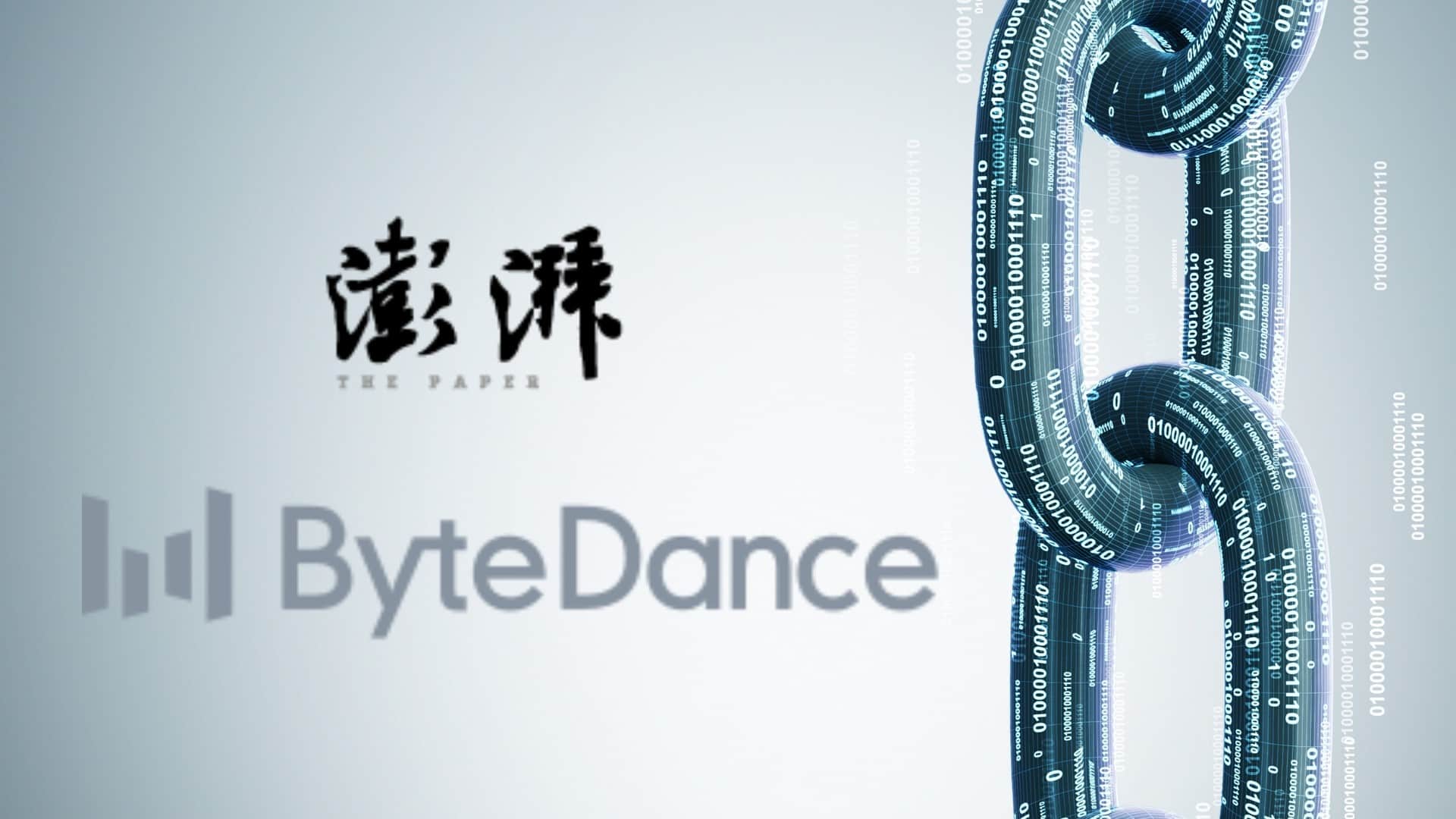 As per Bloomberg reports, TikTok’s owner, ByteDance Inc., has entered into a collaborative venture with a state-recognized Chinese media house with the objective of developing business lines incorporating blockchain and artificial intelligence.

On December 10, in Jinan city, which is the capital of eastern China’s Shandong province, this joint venture was reported to have been initiated between ByteDance and Shanghai Dongfang Newspaper.

However, official statements regarding the venture, are yet to come from ByteDance and Shanghai Dongfang Newspaper, despite a request for comment.

According to a statement issued on an official business registration website called the National Enterprise Credit Information Publicity System, a unit of ByteDance holds 49% of the new company; that has 10 million yuan ($1.4 million) registered capital; while the Shanghai Dongfang Newspaper possess the rest of the portion, in this business venture.

An internet technology company, ByteDance Ltd., is the Chinese parent company of the very popular TikTok app, which has taken the world by storm with its fabulous video-sharing social networking service. Zhang Yiming had founded this Beijing-based company, ByteDance in March 2012. This startup operates a variety of content platforms designed to educate, inform, inspire, and entertain people of diverse cultures, languages, and places.