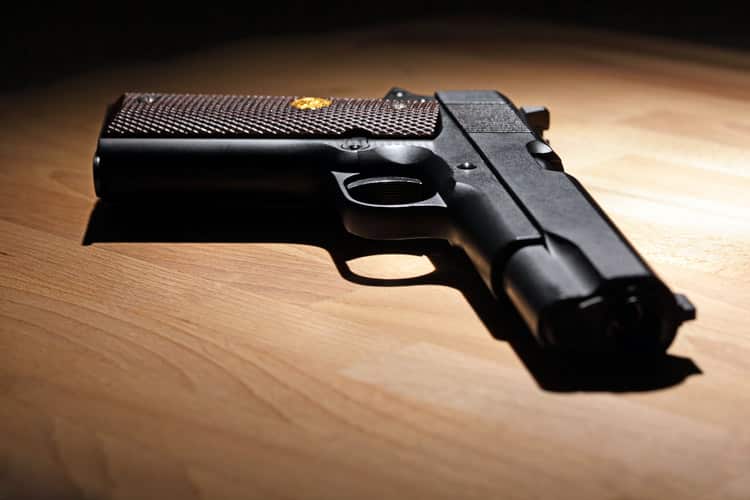 The Arizona Statehouse voted Monday to allow parents and others to drive onto school campuses with loaded firearms in their vehicles mentioning it as their constitutional right.

It should be reported that some lawmakers have pleaded the house not to pass the bill as feel safer for themselves and their children when dropping them off and picking them up. Rep. Regina Cobb, R-Kingman, said she could attest to that based on personal experience. But contrary to their request, the Republican-controlled chamber passed the bill with 31-27 party-line vote for HB 2693.

“I know that if others have felt that where you felt harassment or you felt that others were going to violate their order of protection, you wanted to be able to protect yourself,” she said. “I was also that person that was dropping my kids off at school every day.”

Cobb mentioned that current law allows guns in vehicles on campus, but only if they’re not loaded.

“I would not have wanted to stop a block away, unload my gun, go on to the school grounds and then come back and reload it again,” she said. “Using guns for most of my life, I know that’s when accidents happen.”

However, this version has been underlined by Rep. John Kavanagh, R-Fountain Hills, a former police officer.

“Go to many police locker rooms, and you’ll see holes in the lockers and the walls because of accidental discharges during loading and unloading,” he told colleagues.

And as per Rep. Bret Roberts, R-Maricopa, the issue comes down to allowing parents to exercise their Second Amendment rights.

But Rep. Kirsten Engel, D-Tucson, said the second amendment right is conditional. And Rep. Gerae Peten, D-Goodyear, questioned the wisdom of people those who are coming to school with loaded guns.

“A lot of parents come to school when they are angry, irate, irrational, inebriated,” she said.

Rep. Domingo DeGrazia, D-Tucson, states his take on this issue and explained why this bill makes no sense.

“If you feel unsafe on school grounds without a weapon and you’re going to leave your children there, then perhaps there’s a bigger issue that we need to address with our broader community,” he said. And DeGrazia said if people cannot load or unload guns, or get around in or out of the chamber, without endangering themselves or others, “Then perhaps we need to look at more training for folks who do carry.”

But Rep. Michelle Udall, R-Mesa, said that misses the point of the new law.

As per her, only people who are unloading their guns now before dropping off their children on school grounds are the ones who obey the law. Nothing in HB 2693 permits guns, loaded or otherwise to school buildings; it is limited to parking lots. The measure now will go to the Senate.