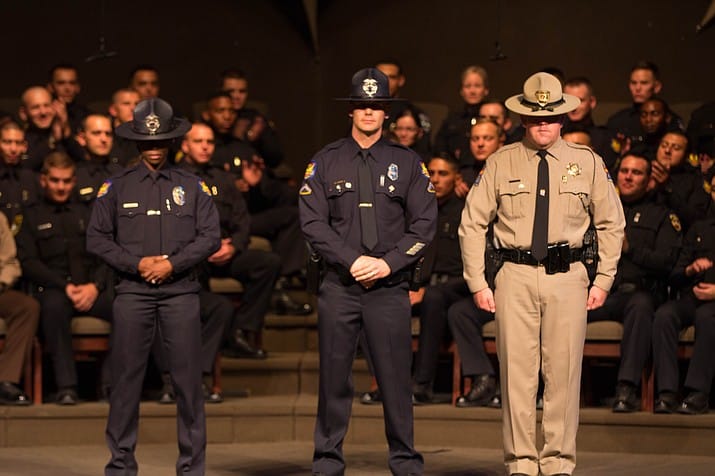 Arizona is facing some severe law and order situations off late. In two unrelated incidents, San Francisco Giants’ outfielder Cameron Maybin has been arrested for DUI, and one border agent has been arrested on the charges of smuggling. These two stories should be focused on priority as one involves a celebrity and another involves a patrol agent who was supposed to stop smuggling on the border.

Scottsdale Police have arrested San Francisco Giants outfielder Cameron Maybin on the charges of Driving under the influence (DUI). He was pulled over by the officers on early Friday.

Maybin, 31, was stopped just before 2:30 a.m. He was driving his 2015 Range Rover near Scottsdale Road and Jackrabbit Road, as per Scottsdale Police.

He was pulled over after he was seen by an officer while driving an estimated 55 mph. in a 35 mph zone and swerving outside of a lane on Scottsdale Road near Stetson Drive in the downtown area. The officer reportedly followed his car, and he eventually stopped his car in front of the DoubleTree Resort on Scottsdale Road, police said.

As per Maybin’s version to Police, he had been coming from Ocean 44 restaurant, near Goldwater Avenue and Scottsdale Road and had five glasses of wine. As per the report, his breath smelled of alcohol and after he was unable to complete much of a field sobriety test. Police also reported that he was cooperative and he was placed under arrest and police impounded his vehicle.

According to the report, he agreed to both an alcohol breath test and blood test. As per the first test, he had a blood-alcohol level of .127 and .125 when tested five minutes later. It should be noted that the legal limit is 0.08. However, blood teste was not available at the moment of reporting.

He was later released, but no details on who he was released to were not available.

The Giants’ spring training facilities are located in Scottsdale, and the team plays its home games in the Cactus League at Scottsdale Stadium. Giants acquired Maybin as a free agent last month; he had spent 12 years with major league teams and played with Miami and Seattle in the last year.

Border agents are deployed to prevent smuggling across the border, but when they become the agent of smuggling, the sorry state of law and order can be felt all across the state. One border patrol agent was booked in October last year for his role in one smuggling event. But as per the recent indictment filed in Tucson federal court, the scope of the smuggling charge against a former Border Patrol agent in Southern Arizona is much broader than previously known.

Ramon Antonio Monreal Rodriguez, a 32-year-old Vail resident who worked at the Border Patrol’s station in Three Points, was charged last year with smuggling 90 pounds of cocaine and handing more than $650,000 to drug traffickers during late-night shifts at a remote border crossing in Southern Arizona. Along with this, he was charged for lying during the purchase of firearms, the U.S. District Court records show.

In the recent indictment, Monreal now faces charges of smuggling $1.2 million in cash from Arizona to Sonora, Mexico, accepting bribes, and smuggling 235 pounds of marijuana. He is also a suspect in smuggling 255 pounds of cocaine, nearly three times as much as in the first indictment. It should be noted that most of the crimes he was alleged of occurred near Topawa, a small community northwest of Sasabe on the Tohono O’odham Reservation, whereas the bribery occurred in Topawa and Tucson.

He was at first charged on September 19  with conspiracy and making false statements in connection with the purchase of firearms as an alleged co-conspirator showed up at a Tucson firearms dealer with a backpack of cash, as per the sworn affidavit filed by an agent with the Bureau of Alcohol, Tobacco, Firearms and Explosives.

He reportedly resigned from the Border Patrol on Sept. 25 after ten years with the agency. However, he pleaded not guilty to all charges on March 1and his trial is scheduled on April 30.

Along with him, Miguel Armando Cordova and Marna Argelia Monreal also were charged in the updated indictment for conspiring to smuggle cocaine and marijuana. The other three names of defendants were censored from the indictment. Cordova also was indicted with Monreal in the firearms case.

He was released from custody in late November on a $25,000 cash bond, as per the court records. He has been ordered to observe a curfew, undergo location monitoring, not leave Pima County and not contact two individuals.