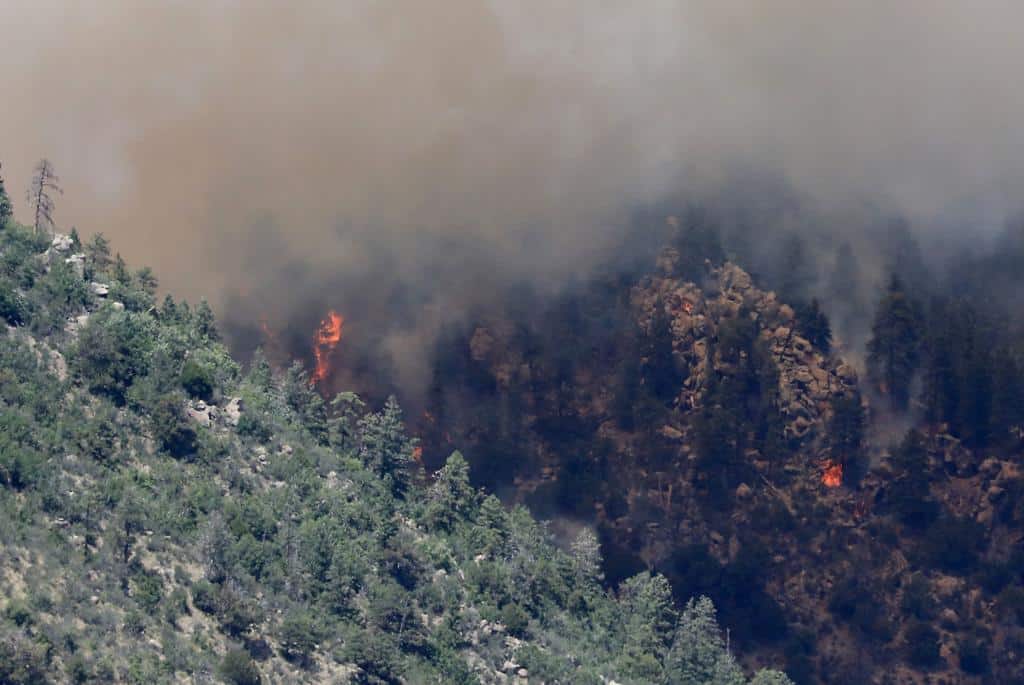 The Museum Fire was notified on Sunday before 11.AM and currently spread across 400 acres. Fire crew members are struggling with this new fire located 2 miles north of Flagstaff.

Coconino County has informed people about evacuation and issued warning for recreational regions of Forest Road to US Highway 89 and also to Schultz Pass Road. This information was posted on Twitter by Coconino County. Further, it read an evacuation warning has also been issued for the Forest Road 420 and Friedlein Prairie.

Later the Coconino National Forest provided with an update and mentioned that Museum Fire had covered 20 acres and nearly 182 people are battling with fire.

A Red Cross Shelter at Sinagua Middle School, Flagstaff 86004 and 3950 E. Butler Ave has been set up.

Evacuation is only for recreation regions.

Coconino County Spokesman, Matt Rudig mentioned that if people notice the fire, they are requested to vacate the region immediately. Matt Rudig’s release also recommends people to register for emergency notifications that will provide information regarding vacuations and others. They can visit coconino.az.gov/ready.

Coconino County Emergency Management (CCEM) along with the City of Flagstaff has started an Emergency Operations Center over Museum Fire. People are setting up services and arranging them if in case the fire expands more. Search & Rescue is at the fire incident site and helping with the evacuation process.

If evacuations happen then, CCEM will work in parallel with the American Red Cross to open a shelter home.

Coconino National Forest mentioned smoke can be seen from Flagstaff and nearby localities. Forest authorities are requesting people to be on alert when driving over Highways 180 and 89 north of Flagstaff because firefighting vans will respond to the region.

Arizona Gov. Ducey was reported and brief of the incidence, after which he released a statement on Twitter saying,

“Our office is in close contact with emergency officials as they work to contain the Museum Fire. My thoughts and prayers are with the firefighters and first responders working to protect Arizonans, their pets and their property. Thank you for your dedicated efforts. We will continue to monitor the situation and deploy additional resources as necessary. Arizonans and visitors in the area should be ready to respond to any evacuation notices.”

Moran Henn, residing across Mount Elden Lookout Road, was notified by the law enforcement official that her family members should be prepared for evacuation if it occurs. Henn informed a source, she was able to see smoke caused by fire from her land. The smoke is just above her head from where she is standing. The sky is completely covered by smoke.

On Sunday after 12 PM, the US Forest Service released another statement in a press mentioning around 5 acres of land is burned and expanding. They even provided the fire location in Dry Lake Hills area northwest of Mount Elden. More than 100 people have worked to reduce the fire.

However, US Forest Service authorities have not issued an official warning and are considering if it is required.