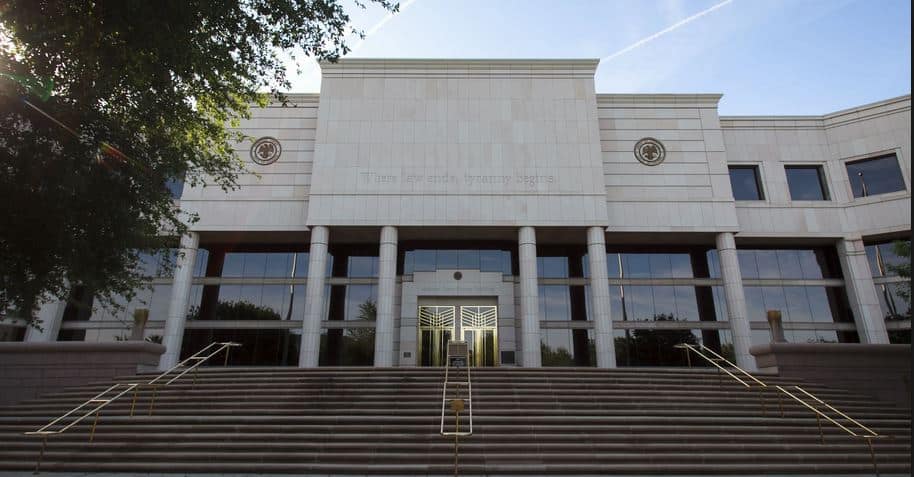 After several weeks of scrutiny and nearly seven hours of interviews Friday, four judges and a private attorney have made it onto the short list Gov. Doug Ducey will use to earn his fourth appointment to the Arizona Supreme Court.

However, Maricopa County Attorney Bill Montgomery is absent on the list. His controversial views and past had spurred questions about his impartiality as soon as he put his name in to replace retired Justice John Pelander.

The Governor now has 60 days to choose from a list compiled by the state’s Commission on Appellate Court Appointments, which must be politically diverse under state law. The list also caters one woman, who would be the first Afro-Latina on the court if selected, as well as one man who identifies as half-Latino.

In total eleven applicants were interviewed, and all of them had personal and professional references who provided glowing reviews to commissioners. A few of them had negative feedback here and there, but Montgomery was the only candidate to generate so much criticism the commission had to divide it into four categories for discussion.

“One broad statement is that you have very strongly held beliefs that have been expressed in different settings, which give people concerns about your ability as a judge to be fair,” Chief Justice Scott Bales told Montgomery toward the end of his interview, mentioning Montgomery’s opposition to sentencing reform, decriminalizing marijuana and certain LGBT rights, among other examples.

It should be noted that Bales chairs the nominating commission and led Friday’s process, but did not vote on candidates.

“The second (claim) is that there has been a bit of a culture of professional misconduct at … the County Attorney’s Office that you have not responded to appropriately,” Bales said. “The third is a question about your relative experience … as a lawyer in those areas that most occupy the work of a Supreme Court justice.”

The fourth area of criticism was a question of whether Montgomery is “more suited for an elected public office than serving as a jurist.”

Montgomery took the complaints in stride and said he “appreciated the unsolicited career advice,” but politics only constituted a small part of his job.

“In terms of familiarity with civil procedure, civil issues, criminal procedure, criminal issues, and all of that — yeah, I actually do that from day to day,” he said. “It’s not as sexy to write about, so folks generally aren’t very familiar with that.”

He, however, defended the nobility of his office, saying there “can be some sharp elbows in the public policy domain, but … everything refers back to impartiality and integrity, and the independence of the judiciary.”

“That necessarily means that the policy matters are left to the political branches of government and the Legislature and the executive branch,” he said. “And it’s the role of a judge to rule on the law and the facts.”

However, his answers didn’t sway enough commissioners to make it to the final round.

A motion aimed at adding him to the shortlist failed after only five of 12 commissioners voted in his favor.