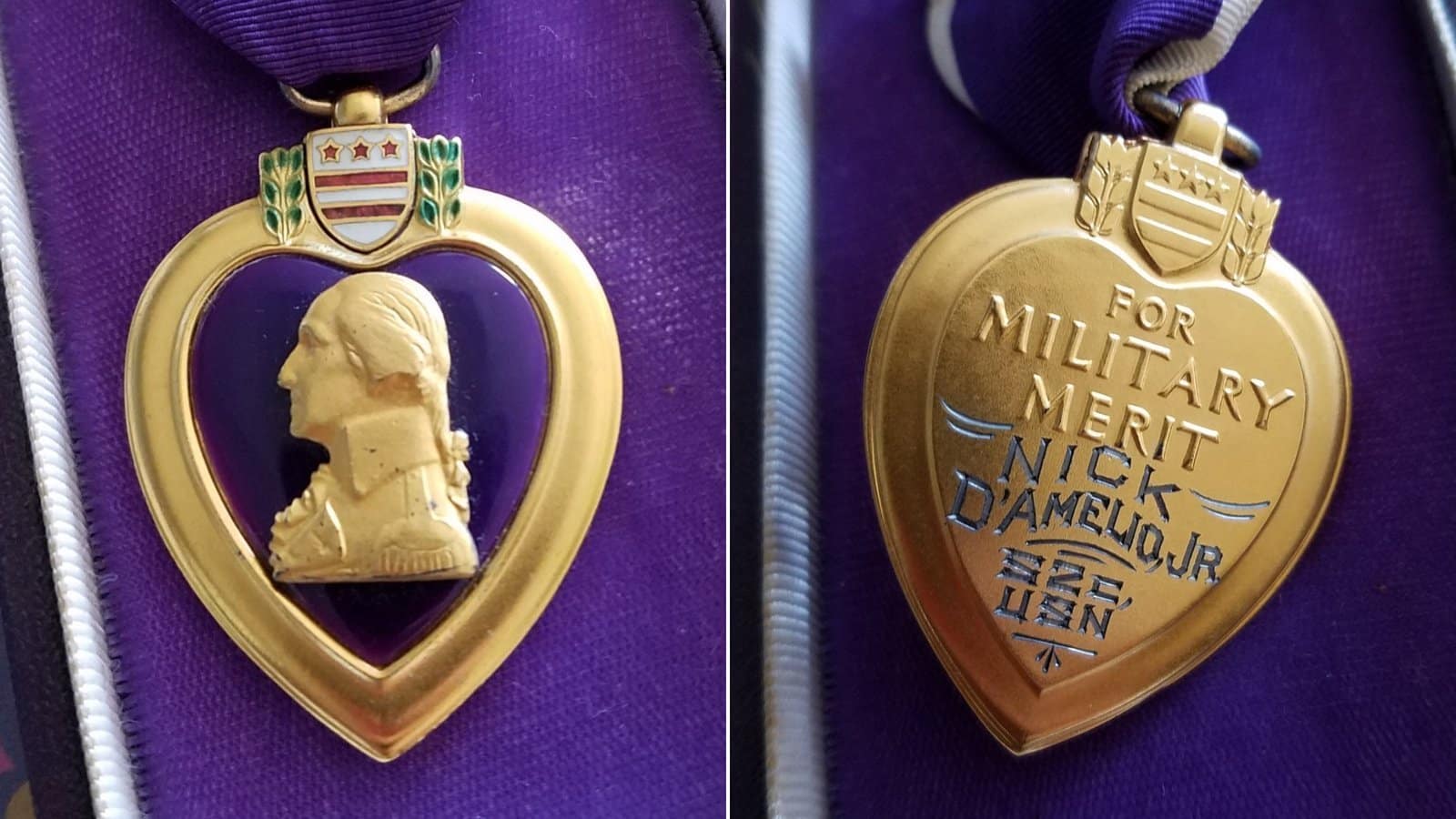 One of the most precious items was donated to a Goodwill store in Arizona. The item was found in a donation box, and this has led to a nationwide search of the family.

In Tucson, a Goodwill worker arranging donations at a store noticed a Purple Heart medal in a donation box in June. After discovering it, Goodwill has planned to find the family of the navy soldier who received it and unites them with the Purple Heart medal.

The Purple Heart medal was given to a soldier named Nick D’Amelio Jr. of California, as per the medal record. The medal is also engraved with ‘S2C, USN.’ According to Military data, D’Amelio was a seaman 2nd class (S2G) who worked for the US Navy and disappeared during World War II (WWII) when USS Little within the Solomon Islands was shot dead by the Japanese surface forces on 5th September 1942.

D’Amelio, the US soldier, was reported dead in 1943. His name is memorialized in the Missing Walls at The Manila American Cemetery and Memorial at Taguig City, Philippines.

The Purple Heart medal was given to D’Amelio after his death.

Goodwill Industries marketing director of Arizona, Judith Roman Bucasas, informed CNN that she believes it could be an accident that the valuable medal was given in the housewares box. Purple Heart medal is one of the most respected awards of the military base one can achieve.

The award was created by George Washington in 1782 and renewed by General Douglas MacArthur on the bicentennial birthday of Washington in 1932 and renamed the award as Purple Heart. Earlier it was named as the ‘Badge of Military Merit.’

Goodwill partners with a non-profit organization ‘Purple Hearts Reunited.’ The organization collects lost or stolen medals and unites them with veterans or their family members. However, the organization failed to track relatives of D’Amelio and then they planned to call reinforcements through the social media platform.

While on Monday, Goodwill uploaded Purple Heart images on the Facebook page of Goodwill Industries and informed people to call at 520-623-5174, offered extension no 7039 and requested them to provide any information related to D’Amelio or his family members.

This is not the first incidence of finding Purple Heart medal in the Goodwill store, Arizona. Earlier in 2016, a medal was found at the jewelry counter by a couple, placed in the donation box, source reports. At that time, they made use of social media ‘Facebook’ to inform about it to the community and were successful in reuniting the precious medal with the recipient’s family members.

Bucasas said to CNN that,

“It’s important that we get it to the right family. This guy didn’t get to make it back home.”

The Purple Heart award is provided to service members of the US, who are injured or lost their lives in a battle.

The US Department of Veterans Affairs mentions it as,

“one of the most recognized and respected medals awarded to members of the US armed forces, the nation’s oldest military award.”

The Goodwill is expecting that D’Amelio story will have a good ending.