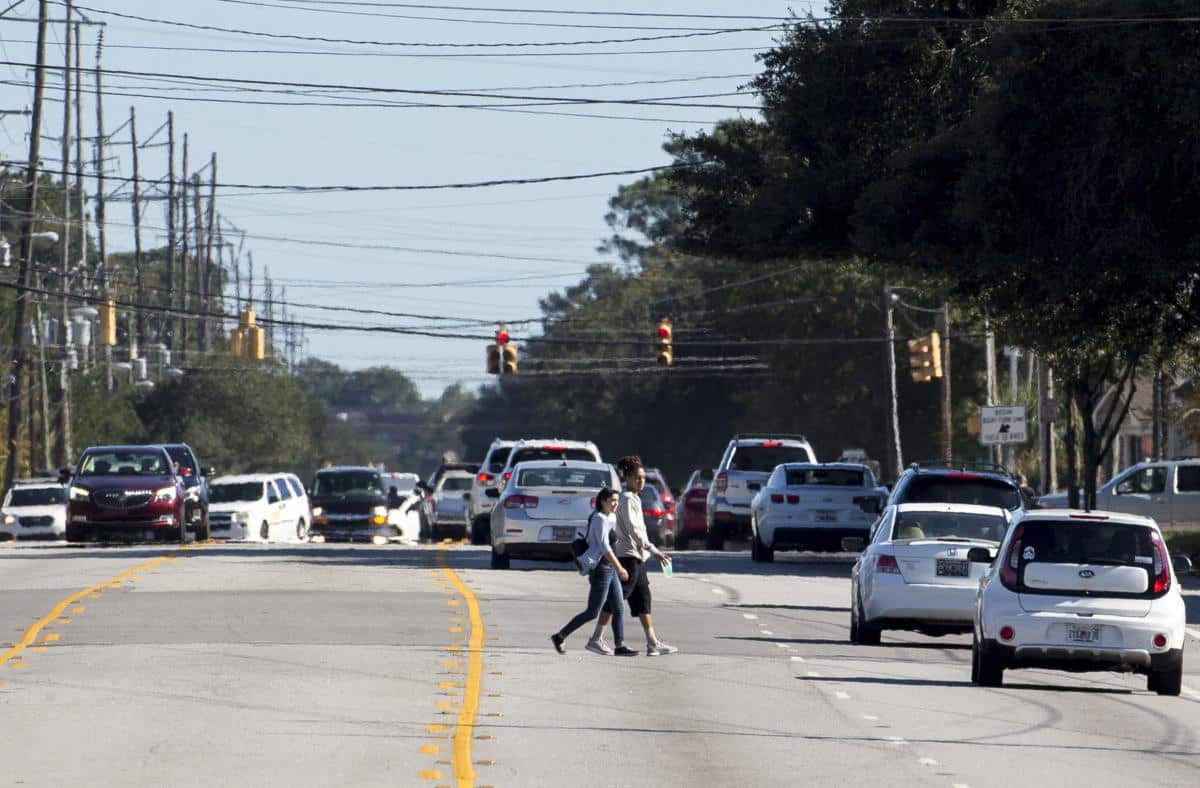 Smart Growth American recently published a new report that mentions Arizona roads as the most dangerous roads for people to walk in the nation.

Arizona Department of Transportation in June released a report that states the death of pedestrians in Arizona continues to increase and resulted for around a quarter of the fatal accidents on the streets of Arizona in 2018.

According to initial data from the Governor’s Office of Highway Safety, over 100 pedestrians have been killed on the roads of Arizona in 2019.

While in 2017, around 227 pedestrians were killed across Arizona roads, and in 2018 the number of pedestrian’s death increased to 246.

Smart Growth America study reports of 2019, 20 states were included in the list of a most dangerous place to walk in the US, and Arizona is ranked at No.9 position.

The study named as ‘Dangerous by Design 2019’.  7th Congressional District of Arizona is ranked as the deadliest place in the US for pedestrians. The region is the largest part of Phoenix and also of Tolleson and Glendale.

According to the study reports, nearly 344 pedestrians lost their lives in Arizona district from 2008 to 2017. In 2018, 89 pedestrians were crashed by vehicles and killed.

An interactive application is offered in the study that mentions the number of people crushed by vehicles in the past decade. If you zoom in the map, you will be able to see neighboring streets.

color, elderly, and people are walking in low-income communities.

US Representative, Ruben Gallego, represents Arizona’s 7th district, co-sponsored a bill. The objective of the bill is to make safer roads for people to walk and ‘promote safer street design across the country.’

Gallego tweeted over the bill on Twitter saying, “will help make our communities friendly to all types of transportation – including biking, walking & public transit – to make our streets safer, spur the economy & improve public health in #Phoenix and across the country.”

Gallego, a Democrat, one of the four co-sponsors on the bill, was introduced by Sen. Edward Markey and US Rep. Steven Cohen on Wednesday.

District 7 of Arizona holds accountable for around 23 percent of pedestrian death, from 2008 to 2017.

Rep. Ruben Gallego was a co-sponsor on the Complete Street Act of 2019, introduced today, that would promote safer street design across the country!

The Complete Street Acts of 2019 needs states to maintain a fund for street projects developed and run to allow safe use for users and build a program across the state to reward the cash.