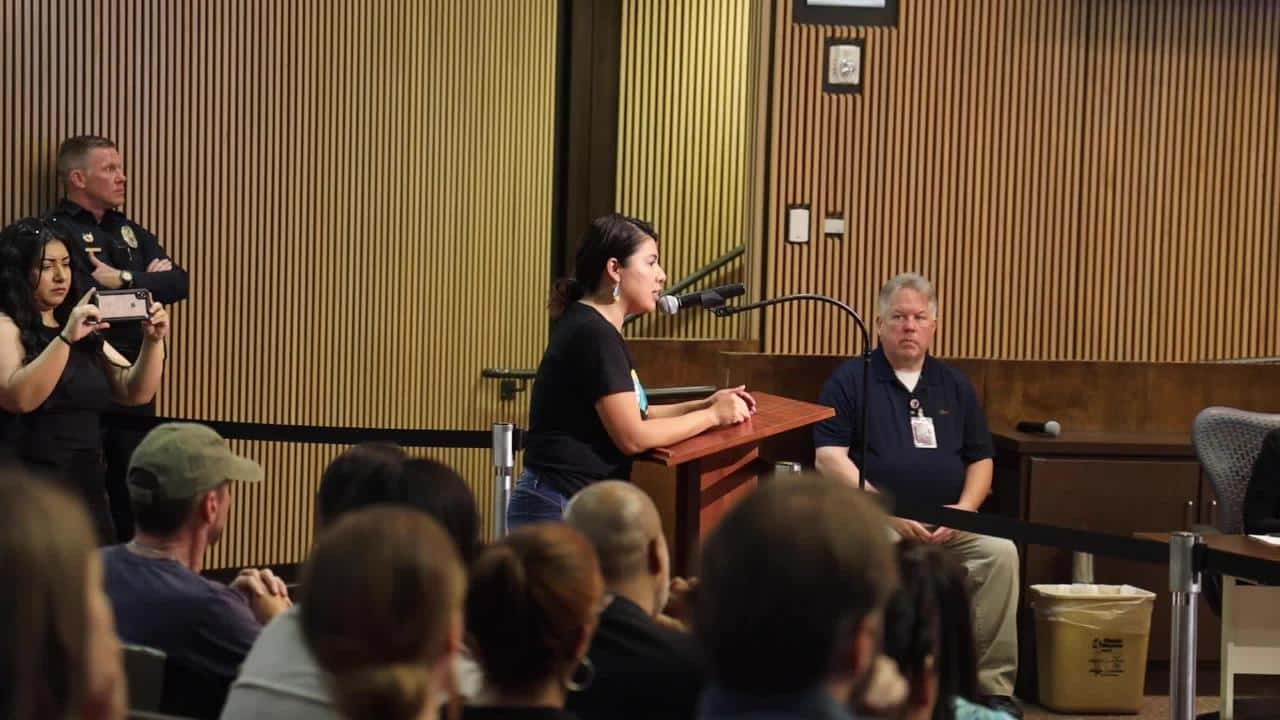 The Phoenix City Council on Wednesday after experiencing massive protests finally approved the police budget of worth $721 million for the fiscal year.

The police department budget was sanctioned at a city council meeting. The public opposed the police funding and criticized it for nearly 4 hours. However, the Phoenix City Council passed the budget by voting 7-2. Police Council members namely, Jim Waring and Sal DiCiccio voted against the police budget.

The police budget has significantly hiked by 5 percent in comparison to the previous year. The budget will now provide $721 million to the department of police.

Protesters were urging Council members to abandon the police budget. The city Councilman Sal DiCiccio stated the budget as an ‘anti-police agenda.’

Prior to City Council meeting, rallies were organized for the police misconduct with the Arizona family members in a shoplifting case. The video of the shoplifting incident went viral and showed the detention of 22-year- Dravon Ames and his pregnant fiancé Iesha Harper – 24 years old. The video received a lot of criticism for police behavior and several asked for the removal of officers involved in the incident, immediately. The video showed, police officers pointing guns on the family members and shouted vulgar languages to them.

Protestors started putting pressure against the police department in public and asked the council members to remove the officers involved in the shoplifting case of May 27th, before moving ahead to pass the budget.

Members participating in the meeting and opposing the budget departed from the City Hall before the vote.

For the activists, the Phoenix City Council meeting was the only option available to share their disappointment with regards to the shoplifting incident against the Phoenix Police Department.

One of the newly elected council members Carlos Garcia, wore a T-shirt that read ‘End Police Brutality.’ He did vote for the proposed police budget but only when Mayor Kate Gallego confirmed holding a special meeting so as to talk about the ad hoc committee and put it into place to enhance police responsibility.  He calls to build ‘community review board with subpoena power.’

The victim Ames was surrounded by family members, supporters, and Reverend Jarret Maupin- the civil rights activist during the Phoenix City Council meeting.

Reverend Jarret Maupin was continuously seeking to fire the officers involved in the shoplifting case.

Amen for the first time raised his voice after the incident and said: “It’s clear as day that the officers are wrong. It’s sick that they’re still behind desk duty. They are wrong. Everyone in America sees it.”

For example, back in 2015, the Phoenix City Council held a committee to offer suggestions to enhance the department. Majority of the suggestions were executed, but the most vital remained unexecuted- a civilian border. The civilian border could examine complaints of police officers. However, the suggestion was tabled for advance discussion in 2016.

Ames informed council members that he might have lost his life for a mindless incident- 4-year daughter taking a doll. It’s sad to know the officers are still working for the department and ‘I guess our lives are worth less than 99 –cent doll’.

Phoenix Police Department To Roll Out Body Cameras Within This Month