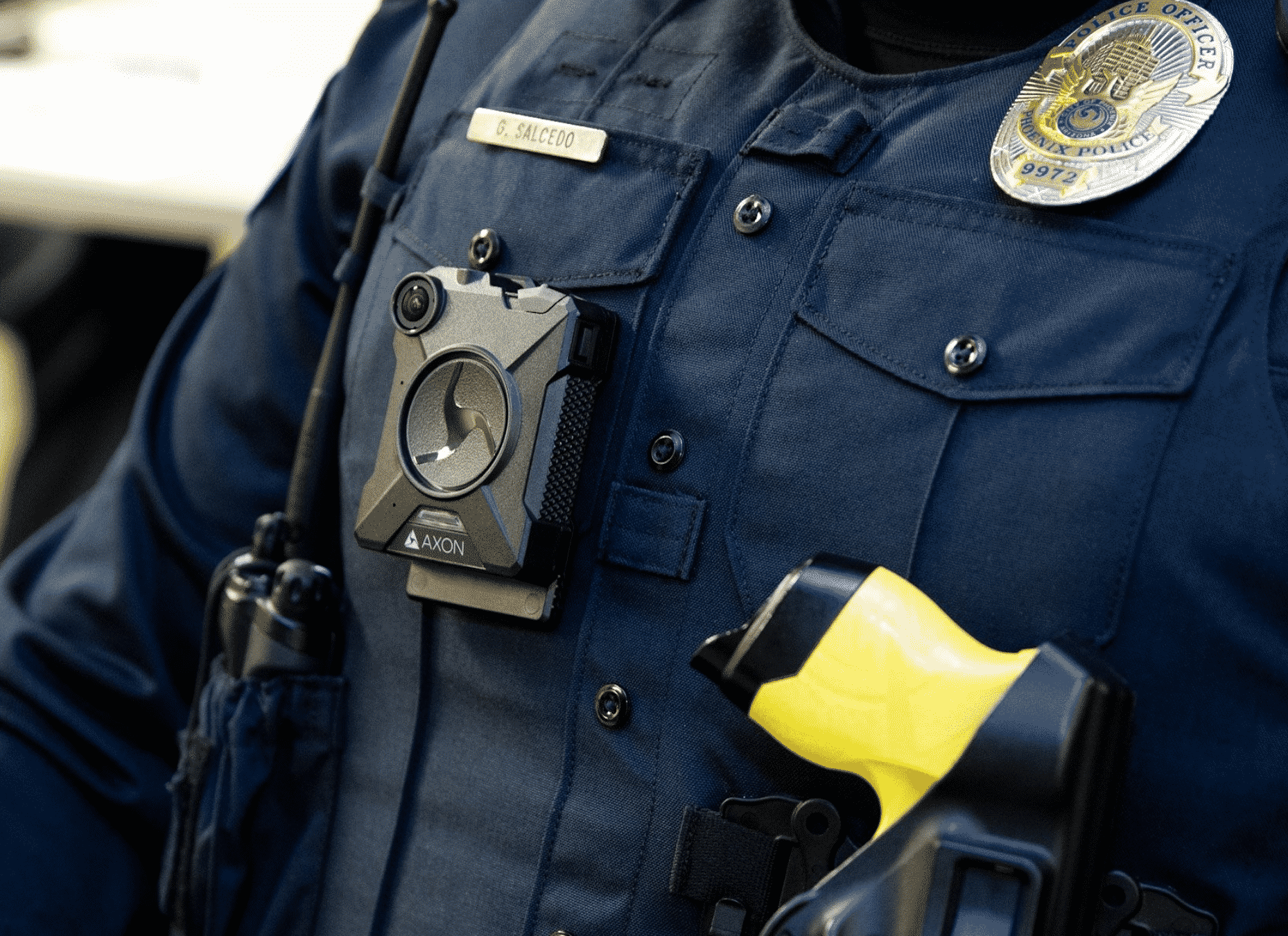 The Phoenix Police Department is currently receiving criticism for its behavior with the Arizona family in a shoplifting case. Despite the controversy, the police department is speeding up the processes of rolling out body cameras for its officers.

The Phoenix Police Department is ready to have 750 police officers with a body camera by the end of this week.

Dozens of police officers equipped with cameras on their chest approached the south Phoenix streets. These officers were working the 42G shift, starts from 2.30 p.m. to 12.30 a.m.

Phoenix Police Department spokesperson, Sgt. Tommy Thompson referring to the patrol officers, mentioned that these are the ones we were looking, who daily contact community members.

Out of Seven precincts, the South Mountain is third precincts to receive cameras. The process might be completed by this week. The objective is to have around 1,200 officers equipped with these types of cameras within mid-August.

Thompson responded to how body cameras could have changed the shoplifting case of Ames saying:

I don’t know yet if, how that would have played indifferently. But certainly, having a body worn camera provides the officers for the community to have an opportunity to see a little bit more of what they see.

The police officers were undergoing training on how to use the camera from February. It was in February this year itself, the Phoenix Police Department ordered 2,000 body cameras.

Sgt. Kevin Johnson is the training process head and responsible for training patrol officers and sergeant. He mentioned the cameras lack automatic features, and officers need to turn it on and off. Each officer will be provided a camera and only after the police officer gives the camera back to loading dock the video recorded will be uploaded on a server.

Thompson stated: The objective with the body cameras is that whenever the situation demands, the information will be available and acts as a photographic proof, and this results in another witness of what happened.

At the training, Sgt. Johnson mentioned, whenever the police officers receive a call for service, any investigatory stops or any enforcement activity, the officers should ensure they are recording.

The body camera consists of a center button, officers upon double-clicking the button, the camera starts to vibrate and inform the concerned officers the camera is saving what has been recorded.

Once that’s done we move to our downtown operations unit as well as our motorcycles officers. And then our next phase, our final phase, will be to our special assignments unit or our swat officers.

Johnson advised the officers, when the officer reaches the dock, you should check first on it and make sure that it lights up, so the camera starts charging and uploads the information on the server.

In order to bring more transparency in the police department and to the public, they are planning to deploy 1,600 cameras. The department is also considering including 3,100 officers on staff by 2020.

As of now, three precincts namely, Mountain View, South Mountain, and Maryvale/Estrella, have deployed with cameras. Police officers need to place the camera at the center of the chest.

Officers having cameras have undergone video training on its use and provided with a user policy. The May 27 incidence has delayed the process of rolling out cameras for 2019 as the department is busy addressing the questions relating to the Ames case.

The project cost estimated to be around $5.6 million for 1,200 cameras; Mayor Kate Gallego and police reported it.