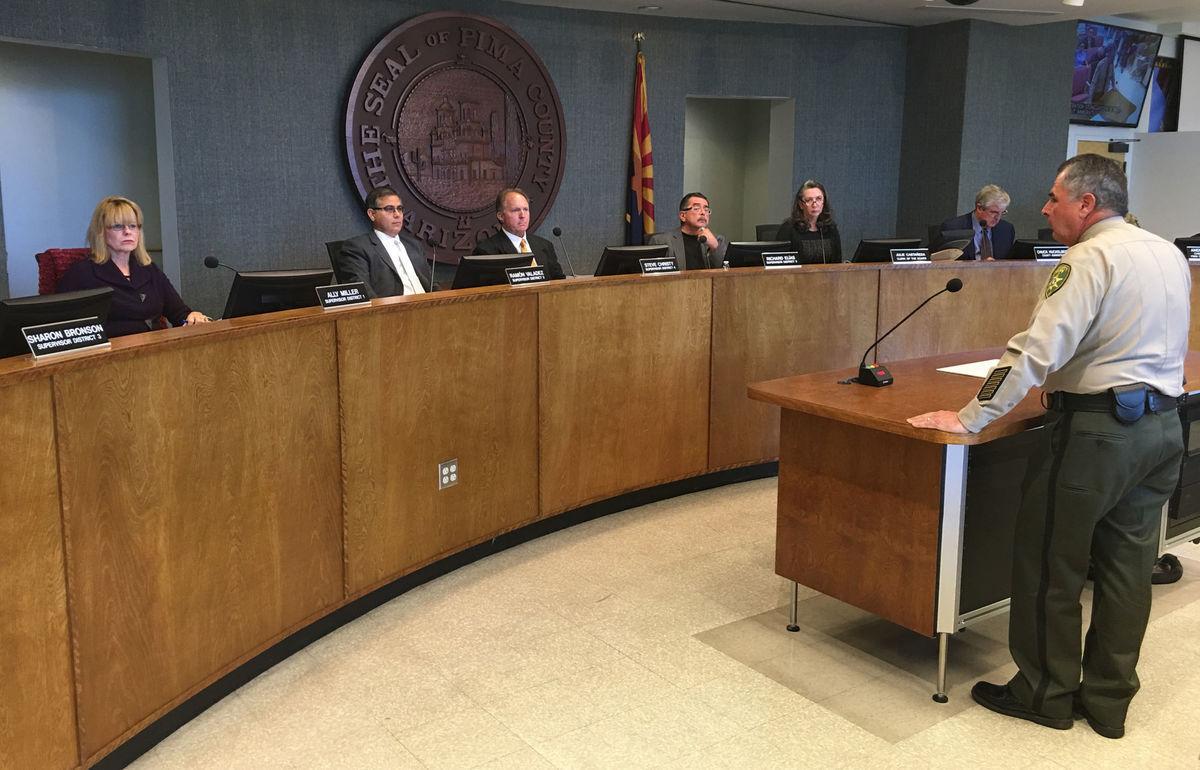 A relatively new citizen-run commission that reviews grants for the Pima County Sheriff’s Department is under allegations that the committee is “anti-law enforcement.”

The two Republican members of the Board of Supervisors — Ally Miller and Steve Christy — declared last week that they would be cutting ties to the Community Law Enforcement Partnership Commission and asked their delegates — three from each office — to stop attending the meetings.

“We will be withdrawing from any participation on this commission effective immediately,” Christy and Miller wrote in a press release.

“It is time to end the unfounded attacks on the law enforcement community.”

However, the members of the commission and the Democrats on the Board of Supervisors rejected this allegation and said the 15-member group plays a role in reviewing and making recommendations on grants for the Pima County Sheriff’s Department, not attacking law enforcement.

According to the Press release, Miller and Christy labeled the commission as being filled with “anti-law enforcement community activists” whose placement on the commission was the equivalent of a “taxpayer-funded soapbox.”

It should be noted that the commission was formed last year as a condition for accepting Operation Stonegarden funding, which is tied to border security. But its current mission to make recommendations to the Board of Supervisors related to all law enforcement grants came later in the year after the Democrat-led body reversed the decision to accept the $1.4 million in federal Stonegarden funding.

Members on the all-volunteer board are not paid, and the only taxpayer funds associated with the Community Law Enforcement Partnership Commission would be staff time for the Board of Supervisors-backed commission as well as the meeting space — the same resources offered to all county commissions.

In December, Christy tried to dissolve the commission but failed to convince a majority of the supervisors.

He clarified the decision to ask his delegates not to attend the meetings is solely designed to break up the commission through parliamentarian rules. If the group cannot get at least eight of the nine delegates appointed by the Democrats on the Board of Supervisors to attend, it cannot legally hold a meeting.

“If there is not a quorum, they can’t conduct business,” Christy explained.

However, attendance at county commission meetings varies, but given that many meet during business hours on weekdays, it is common for some appointees to miss a meeting.

As per County Supervisor Sharon Bronson, the tactic is unfortunate; saying that undermining the citizen-run commission goes against the nature of democracy.

She also said that she was confident the efforts wouldn’t work and that her appointees would redouble efforts to attend every meeting.

As per Supervisor Ramón Valadez, he hopes Christy and Miller will change their minds, publicly pleading with the two Republicans on his Facebook Live chat last week.

He also said that the views of Christy and Miller’s appointees should be heard and that their opinions are vital to a healthy discussion on the commission.

“Withdrawing those commissioners doesn’t serve anyone,” he said.