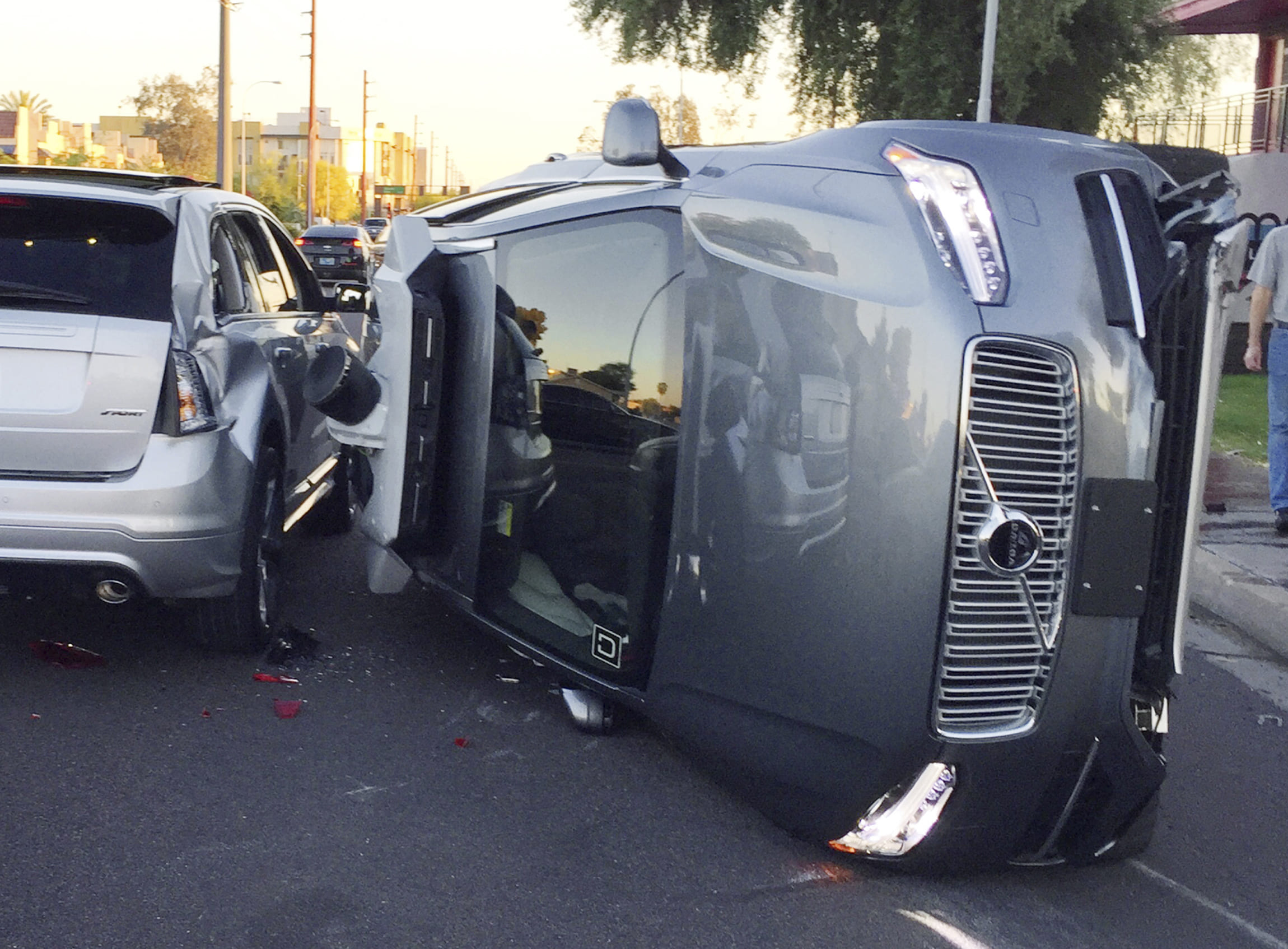 The family of the woman who was killed by an autonomous Uber vehicle last year has filed a $10 million claim against Tempe, alleging the city created a dangerous situation by paving a median where people were not supposed to cross the road.

Elaine Herzberg, a 49-year-old woman who was homeless, and was the first person in the country to be hit and killed by a self-driving car. A Volvo sport-utility vehicle which was operated by Uber ran into her on March 18 as she crossed Mill Avenue outside of a crosswalk.

The law firm is demanding $5 million for each of the survivors.

However, officials of the law firm did not comment on the issue. And Ziemann and Wood could not be reached as well.

Nikki Ripley, a city spokeswoman said the City does not comment on pending litigation. However, Ripley confirmed that Tempe had not responded to the claim.

As per the notice, the city is liable for the accident because the median on Mill Avenue where the accident occurred “has a brick pathway cutting through the desert landscaping that is clearly designed to accommodate people to cross at the site of the accident.”

City spokeswoman Nikki Ripley confirmed that the city of Tempe tore out that brick path which was X-shaped in the median south of Curry Road in the fall. And the city replaced the brick walkway with rock landscaping and plants.

The change on the road was made about the time the city was hit with the claim.

It was reported that after the fatal accident that the area had signs telling people to use the crosswalk, but also the brick pathway that potentially could accommodate jaywalkers.

The driver behind the wheel of the autonomous car, Rafaela Vasquez, was watching “The Voice” via a streaming service in the minutes leading up to the crash, according to a police report.

A few days later of the case emerged, the law firm Bellah Perez announced it had reached a settlement with Uber in the case for Wood. As per the reports, the resolution also included Ziemann. And no disclosure of the case was done at that moment.

Another firm, Gallagher and Kennedy, said it was representing other family members affected in the accident.

As per legal experts, it’s unlikely the city would be found liable for the high dollar amount requested in the claim.

Logan Elia, a prominent attorney with the Rose Law Group, said the claim is “not a very good one.”

“Generally, the city is not obligated to warn people of open and obvious dangers,” Elia said. “The obligation is in the other direction. People are obligated not to cross the street outside of crosswalks.”

The claim also states that the city failed to provide a crosswalk at the site of the brick path.

“There’s nothing in the report as I read it that says the accident would have been avoided had there been a painted crosswalk,” Elia said. “I don’t think there’s much reason to suspect the city is going to shell out $10 million to settle this claim based on what was submitted.”

According to, James Arrowood, a lawyer who specializes in motor-vehicle and product-liability issues and teaches the State Bar of Arizona course on driverless cars, the case lacks a strong base and is definitely weak.

As per him, it’s possible any defendant, and the city included, might settle a case rather than pay hundreds of thousands of dollars to hire experts and go to trial. He also does not expect the City to spend that much demanded.

“That number is for purposes of intimidation and getting press,” Arrowood said. “If those things succeed, they try to squeeze out a higher number on the settlement value. Would they settle for $50,000 each? If so, you as counsel might advise your client to get out while you can.”

He termed the case to be tricky.

“There are often a number of facts known to both sides, or one side or the other, the public does not know,” he said.