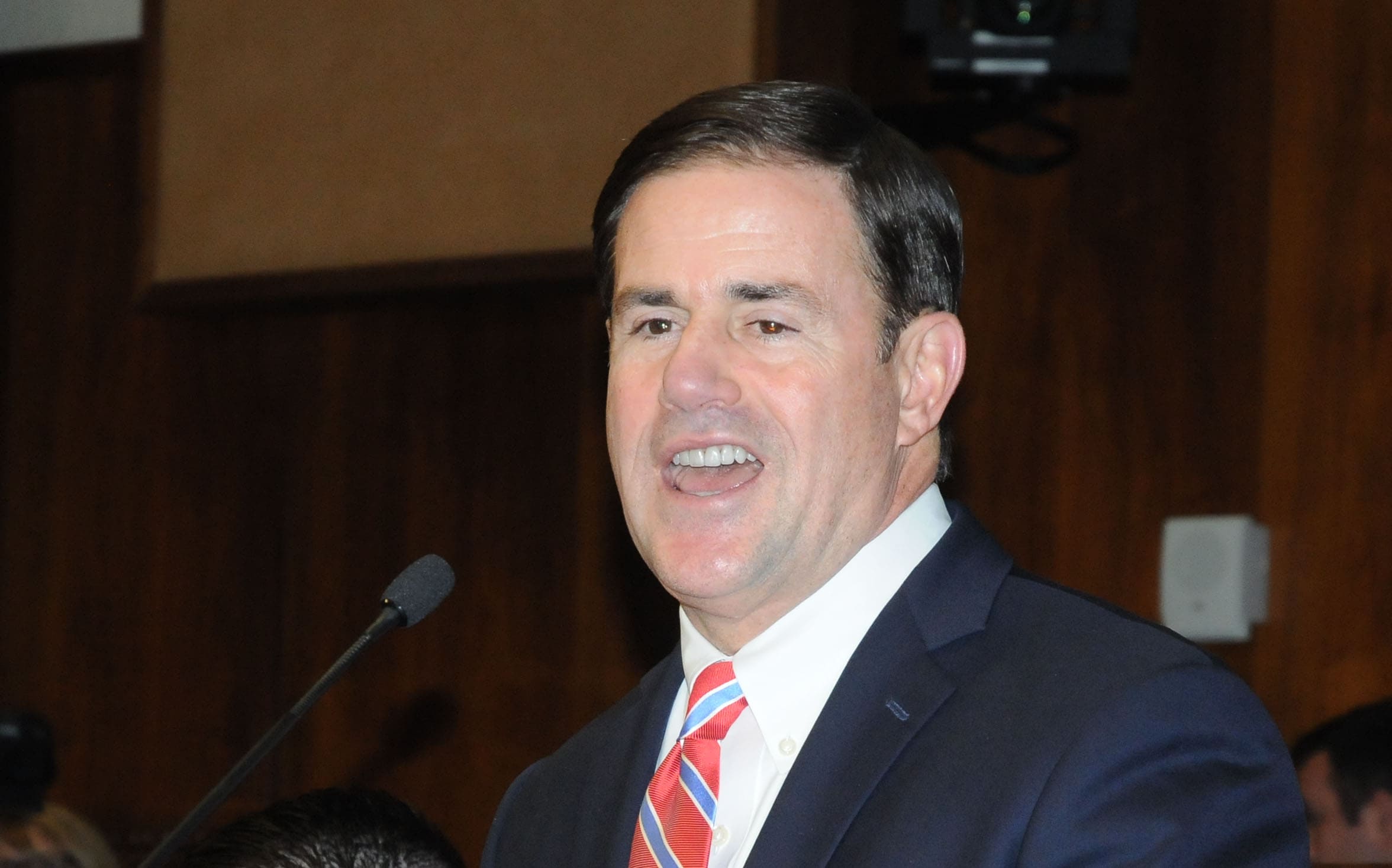 Governor Doug Ducey vetoed a legislative bill on Friday that would have cut individual income taxes by $150 million total to offset higher taxes Arizonans would have to pay the state because of changes in federal tax laws.

Governor Ducey seemed offset and lashed out at the lawmakers even from his own Republican party for denying to go along with his plan to have the state collect extra cash in terms of tax from Arizona taxpayers by conforming state tax laws and allowable deductions with changes made in the Internal Revenue Code that were signed by President Trump in late 2017.

GOP lawmakers agreed on the conformity part, a move that simplifies filing for Arizona taxpayers. But, they were against accepting the corresponding boost in state tax collections, they sought to balance that out by cutting income tax rates across the board by 0.11 of a percentage point.

Ducey, while vetoing the bill, said that creates an “irresponsible measure that hastily changes Arizona’s tax laws without any reliable data to back it up.”

However, Ducey said there’s “plenty of time” to consider the issue and find ways to simplify the state tax code for 2019 and beyond.

As per the Governor, the Arizona Department of Revenue already has prepared tax forms for 2018. Those forms have been prepared to conform to changes in federal law, providing the state with what some lawmakers say is an improper $150 million “windfall.”

“Let me be VERY CLEAR on this point: I will veto any budget that doesn’t align with these tax forms,” Ducey wrote.

Rep. Ben Toma, R-Peoria, who chairs the House Ways and Means Committee, said the Governor is mistaken if he thinks GOP lawmakers who have the control of both the House and Senate intend to approve any plan to increase taxes.

“I’m not going to vote for that, nor will I hear it in Ways and Means,” Toma said.

The same position was also taken by Sen. J.D. Mesnard, R-Chandler, who chairs the Senate Finance Committee and crafted the idea of the offset to ensure the state is not collecting more money.

“He wants what would amount to, on the individual income tax side of things, the largest tax increase in modern history, as far as I can tell,” Mesnard said of the governor.

Toma said that the tax forms currently in distribution for Arizonans are based on state tax laws as Ducey wishes them to be, not as they actually read.

The Revenue Department “is going to be collecting taxes that they’re not allowed to collect, that they won’t have any statutory authority to collect,” Toma said.

“What is happening now is outside the scope of the law,” repeated Mesnard.

However, no comments on the forms being distributed could have been fetched from the Governor’s office.

But the bone of contention is that, usually, Arizona allows its taxpayers the same deductions as permitted in federal law. So if interest paid on home mortgages can be deducted from someone’s national taxable income — the amount against which taxes are computed — the same deduction is available when computing state taxable income.

The new federal law did away with many deductions. The trade-off was a blunt increase in the federal standard deduction available to those who do not intend to itemize.

But, in Arizona, where the standard deduction remains unchanged, the following suit as Ducey proposed means fewer deductions and, by extension, more amount of taxes to be levied.

Legislative budget staff reviewed the changes, including a $10,000 cap on the deduction for state and local taxes paid, and a repeal of a miscellaneous expenses deduction.

As per their calculations, conforming to the federal law, Arizonans, without the deductions, would end up paying $157 million in additional taxes.

So, GOP lawmakers aimed to offset the additional revenues by reducing tax rates. So by the very definition of the bill, the highest dollar cuts would have gone to those who owe the most.

As per the projections by the Arizona Center for Economic Progress, there will be an effect of a 0.11 of a percentage point reduction in state tax rates at $1,174 for the top 1 percent of Arizona wage earners, those with income averaging $1.45 million. And the lowest 20 percent, those earning less than $23,688, would have seen their income taxes go down by about $9.

The offset made the legislation tough to be accepted by Ducey, as he intends to have extra cash to be deposited into the state’s “rainy-day” fund.

Though, Arizona needs a higher amount of tax for social spending, the taxpayers, especially, the lower income getters, should not be bothered much for the new taxation pattern.