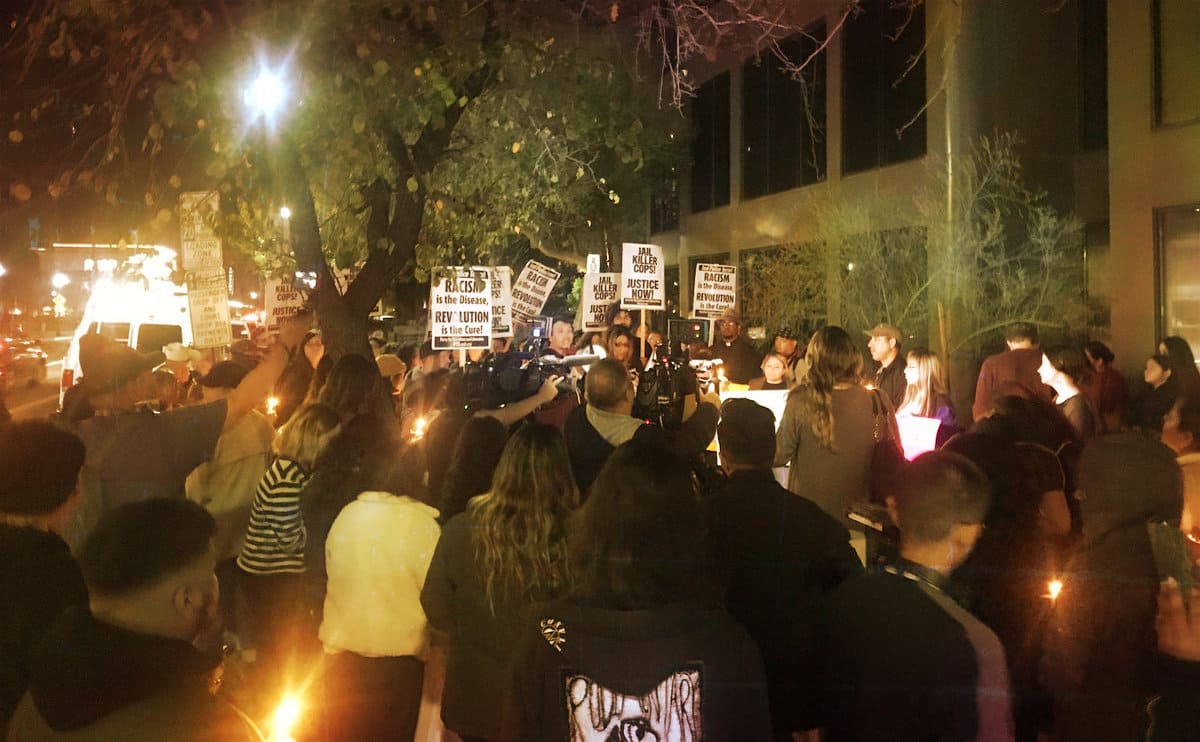 A march and vigil were organized on Saturday to honor Antonio Arce, the 14-year-old boy shot and killed by a Tempe police officer last week.

Approximate, 200 people marched through the similar alley the place where Antonio tried running from the officer. Majority of the participants carried the candles and had come with signs that read, “Justice for Antonio.” The marchers ended the march at the same place where the boy had died last week.

The protesters concluded the march by releasing dozens of balloons. Before releasing the balloon, each of the people gathered for the march chanted the name of the Antonio.

After the march came to an end, the boy’s mother placed a flower at the similar spot where her son fell when the Police shotted him. She seemed quite full of emotions as she was comforted by her loved ones.

“She’s not even doing fine,” said Jason about his mother.” “I’m not going to lie. She’s very hurt.”

Earlier, Antonio was fatally shot by a Temper Police officer near the 48th Street and Baseline last week.

The officer who shot the boy thought that he had a gun and thus fired a shot at him. However, it turned to be an airsoft gun later. The Policeman had fired two shots at the suspect from the behind which resulted in his death.

According to Jason, Antonio ran because he got scared. He also said which is quoted, “I heard witnesses saying he was screaming, ‘Oh my God, oh my God!'”

Upon being shot, the boy was rushed to the hospital by Police where he was pronounced dead.

Tempe police who is investigating the case at priority basis made available a part of the body camera video of the incident to direct the investigation.