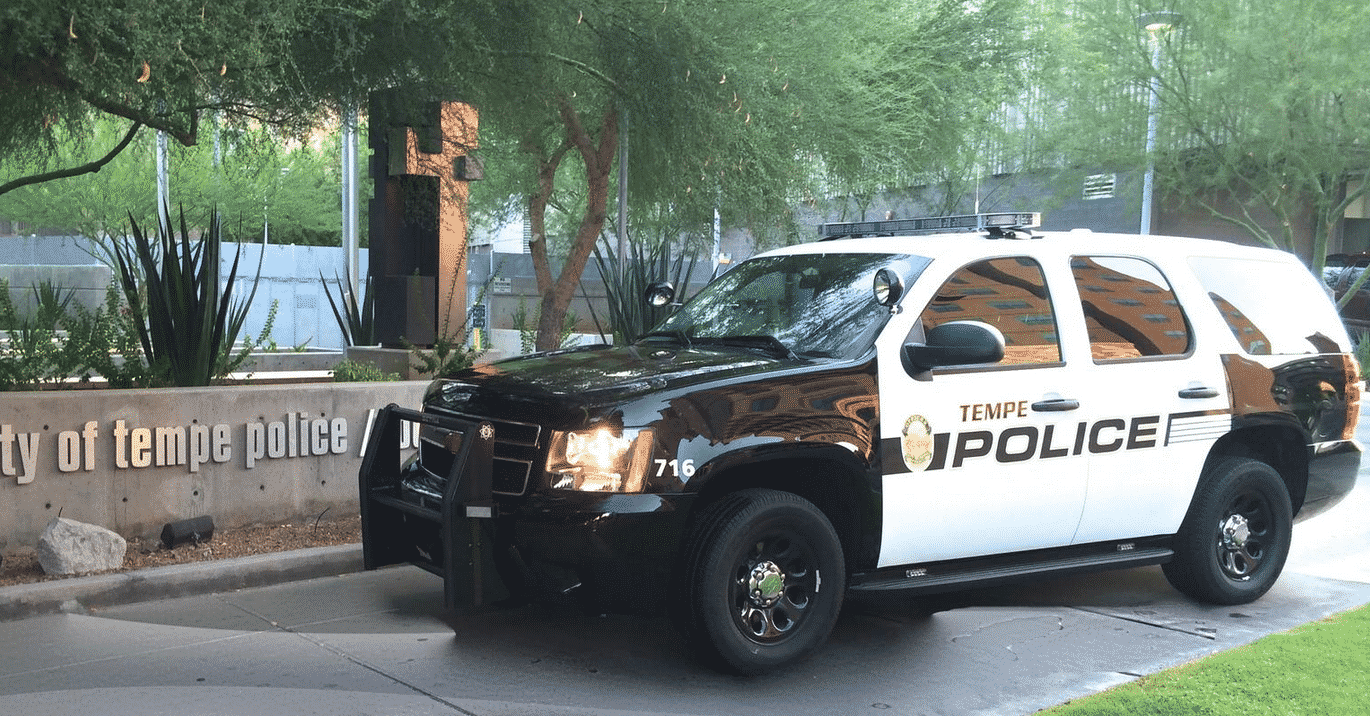 Tempe Police have arrested four people outside Tempe City Hall on Thursday night amid ongoing demonstrations following the fatal shooting of a 14-year-old by a Tempe police officer.

Loads of protestors gathered at the City Council meeting to demand justice after the Jan. 15 shooting of Antonio Arce.

The protestors have demanded that the city fire Police Chief Sylvia Moir and the officer who fatally shot Arce, Joseph Jaen.

While protesters were mostly respectful during the lengthy council meeting, patience wore thin as an hour-long zoning issue was debated.

People began chanting Arce’s name holding signs with a drawing of Arce in his football jersey that read “Justice for Antonio. Rest in Power.”

As per a tweet earlier yesterday “People inside have also started chanting “Justice for Antonio.”

Mayor Mitchell warns them that they will be removed if they don’t quiet down. Reminds them that the quicker they can get through the agenda, the faster they’ll be able to speak.”

As the protest started Mayor Mark Mitchell immediately moved to recess the meeting, and the council, Moir, who was sitting at the dais, and staff members, left the council chambers.

However, Mitchell had previously warned protestors that they would be removed if they disrupted the meeting.

Protesters then left the council chambers and continued demonstrating on the street.

As per the tweets from the Tempe Police Department, four people were arrested for aggravated assault on a police officer, disorderly conduct, and obstructing the roadway.

The tweet from the Tempe Police Department reads, “UPDATE

There have been four total arrests as a result of the protest.

1-Agg assault on a Police Officer

We respect and support the rights of those who wish to protect peacefully. Thank you. – Tempe Police.”

As per the department, no officer has been injured.

“The Tempe Police Department respects the right of those (who) want to peacefully protest, however, those who wish to engage in obstructing the roadway will be arrested,” the department wrote on Twitter.

However, the names and other details have not been shared, said Tempe police Sgt. Ron Elcock, a department spokesman.