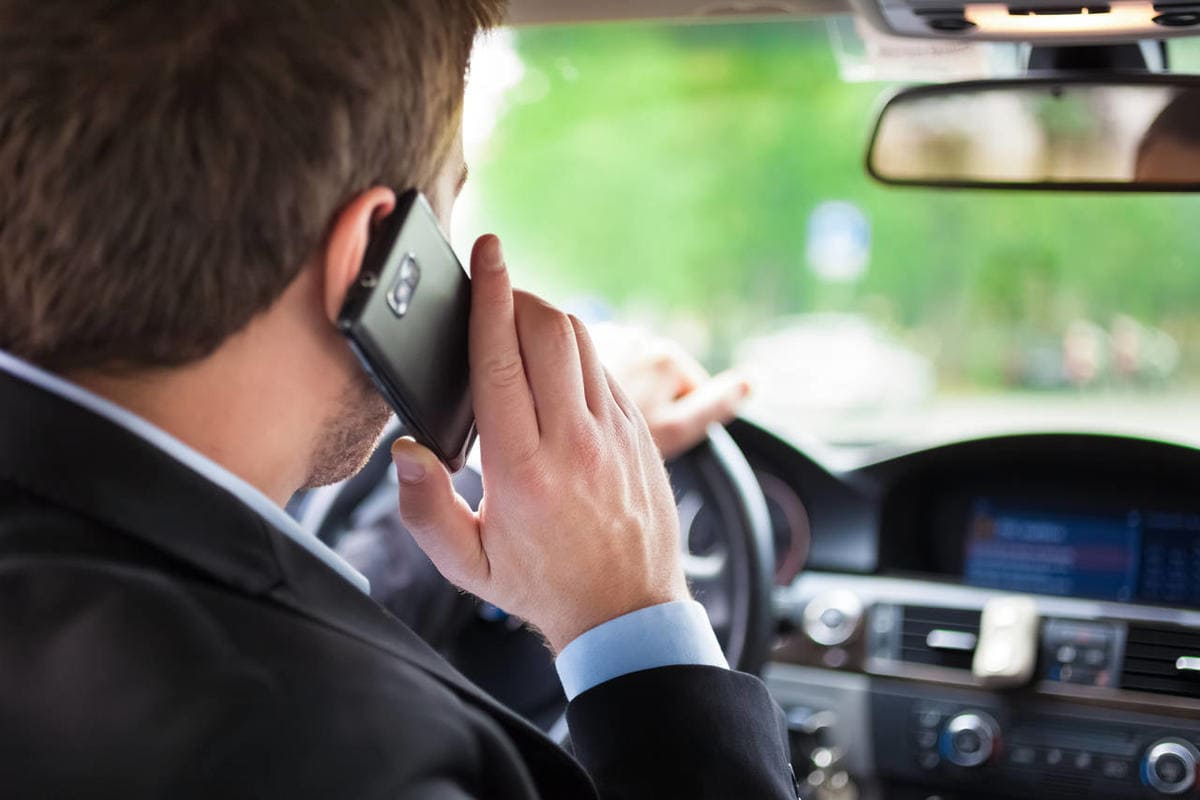 After recent deaths on the road by distracted drivers, Arizona may have its own law banning drivers from using cell phones on the road. On Thursday Peter Johnson said it’s time for state lawmakers to ban the use of cell phones while driving. He has taken a personal note on this as his daughter recently lost her husband at the hand of a distracted driver who was looking at his phone.

He said in the news conference, “It’s a social standard that everyone thinks is OK, and it’s not, we have to get the phones out of our hands. We have to stop it. This is the time. ”

The family was there to support of the bill introduced by Republican state Sen. Kate Brophy McGee, R-Phoenix, that aims at enacting a statewide ban on the use of hand-held phones while driving.

This is not the first time Arizona legislature is trying to enact such law; it had attempted to pass a similar bill but failed a decade ago.

Currently, the use of the phone while driving is only banned for new and teen drivers in Arizona. There are only three states including Arizona where texting is allowed while driving.

McGee said that this year’s effort for the legislation would be little different as there is new leadership in both legislative chambers, and they have been supportive of the proposal. The law enforcement also has given full support to the legislation as they also have lost two of their officers in similar accidents.

McGee said, “It was best stated in the panel I attended yesterday on distracted driving, this is the DUI issue of our time, and we need to educate and reculture our driving public to follow the rules.”

McGee’s bill, Senate Bill 1165, is very different than other bills introduced this year and in the past. It has a much stricter approach.

For the last 12 years, former state Sen. Steve Farley, D-Tucson, has been introducing a bill to ban texting while driving. And, last year Farley gave up his seat to contest as Governor.

Earlier this month, state Sen. John Kavanagh, R-Fountain Hills, introduced a bill introducing banning of the use of handheld devices while driving. He also had proposed a similar bill last year.

State Sen. J.D. Mesnard also introduced a related bill this year to prevent drivers to be distracted by any handheld devices that may create a hazard.

But about the new bill, McGee said the bill is specific to cell phones only as it will create awareness of the potential dangers of using it while driving.

As per the Centers for Disease Control and Prevention reports, all over the nation, about 10 percent of about 35,000 people who died in vehicle crashes in 2015 killed at the hands of a distracted driver.

The new bill would specifically ban drivers from any kind of cell phone use while driving like talking, texting, typing or browsing social media sites — unless they are using the device in a hands-free mode.

The bill also would allow a driver to activate or deactivate a feature or function on the phone — like accepting a phone call — if it’s docked on the windshield, dashboard or center console.

But, drivers would be allowed to use their phone in case of emergency, and the law will not prohibit the use of cell phones for law enforcement and emergency personnel at work.

The fine proposed for the violation would be between $75 and $149 on the first offense and between $150 and $250 on the second offense and any subsequent offense.

As per the draft, the violation of this law would be a primary offense, which means that police could pull over drivers for this reason alone.

Last year, the legislature enacted the law to ban teenagers to text while driving.

Republican Senate President Karen Fann, R-Prescott, introduced that bill specific to teenagers. She said Thursday that she would have gone further and proposed the ban for all drivers, but she made a promise to then-House Speaker J.D. Mesnard that she wouldn’t introduce a similar bill.

This year, Mesnard has got a Senate seat. Former Senate President Andy Biggs had opposed a texting ban because as per him, already-existing distracted-driving laws could be used to cite drivers on their cellphones. He is now a congressman.

Fann, along with several other state lawmakers, were present Thursday to show support for McGee’s bill. She said Gov. Doug Ducey also wanted to be there, so the bill has now bipartisan support.

But, there are some points which need a clear outline, like whether the Police have any right to check the person’s phone who has been pulled over. This angle has a privacy issue attached to this proposed bill.

But, Oro Valley Police Chief Daniel Sharp said at the news conference said that enforcing the law wouldn’t be a big problem. The officer only needs to check whether the driver is using the phone or not, and there is no need to check what the driver is doing with his phone.

Though the bill is in the nascent stage, it should be a big thing for the safety on roads. Bipartisan support should be expected after thorough review and debate of all the clauses.