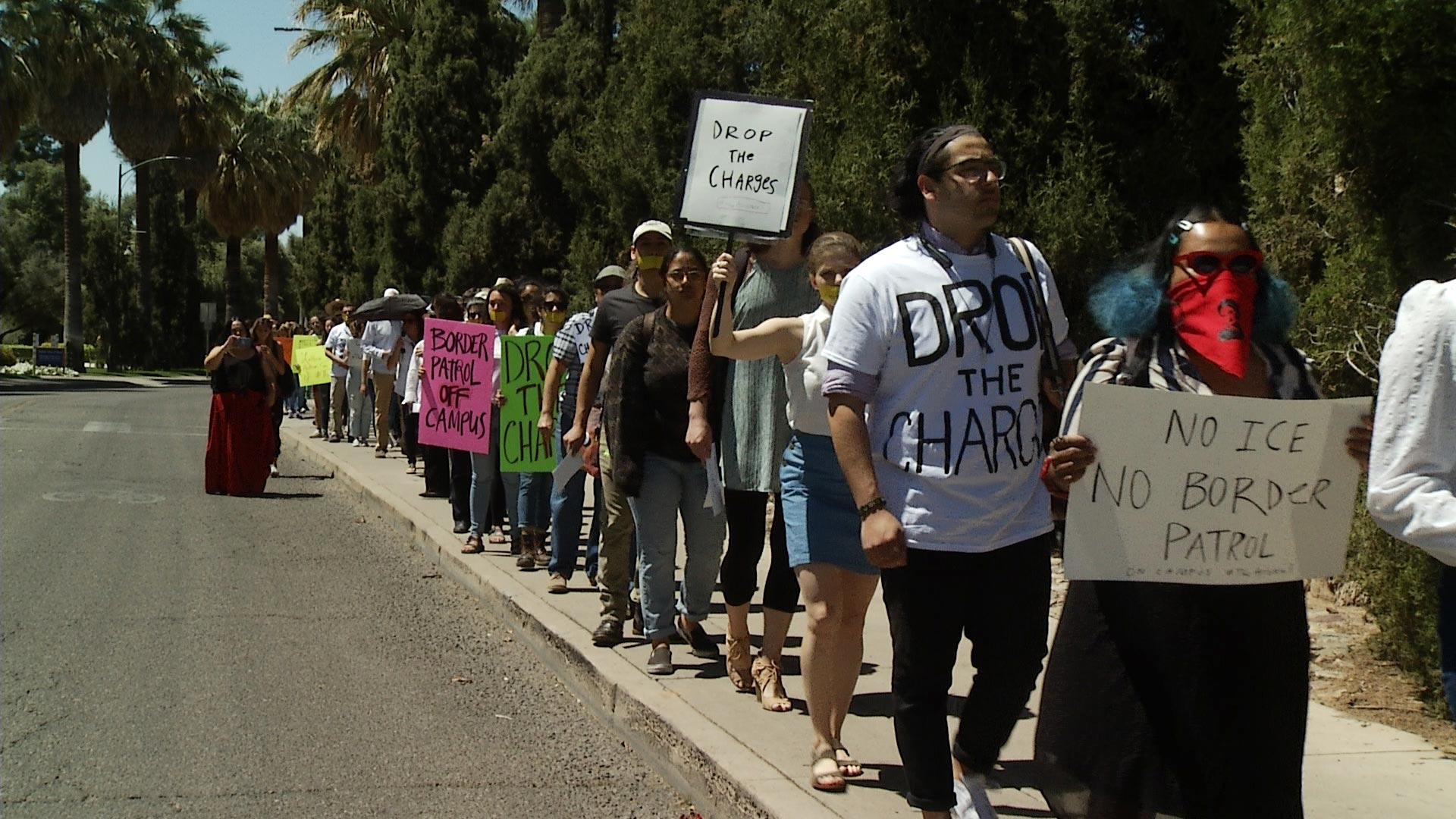 The protest staged by three students at the University of Arizona against visiting the United States Border Patrol had plunged the university into a controversy as agents were called names and eventually the students found themselves on the wrong side of the disciplinary authorities at the university. The university had charged the students for criminal conduct, and the charges that the UA brought could have resulted in jail time of around six months for the offending students. Needless to say, the move to charge students had been condemned by plenty of people, including Martin Quezada, a senator for the state of Arizona. At the time, he had said, “They’re making an example out of these students, and they are trying to ensure nobody will follow in their footsteps.”

However, in a new development, the university has now decided to drop the charges against the students. That being said, the students are still not completely off the hook, since they could still face punishment for having violated the codes of conduct of the university. The incident occurred on the 19th of March when the students called the US Border Patrol an extension of the Ku Klux Klan and needless to say, the entire episode did not go down well with anybody. In addition to that, the Border Patrol was also hurled with insults like ‘Murder Patro.’ Apparently, even fellow students were upset at the behavior of the three students in question.

However, those who support the students have stated that the trio was not violent at all and what they said is protected by their right to free speech. In addition to that, a group of professors at the university had also written to the President of the University of Arizona, Robert C. Robbins and asked for leniency towards the students. The charged had been brought by the police department inside the University of Arizona, but today those charges were dropped. However, the students in question did not show in contrition regarding the development, and in a statement, they reinforced their stance about the Border Patrol. They said, “We know that Border Patrol doesn’t keep us safe. Ice doesn’t keep us safe. Campus Police don’t keep us safe.”