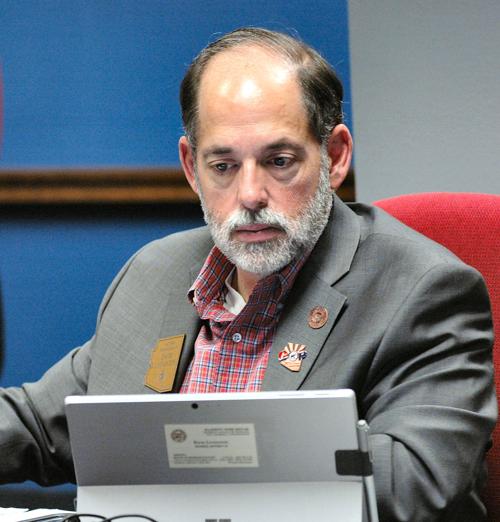 A bill that aimed at creating a database of DNA from a number of professionals, volunteers, and even dead people has been scaled back after gaining much controversy.

Sen. David Livingston, R-Peoria, the bill sponsor, has introduced an amendment to Senate Bill 1475. As per the amendment, DNA only from professionals who care for patients with intellectual disabilities in an intermediate care facility would be required.

The changes were done after a huge outcry in public after the reports of the news broke in news agencies.

Initially, the bill proposed to collect DNA from anyone who has to be fingerprinted by the state for a job, to volunteer in certain positions, to get a real estate license, to serve as a foster parent or for one of many other reasons.

The bill also authorized the medical examiner’s office in each county to take DNA from any bodies that come into their possession.

However, the amended bill seems to focus more on addressing the recent incident at Hacienda HealthCare in which an incapacitated patient of the intermediate level care facility was raped and impregnated. Police could tie the alleged crime to nurse Nathan Sutherland using DNA after the woman unexpectedly gave birth in December.

The new bill after required amendment would require anyone who is required by law to submit fingerprints and “provides direct care” in a nursing care facility for individuals with intellectual disabilities — like Sutherland — to submit their DNA.

This rule could have expedited the Hacienda investigation as the DNA would have already been on file.

However, Livingston has not stated whether the proposed legislation was crafted in response to this crime. He did not respond to media for any comments on this bill.

Under the amended bill, the Department of Public Safety would still maintain the collected DNA alongside the person’s name, Social Security number, date of birth and last known address.

As per the bill, a $250 fee could still be collected from a person who submits biological samples.

The data in the DNA database could be accessed and used by law enforcement in a criminal investigation. The bill also facilitates sharing data with other government agencies across the country for licensing, death registration, to identify a missing person or to determine someone’s real name.

It could also be provided to someone conducting “legitimate research.”

SB 1475 is scheduled for public hearing at 9 a.m. Wednesday before the Senate Transportation and Public Safety Committee. In order to advance the bill to the full Senate, the amendment, as well as the bill itself, must pass the committee.