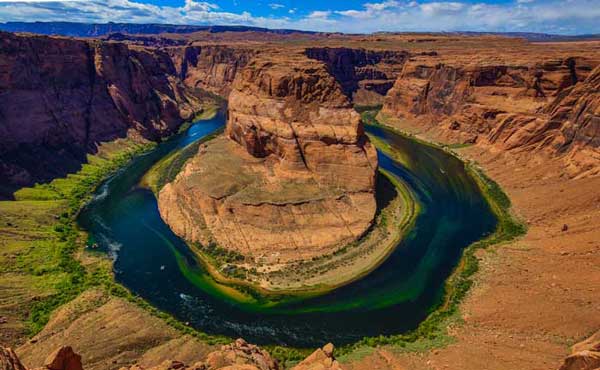 As per some experts, there is no cause of alarm about a Grand Canyon safety manager’s allegation that thousands of people may have been exposed to dangerous radiation over nearly two decades inside a National Park building.

The bone of contention has been three buckets of stones believed to be uranium specimens that were collected decades ago. The stones were stored from 2000 to 2018 in a museum collections building sometimes visited by tourists and students, as well as employees.

Recently, Elston “Swede” Stephenson, federal health and safety manager at the South Rim, wrote letters warning colleagues, members of Congress and media that untold numbers of people may have been endangered, yet National Park Service officials struck a “secrecy pact” and did not notify the public.

Stephenson made the alarm call based on radioactivity readings gathered by Park Service officials, which were found hundreds of times higher than thresholds set by the government for exposure to radiation.

The matter is being investigated by the U.S. Occupational Safety and Health Administration and the Arizona Bureau of Radiation Control, and they denied making any comment on this issue. However, they said readings at the building taken after the contents of the buckets were dumped into a defunct uranium mine show no danger.

The controversy went viral this week. After the news broke in, a number of experts, however, declared that uranium merely is not a threat to humans, and questioned either the radiation readings taken by the Park Service or Stephenson’s interpretation of that data.

“It’s just a bucket of rocks,” declared Craig Little, a health physicist who worked 25 years at the Oakridge National Laboratory and now serves as a consultant at uranium producing facilities. “I wouldn’t line my baby’s crib with it, but …”

As per Little and Modi Wetzler, chemistry professors at Clemson University who study nuclear waste, there are three types of radiation, and uranium ore emits almost exclusively the least-dangerous alpha particles.

As per Wetzler, alpha particles are dangerous if inhaled or swallowed, but not externally dangerous because they can be absorbed and rendered harmless by a sheet of paper, a few inches of air, or a person’s outer layer of dead skin.

“The safety manager doesn’t know what he’s talking about,” Wetzler said. “Uranium ore would have a (radiation) value of zero. Either that, or it’s not ore, and there’s some communication problem.”

Wexler later revised his criticism, saying when uranium is stored for many years in closed containers “it is possible radioactivity would have built up,” though not to the level described.

However, Little offered a different theory. He along with other experts in the Health Physics Society suspect Park Service employees who measured radiation levels near the buckets may have erroneously read the results by a magnitude of 1,000.

For instance, the Park Service report shows radioactivity at “13.9 mR/hr’’ near the buckets, referring to milliroentgens per hour. While that would be dangerously high, he added, uranium could not possibly cause such a reading.

“It’s not even a regulated material,” Little said, adding that the only danger is if someone swallowed the mineral or inhaled it.

Others who claimed expertise in this rejected the letter and termed this alarm as a “scare story” or “fake news.” The report circulated so widely that the Hualapai Tribe issued a news release Tuesday clarifying that its resort is known as Grand Canyon West “is NOT part of Grand Canyon National Park.”

As per Stephenson, as he is not a scientist, he checked his calculations with experts. He also noted National Park employees were fearful enough that they removed the buckets by lifting them with a mop handle, and OSHA technicians wore full protective gear when they visited the building.

Given all these factors into account, Stephenson said, he had an obligation to alert Grand Canyon employees and the public when Park Service administrators failed to do it.

As per State and Federal officials, they do not expect to complete their inquiry until spring.

In the meantime, the mystery continues as what was in three 5-gallon paint buckets, where the materials came from, and whether the rocks presented a threat remains unsolved.

But, it is clear that the problem was isolated to a single building at the canyon. It affected no danger to the overwhelming majority of visitors. As per authorities, even in that building, there is no evidence of radioactivity which is hazardous for the human.