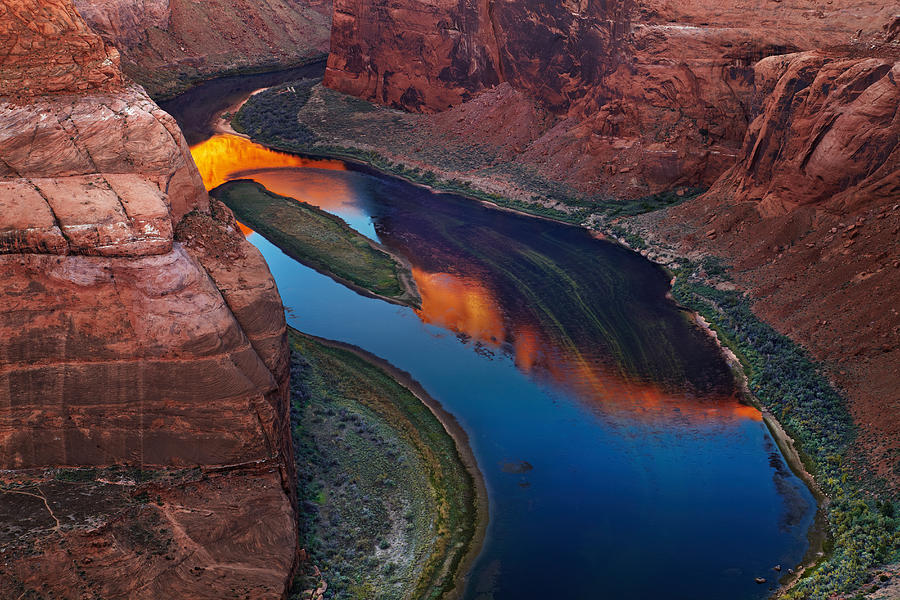 Just before the much talked about Colorado River Plan is being wrapped off, a dispute that has the potential to sink the deal has come up.

Gov. Stephen Roe Lewis of the Gila River Indian Community said in a statement Thursday that a decision by House Speaker Rusty Bowers to move forward with a controversial water bill endangers the community’s plan to support the drought agreement.

The Gila River Indian Community’s participation is significant because it’s given about a fourth of the Colorado River water that passes through the Central Arizona Project’s canal, and it also has offered some water to make the agreement successful.

It should be noted that Lewis had previously objected to the water bill introduced by Bowers, stating the legislation threatens the community’s right on the water which was finalized under a settlement reached in 2004. Lewis had shown his objection by writing to the state’s top water managers last month.

This week, Lewis got to know that Bowers has decided to go forward with the legislation, House Bill 2476, and discuss it during a committee hearing on Tuesday. He said that action puts at risk the community’s ability to participate in Arizona’s piece of the three-state Drought Contingency Plan, or DCP.

“While Speaker Bowers’ action may have placed the future of DCP in serious jeopardy, it will not shake our determination to protect our water settlement,” Lewis said in the statement.

At the time of registering his opposition to the bill last month, he said it would “interfere with litigation in which the Community has prevailed.”

He was referring to a 2017 ruling by the Ninth U.S. Circuit Court of Appeals, which found that a group of farmers near Safford, in south-eastern Arizona, sacrificed rights to Gila River water under the state’s water rights forfeiture law because they hadn’t diverted the water for more than five years.

According to Lewis, if the bill goes forward and amends parts of the water rights forfeiture law — often described as “use it or lose it” — then the community “will be put in the unfortunate position of having to choose between preserving our water settlement and moving forward with DCP.”

“I am sorry that we are being put in this position,” Lewis wrote in the letter to state water officials last month, “but this bill, introduced without warning and discussion with the Community, represents a clear threat to our water settlement rights.”

Bowers, a Mesa Republican, said that the bill had been erroneously introduced and that he planned to freeze it until after a drought plan was finalized. He said he wasn’t tying the measure to the drought plant and “they are not related in any way.”

Matt Specht, a spokesman for Bowers, said the speaker would not comment about that matter for now. He said that Bowers would make comments on the bill when it would come up next week in the House Natural Resources, Energy and Water Committee.

It should be reported here that Arizona’s Legislature passed the water legislation on Jan. 31 approving the state’s participation, along with California and Nevada, in the Drought Contingency Plan for the river’s lower basin. The deal would make Arizona take less water out of Lake Mead, which is now just 40 percent full, to prevent the reservoir from falling to critically low levels.

Arizona officials are still trying to reach a list of more than a dozen internal water deals that need to be signed to make the plan work. Two of those agreements would require the approval of the Gila River Indian Community.

“The Community has been very clear about its priorities and principles as we have worked with the other Arizona parties” in crafting the plan in the state, Lewis said Thursday. And he said while the community’s leaders have remained committed and made sacrifices in the negotiations, they’ve insisted “that we must protect all tribal water settlement rights, including our own.”

For Lewis, the effort to defend his community’s water settlement is a personal issue, and it has been bound up in the long history of how Arizona tribes saw their water taken away by settlers. Starting more than 150 years ago, dams are built along with diversions drawing away the water that Lewis’ ancestors depended on for farming.

Lewis’ late father, Rodney Lewis, assisted in winning the Gila River community’s historic water settlement in 2004 after a decades-long legal fight. As governor, Lewis has vowed to fight “against a second taking of our water.”

He said the bill introduced by Bowers “is specifically intended to target the Community’s efforts to enforce its water settlement rights against a very small group of the farmers located in only a small portion of the Upper Valley of the Gila River.”

Lewis repeated that unless the bill is withdrawn, “the Community will unfortunately not be in a position to sign on to any of the agreements” that are necessary for implementing the state’s plan.

President Trump’s administration has been trying hard to make a consensus on the Colorado River Drought Contingency Plan, but it is still not clear whether that will happen before a March 4 deadline set by federal Reclamation Commissioner Brenda Burman.