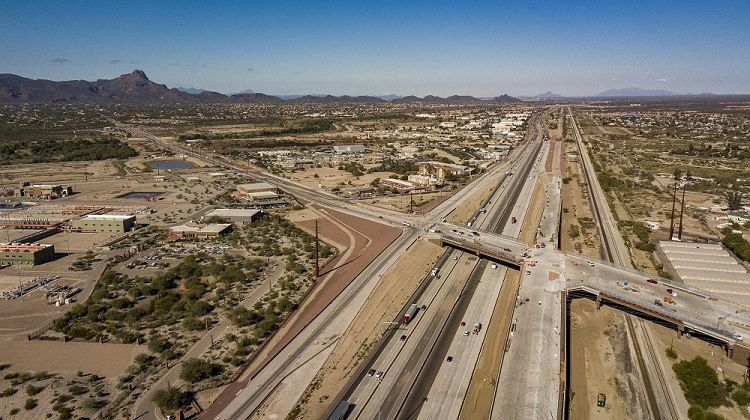 Transportation officials are hoping for loads of new benefits, seen and unseen, for motorists, once the $128 million Ina Road interchange project is complete.

As per the expectations of the Arizona Department of Transportation, the interchange project will be ready to use by mid-March, about 25 months since closing the busy area for construction.

One of the major benefits will be new traffic cameras to better manage traffic volume. Officials will be able to determine properly ensuring motorists have the most efficient ride possible.

As per Tom Herrmann, an ADOT spokesman, seeing motorists operating normally in the area means the cameras are doing their job.

“The idea there is to get a good traffic count and be able to adjust things on the fly.”

It should be noted that the cameras installed on traffic lights and will give a 360-degree view of the intersection where the I-10 off-ramp meets Ina Road.

Herrmann said the installed cameras would be working only for traffic management, not for enforcement.

Another benefit of the intersection is- drivers won’t have to deal with is the closure of a travel lane to fix traffic signals, which traditionally have been installed under the pavement to determine traffic volume. With the assistance of updated cameras, crews won’t have to cut into the road to fix a sensor.

As per him, it would make it smoother, simpler and less expensive to make changes. There won’t be a major effect on roads, and the adjustments can be made in comparatively less time.

And there would be no longer delays as well at the railroad crossing on Ina. New bridges would allow motorists to pass over the trains.

The interchange completion will also signal the reopening of the Orange Grove Road exit from I-10 west. It was closed due to worries that too much traffic, unable to get off at Ina, would back up that exit, posing a serious safety problem.

Even after the opening of interchanges, Ina Road will still see some widening work toward the Santa Cruz River. It will be completed by May, Herrmann said.

“We’re looking forward to getting this complete and letting the community benefit from what we’ve been doing for the past 25 months.”

Crews will be working on Ina Road near interchange project. Construction crews will reduce westbound I-10 to one lane Tuesday night for barrier work related to the new interchange. It is set to open next month.

The work has been scheduled to last from 8 p.m. to 5 a.m. Wednesday between Cortaro and Sunset roads.

Drivers are advised to be cautioned, slow down and watch for active personnel and heavy equipment in the area.