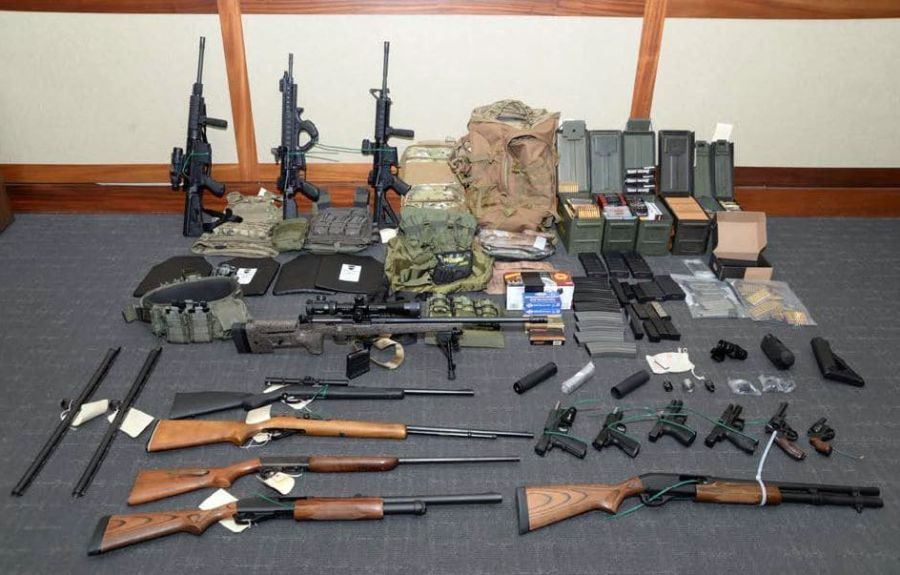 A U.S. Coast Guard lieutenant suspected of plotting to kill politicians and journalists as part of a terrorist attack seems to have Arizona ties.

As per a report from the New York Times, Christopher Paul Hasson graduated from Greenway High School in Phoenix in 1987 before joining the Marine Corps the following year.

However, the representative from the Glendale Union High School District didn’t immediately respond Sunday to a request for comment.

It should be noted that Hasson, 49, who worked at Coast Guard headquarters in Washington, D.C., was arrested on Feb. 15 on gun and drug charges.

The arrest of Hasson made huge national headlines after prosecutors announced he had stockpiled weapons since 2017 while adding the names of Democratic congressional leaders and journalists to a list of targets.

His list also included journalists. His list of targeted journalists consists of Chris Hayes, Joe Scarborough and Ari Melber of MSNBC, along with Don Lemon and Van Jones of CNN.

As per the court document, he searched online for “best place in dc to see congresspeople,” “civil war if trump impeached” and “where do most senators live in dc” on the same day he created his list of targets.

As investigators’ claim, Hasson sent himself a letter in which he described himself as a longtime white nationalist.

“We need a white homeland as Europe seems lost,” the letter reads.

According to the court document, in February, investigators obtained a federal warrant to search Hasson’s “cramped basement apartment” in Maryland, where agents found 15 firearms and more than 1,000 rounds of ammunition.

As per authorities, Hasson purchased the firearms between February 2017 and April 2018.

The document says, investigators also could find the narcotic tramadol and over 30 vials of human growth hormone to “increase his ability to conduct attacks.”

“The sheer number and force of the weapons that were recovered from Mr. Hasson’s residence in this case, coupled with the disturbing nature of his writings, appear to reflect a very significant threat to the safety of our community, particularly given the position of trust that Mr. Hasson held with the United States government,” U.S.  Attorney Robert K. Hur said in court, according to the New York Times.

However, Hasson’s defense attorney said he had served in the military for 28 years and had no criminal record. She called his stash of weapons “modest at best.”

A federal judge ordered that Hasson be held for an additional 14 days on Thursday. In the meantime, the investigators will be deciding whether to file terrorism-related charges.