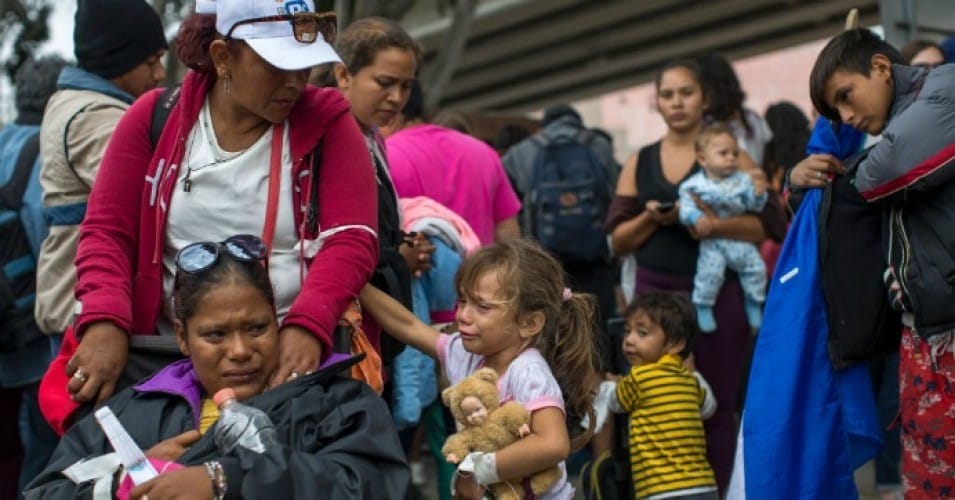 On Saturday afternoon the United States Immigration and Customs Enforcement agents dropped off a group of migrant families in front of a Greyhound bus station in Phoenix.

Members of a local church set up tables with soup, muffins and an assortment of fruit beforehand at the station at 2115 E. Buckeye Road to feed the families while mapping out warm places they can stay.

As per a church member, the bus, which arrived around 1 p.m., was the second one from ICE that day. ICE had dropped off a busload of migrants before 10 a.m. as well.

Since October, the Greyhound station stop deviated from the local churches to which ICE has typically brought its recently released detainees.

Yasmeen Pitts O’Keefe, a spokeswoman for ICE, confirmed that the agency had dropped off migrant families at the Greyhound station stating the organizations it usually works with couldn’t accommodate them.

However, O’Keefe didn’t confirm how many people ICE has released in Phoenix so far.

Initially, Church volunteers were open to speaking to media houses, but later they asked to be kept anonymous after speaking with one of their leaders. The members explained that media exposure could draw ire from ICE and Greyhound representatives.

Similar cases of humanitarian aid have also bred conflict with members of Patriot Movement AZ, a small, right-wing group known for protesting outside churches that help and house migrant families.

The group is also known for having posted the addresses and phone numbers of the churches on social media, leading to an influx of calls from irate people. The group’s strategy has led at least one pastor to re-examine whether to accept migrant families in the future.

However, the group didn’t appear to be at the station on Saturday. Security persons at the premises instructed the media persons to leave the station before the migrants could be interviewed.