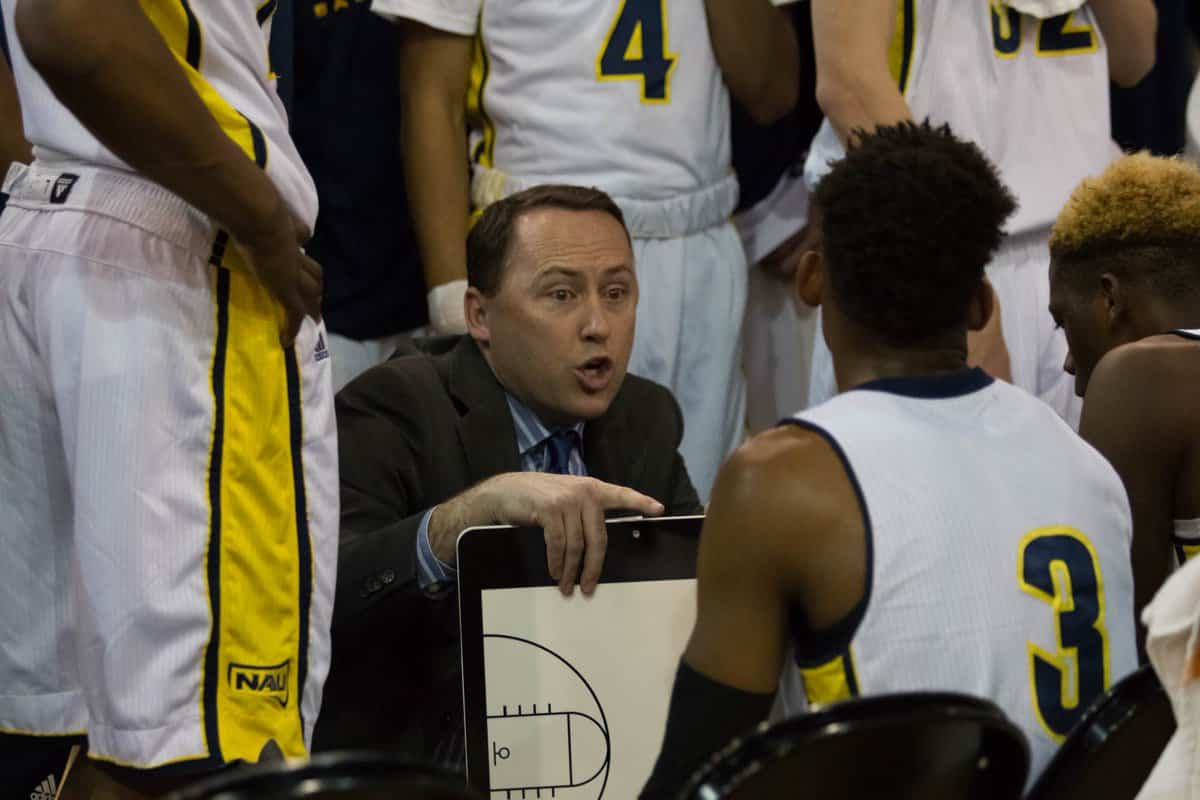 Past eight seasons, Jack Murphy has played various roles in Lute Olson’s staff such as administrative assistant, operational director, team manager, video coordinator, and recruiting coordinator. Now, he is resigning from the NAU head coach and heading towards a new journey as new associate head coach.

Northern Arizona will replace Jack Murphy with an interim head coach; they will have a new head coach for the season 2019-2020. Jack Murphy will work for Sean Miller as an associate head coach at the University of Arizona.

Jack Murphy resigned from his post of NAU on Sunday night; both the schools announced the news. Mark Phelps is on paid leave from February and will be the head coach of NAU. The contract details were immediately not disclosed to the public.

“There isn’t another school in the country my wife, and I would leave NAU for, When Coach Miller called, it brought back so many memories and emotions. It’s something I could not pass up for my family. Being an Arizona Wildcat, It’s in the fabric of who you are always.”

Jack Murphy has dual degrees; undergraduate and master’s degree from UA.  He will be turning 40 in the next month. Murphy’s wife Michelle is the daughter of Jim Livengood- the former athletic director of UA. They have three children.

Miller also spoke in a news release that he is very happy and thrilled to welcome Jack Murphy once again. Jack has worked at different positions and has invaluable experience in these fields. He also has experience both in head coaching, NBA pedigree, and recruiting at the national level of college basketball, one of the amazing things is, Murphy brings love for our community and basketball in Arizona. The love he brings is something that I have not seen in any other coach I met, reiterated Miller. He is a wonderful person, an outstanding coach, and a caring family man. Miller added that as they are preparing for an impressive year, entire members of the program are looking ahead to work with this amazing person.

Jack Murphy is expecting to help the Miller’s team to reach to the NCAA Tournament, which they had missed for the first time since 2012.

Under the regime of Miller, Arizona noticed its second-lowest winning percentage and also it was Miller’s worst one during his first year with the program.

The school immediately announced the NAU’s interim head coach would be Shane Burcar. Marlow –NAU’s Vice President for Intercollegiate Athletics Mike, stated in a news release that he was blessed to have a coach to head the program as Interim Head Coach with Shane’s basketball understanding.

He later said: “Assistant Coaches Jason Sanchez and Gaellan Bewernick along with the returning talent and leadership on our squad, provide many of the necessary ingredients for Coach Burcar to lead a seamless transition.”

The NAU will be organizing a nation-wide search to find the next head coach, and it will not be a surprise if Shane appears as a strong candidate. It has been our practice, and we will put all our energy towards the success of this season and will conduct a complete review of the program at the end of the 2019-2020 campaign.