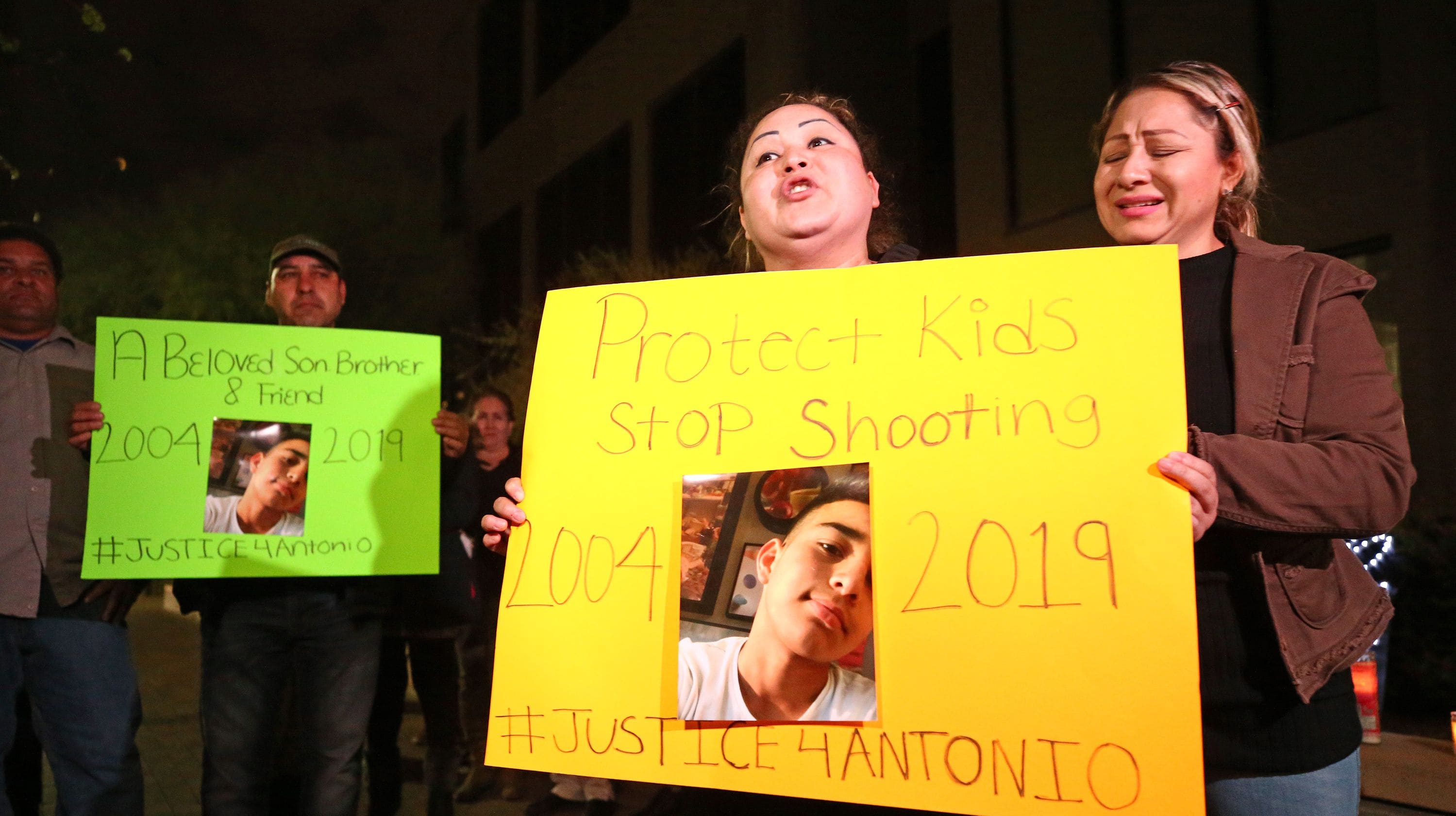 The family of the boy identified as Antonio Arce and other local organizations was present there. Sandra Gonzalez, the boy’s mother shouted at the Police that the Police officers killed his son. She added the worst form of Racism exists in Phoenix and the officers treat them as criminals and they want justice. It should be reported here that the family had an origin of Spain.

The boy’s brother Jason Gonzalez, holding back tears said all they want is to see the body-cam footage of the whole incident, and they want the autopsy to be done on their presence only. He also added that the Police department had not allowed the family even to see the body of the boy or reveal any details about the shooting like how many times he has been shot at or on which part of the body he was shot at. He said it is very hard for them and they want justice.

The Tempe Police department has issued a statement stating that the officer who shot at the boy was wearing a body camera.

The protest after a while grew more heated and the protestors began shouting angrily at Tempe police officials who were monitoring the situation from a distance.

There were signs like “Justice for Antonio,” “Protect Kids – Stop Shooting” and “Jail Killer Cops.”

There were also shout like “No Justice, No Peace,” and “No Racist Police.”

Redeem Robinson addressed the crowd by saying he had been tired of seeing mothers cry and weep over their sons’ murder by the Police department.

He said to Antonio Arce’s mother that she had gained a family of her own in that crowd and they would fight until she attains justice. He said the Tempe Police should not be able to eat and sleep in peace until justice is served. The crowd shouted ‘No Justice, No Peace,’ He also added that they must interrupt and disrupt until these families right here get justice for their sons.

Christopher Hanlon, one of the participants of the protest said that he was very angry at the turn of events and the shooting shocked him as he also had a daughter of the same age as to Antonio Arce. He added that he couldn’t even imagine the pain of the mother; their children were the most precious things for them, and the loss of them is beyond words.

He opined as per the records and information available; the shooting was not necessary.

At one point the group also verbally clashed with a passer-by who defended the police and justified that shooting at Antonio Arce for the own safety of the officer.

Just before 8 p.m., the crowd moved onto Fifth Street, which had already been blocked off to traffic.

The shouting and sloganeering continued for some time before few officers presented there warned the crowd to vacate the area. Otherwise, they would have to be arrested. Some protestors responded by hurling expletive terms at the officers, and most stayed in the street.

Citing potential verbal clashes with police may turn violent, group organizers called an end to the protest by about 8:20 p.m.

As per Tempe Police’s statement, the first responding officer found the teen burglarizing a vehicle and said he ran from the officer. While chasing the suspect, the officer verbally warned him when the teen showed the gun. After perceiving a threat from the teen with a weapon, the officer shot at him and later at the hospital the teen was pronounced dead.

The weapon with the teenager was a replica 1911 model airsoft gun, which police said was stolen from the vehicle. But, it is still unclear whether the boy pointed the gun at the officer or not.

With rising cases of officer-involved shootings, there is one dimension which needs to be examined on a priority basis. That is racism. In most of the cases, people with color or different origin have been targeted by the Police. So, with due training and clear guidelines to handle these cases, the issue can be resolved.