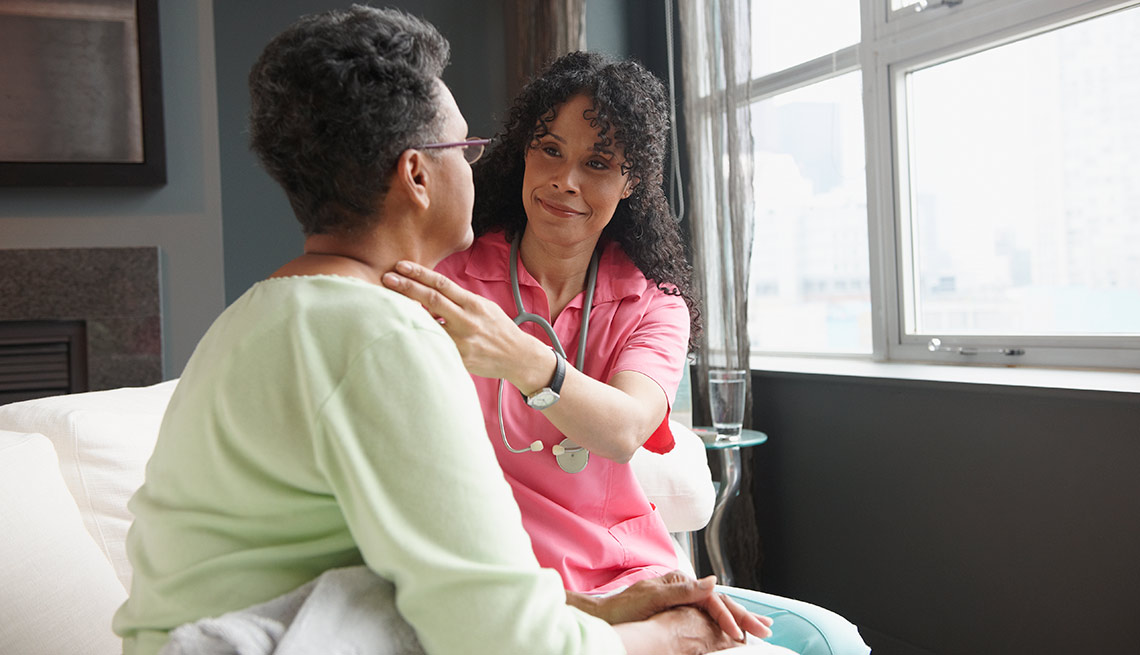 There is a growing shortage of home-care workers all over the United States. And it is expected to create 1.4 million jobs by 2026 as the population is growing much older in the U.S.

And in Arizona, about 41000 new jobs for direct-care workers are expected to be created over the next seven years. The assumption has been made by Stephen Campbell, a policy analyst for the Paraprofessional Healthcare Institute, a non-profit based in New York City. The institute is working to make long-term services for the elderly and those with disabilities better.

The role of home-care givers including personal-care aides and home-health aides is crucial as they assist the elderly and physically disabled in their homes. The caregivers assist the elderlies with bathing, dressing, cooking, cleaning, laundry and running errands so that clients can remain in their homes rather than move to assisted living or nursing facilities.

Their jobs can be difficult sometimes, as some of their clients suffer from illnesses or cognitive impairments, and their low wages become another burden coupled with no employee benefits. This is the reason the industry is facing high employee turnover.

Judy Clinco, founder and president of Catalina In-Home Services, the reason for this state of this sector is the lack of planning by public agencies, health-care providers and families for the long-term late-in-life care of seniors. And the “tsunami of (aging) baby boomers” has hit making the issue much worse.

Clinco is a registered nurse, and she founded the home-care agency in 1981 when her mother needed support to remain in her home. She said, “Families have not had discussions about what is needed now and in the future for their parents, and where it will be provided as they age.” She also emphasized that discussions about costs and what families can afford with respect to the home-care need to be happened in families.

In most families, adult children usually take care of their aging parents. But there are families where this might not be possible because of their jobs, or they live out of state, or they need help because of their parents’ declining health. There also people who never had children or married, they also need the care.

As all the stakeholders in this sector like companies, communities and government officials accept this fact, they will also have to consider the fact that the turnover rate of employees in the industry is high and must be remedied as Americans live longer, and 10,000 baby boomers will be turning 65 each day until 2030.

There are certain factors like low pay, part-time hours, shifting schedules and lack of benefits, which are responsible for this high turnover.

In Arizona it is expected to have 129784 jobs opening in the healthcare industry including the nearly 41,000 new openings to meet rising demand, falling just below the number of forecasted opportunities in retail sales, cashiers, fast food and customer-service jobs, said Campbell, of the non-profit Paraprofessional Healthcare Institute.

Campbell said, “These occupations have low barriers to entry and offer wages that are similar to those in home care, so competition for workers will continue to be tight.”

W. Mark Clark, president, and chief executive officer of the Pima Council on Aging, said the industry is aware that wages and benefits to the employees have been an issue. He also noted that home-care workers are getting paid more than that of Arizona’s minimum wage of $11 per hour.

Along with that, there are some exemptions in state law that require businesses to provide workers with paid sick time.

Some agencies provide certain level of health care coverage, said Clark, “unfortunately, like all employer-sponsored health care, all have co-pays and deductibles, which can make it hard for employees to make use of it.”

He added that business only have to provide health benefits for employees who work more than 30 hours a week, and most of the health care workers are hired on a part-time basis.

One way of bringing youths to fill up the jobs that are expected to be created is by getting high school students interested in home-care careers through the Pima JTED Career and Technical Education District. The district offers training for a personal assistant or caregiver who works in homes.

Clark said, “At the end of the day, it comes down to costs and revenue.” He added, explaining that the council on aging owns PimaCare at Home, the only home-care provider in the county whose workers are represented by a union, agencies are funded by the state and “we turn around and pay the providers.”

As per a study by research economists Gal Wettstein and Alice Zulkarnain at the Center for Retirement Research at Boston College, as the life expectancy of Americans is growing, around 17 percent of adult children care for their parents at one point in their lives.

As per U.S. Census Bureau, by 20135, for the first time in U.S. history, older people will outnumber children. As per the prediction of Jonathan Vespa, a Census Bureau demographer, “78 million people 65 years and older compared to 76.7 million under the age of 18.”

Looking at the status of the aging population in the State, it is high time for the lawmakers to consider this with seriousness.