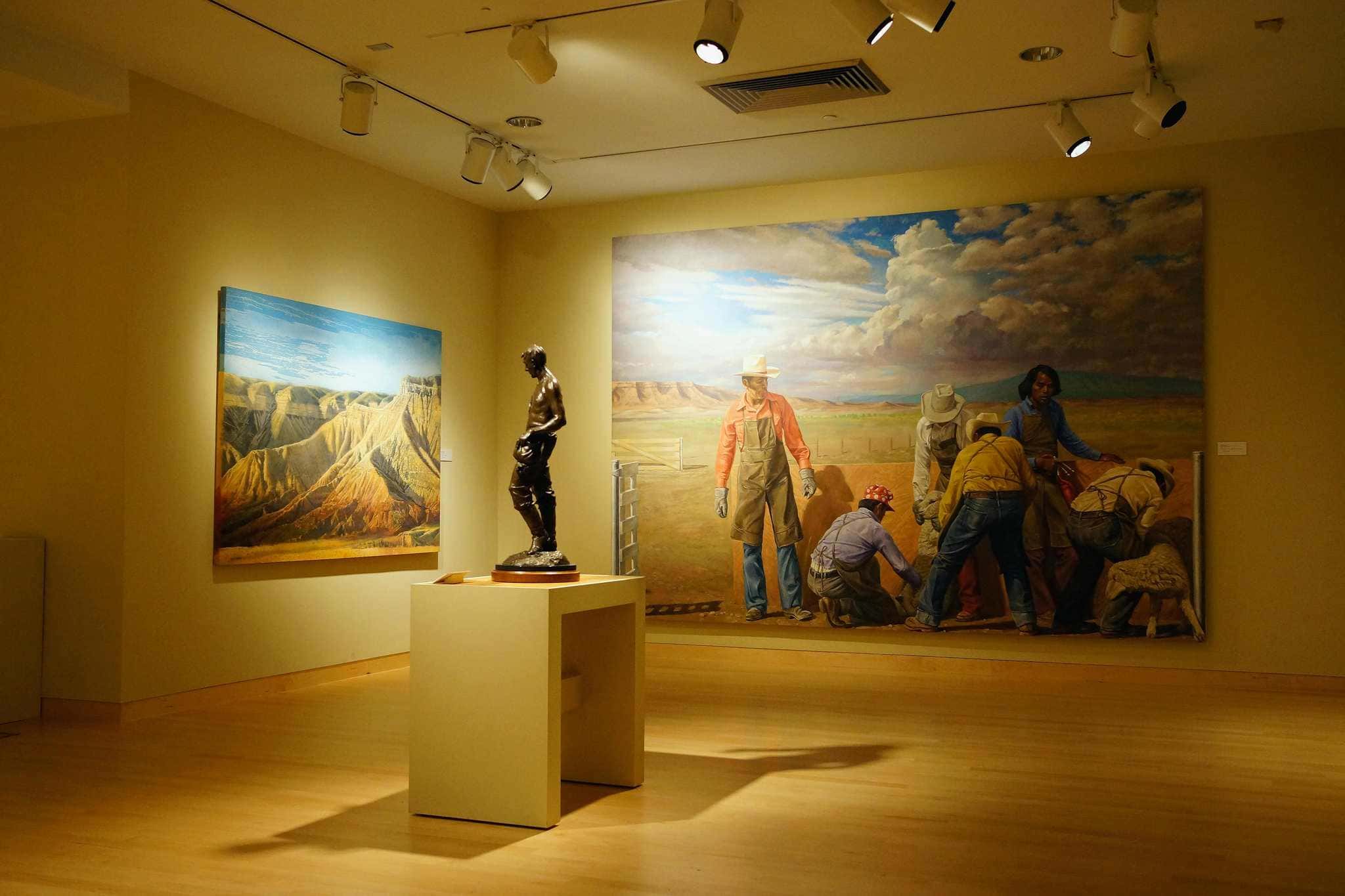 If the first draft of our whirlwind Phoenix holiday tour egged you on to be more outdoorsy, then this sequel is planned to let you enjoy the warm indoors. Presenting some of Phoenix’s indoor wonders aka museums.

Arizona Science Center: Wish to enjoy a White Christmas in Phoenix?
No, it doesn’t snow at Phoenix. However, Arizona Science Center seems to have some inkling of your wish, for it has organized a Snow Week for people of all ages. From snow angels to snowballs to snowman at this magical Winter Wonderland though you may want to make an early appointment since the fun lasts till 1 January 2019. You may channelize your inner Harry Potter as the center plans to organize a Hogwarts style Yule Ball for muggles as well as witches and wizards on the New Year’s Eve.

Other attractions include Cosmic Playground-for all space lovers (age no bar), Mummies of the World-an exhibit of 40 real human and animal mummies and 85 rare artifacts from around the world. And again, the Dorrance Planetarium- deemed to be one of the largest and technologically advanced planetariums in the nation, it features shows like Laser Pop, Grand Tour of the Solar System, Ice Worlds among others.

You may want to buy tickets in advance to make the most of your science sojourn. A science museum situated between 5th and 7th streets on Washington Street in Heritage Square, Arizona Science Center is accessible from Heritage Square, facing Monroe Street. Opened in 1980s, its motto is to inspire, educate, and engage curious minds through science. It hosts some events daily. You may find the itinerary on its official website.

Heard Museum: Get a Lowdown on American-Indian culture and more

Holidays at the Heard is said to be a Phoenix tradition for families and visitors alike. Commencing December 26, the fun bonanza continues till December 30, 2018. What’s on the menu? Well, there’s American Indian music, dance performances, hoop dancing, and fancy dancing. Also, giving you a demonstration of the Arctic Tundra lifestyle would be staff from the Arizona Science Center about the varying degrees of cold in the Arctic. Aiming to applaud today’s artists and their diverse laurels, the museum through its exhibits and first-person voice wishes to narrate wonders of American Indian cultures. Its award-winning exhibits are a feather in its cap. With a horde of events listed, Késhjéé’: Navajo shoe game caught our fancy. Did you know that during the chilly winters, the “Shoe Game” is played in Navajo communities? It is to “strengthen communal bonds, teach Navajo philosophy through song and to have fun too.”

Since over 60 years, the Phoenix Art Museum has been enthralling citizens and visitors to visual arts and educational programs. Also, it has earned the distinction of being the largest art museum in the Southwestern United States. The museum hosts a variety of events, tours, films, lectures, exhibitions, special programs to “enlighten, entertain and stimulate visitors of all ages.” Its permanent collection proudly presents over 19,000 works of American, Latin American, Western American, European, Asian, fashion design as also of modern and contemporary art. In partnership with the Center for Creative Photography, University of Arizona, it also organizes photography exhibitions.

The Arizona Commemorative Air Force Museum: Salute war heroes, flashback to the past and also get a dash of aviation fun

The only combat aviation museum in Phoenix, the Arizona Commemorative Air Force Museum channels your inner soldier even as it gives you a peek in the past via its edu-venture. Located about 20 miles east of Phoenix in Mesa, the museum echoes gutsy inspirational narratives told via its collection of artifacts, working hangar and exhibits. Their museum docents are always ready to answer any questions or even lead a tour. You may even book a flight in any of the authentic “warbirds” of your choice. Their mission: to restore, preserve, and remember the ingenuity and sacrifices of past generations.

With a collection of over 6,800 instruments from about 200 countries as well as territories, the Musical Instrument Museum exhibits state-of-the-art audio and video technologies. Visitors may get a chance to see, hear and observe instruments being played in spectacular performances. You may be instrumental in getting a hand at playing one yourself in their Experience Gallery. The Artist Gallery boasts of an assortment of instruments from music icons like Elvis Presley, Pablo Casals, Johnny Cash, John Lennon, Clara Rockmore, Maroon 5 and others. Their upcoming attraction is music from Spain where you may experience the country’s distinct cultural and musical traditions, Say ole’ to the Spanish adventure along with cultural talks, interactive workshops, music, and dance performances.

Thirsty for more? Since the list of attractions at Phoenix seems to be never-ending, we would like to suggest you also to explore Roosevelt Row, Pueblo Grande Museum, Shemer Art Center and Museum, St. Mary’s Basilica, Symphony Hall, Wesley Bolin Memorial Plaza, Tours of Taliesin West.

Have an enriched and fun-filled holiday season. Safe travels!