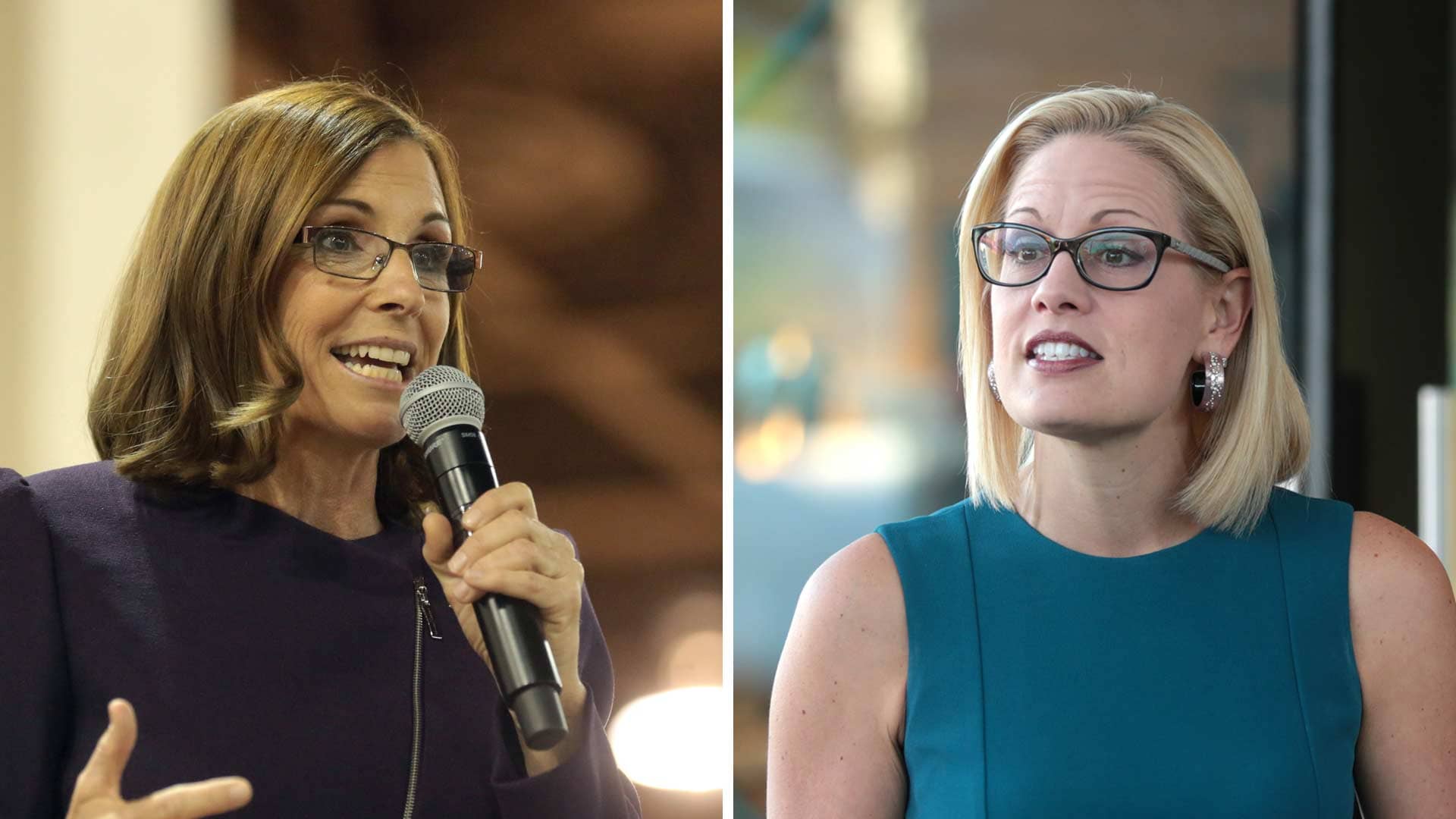 After the longest ever shut down in the U.S. history, a bill to end the shutdown has received different reactions from Arizonan Senators Kyrsten Sinema and Martha McSally. They have violated the bipartisanism and voted as per their party lines.

As the thousands of federal workers missed another payday, Sinema, an Arizona Democrat, and McSally, an Arizona Republican, voted on different lines pushing the on-going shutdown to drag further for indefinite days.

The GOP-controlled Senate blocked the Republican bill that would fund the $5 billion U.S. – Mexico border wall as per Trump’s demand. The legislation would have funded the government through Sept. 30 and would have provided temporary protection for some young immigrants brought to the U.S. illegally as children while dramatically toughening how those seeking asylums are treated.

The Senate also turned down bipartisan legislation that had already passed the Democratic-controlled House of Representatives to reopen the government without the border-wall money temporarily, but the bill had the clause for construction at ports of entry and for hiring new immigration-court judges.

Both these measures failed to get consensus prolonging the shutdown for an indefinite period.

Earlier this month, Sinema joined a group of bipartisan senators who signed on to a letter to the White House that delivered a commitment to consider investments on the Southern border that are not only necessary and effective but also appropriate in exchange for ending the shutdown. The letter also had McSally’s support, according to a spokesman in her office, but unfortunately, the letter could not get delivered to Trump because it fell short of the number of signatures organizers had expected.

The letter showed Sinema’s desire to return to regular order to debate and pass individual spending bills in each chamber.

Sinema said, “I voted today to end this irresponsible shutdown, but the only real way out of this mess is for both parties to sit down, talk, and find a long-term bipartisan solution, that is what Arizonans expect, and that’s exactly what I’ll continue doing.”

Sinema voted against the border wall proposal backed by Trump as she thinks the proposal aims to overhaul the whole asylum laws by adding too strict restrictions.

As per the proposal, all Central American minors would be prevented from applying for asylum at the border, with few exceptions. The process would allow them to learn whether their asylum requests would be approved or not before they make the dangerous trek north to the U.S.

Sinema said Arizona had borne the brunt of the Government’s failure to provide funding and securing the border as well. She also said that she would work across party lines to reopen the Government.

She said, “Arizona needs enhanced funding for border security, and I feel confident that if given three weeks, the Republicans and Democrats together in this body could find a reasonable compromise that both continue to keep our government operating in a lean and efficient way while also providing for efficient and effective border security.”

McSally to no one’s surprise voted in favor of the bill which would fund the wall backed by President Trump. She also voted against the short-term spending bill. In a statement on Twitter, she wrote that the Trump-backed proposal would have provided legal status and stability for young immigrants brought illegally to the U.S. as children along with those in the Temporary Protected Status, while Congress works on a long-term solution.

McSally wrote, “I opposed the temporary measure put forward by Minority Leader @SenSchumer because it fails to address the security and humanitarian crisis we face in our Arizona communities along the border, ” McSally wrote. “Advancing politically charged messaging bills while our Border Patrol agents, CBP officers, and other federal employees are not receiving a paycheck is not negotiating in good faith to solve this issue now.”

She also added that she would love to work with Republicans as well as Democrats to end the stalemate and open up the Government for the betterment of the Federal workers and proper security at the border.

Earlier this week, McSally visited the Customs and Border Protection employees who are working without pay at the Nogales ports of entry. She along with Yuma officials toured the area of the well where some migrants dug under the existing border fencing between the U.S. and Mexico.

She also had bought Pizza for the workers in appreciation of their work.

Speaking on the floor about her tour she describes the morale of the workers at the border is high. She also said, “However, this is unacceptable that they’re being asked to come to work and not being paid.”

McSally called on her colleagues irrespective of the party lines to work for the Government to open and work for the better security at the border.

She said, “This is why the whole of America is so frustrated with Washington D.C. – why many of us ran to come here in the first place.”

The shutdown has wholly pushed the United States off the track. There should be a consensus for the resolution to prevent the economy from long-term damage.