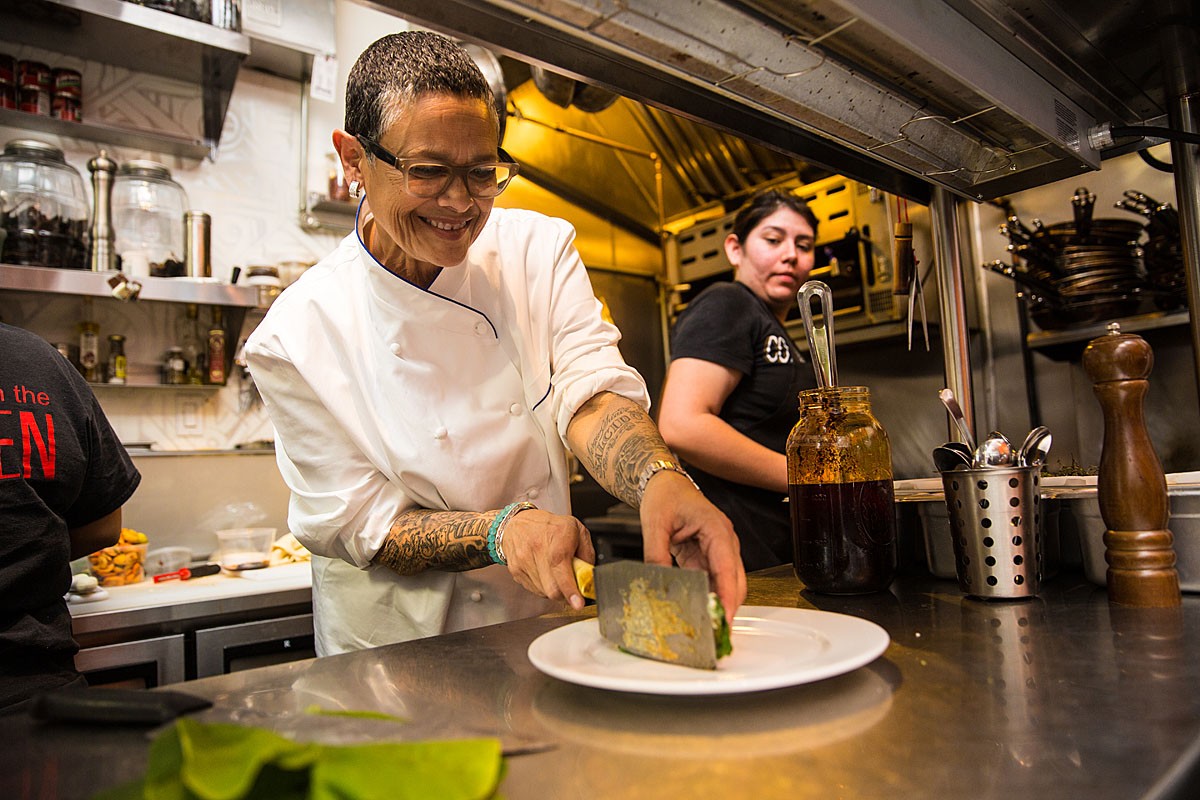 Barrio Cafe owner Silvana Salcido Esparza when waited at the border checkpoint after spending her days in Mexico home, she faced a huge jam. It was not very strange for her to see such a jam as she is a frequent traveler, but this was not a peak time for the jam to happen. After being cleared of the checkpoint in three long hours, she asked one officer whether he loves his job. The officer’s answer made her think about doing something for them. He answered that he would love his job if he had got paid. The longest ever shutdown in the United States has affected at least 800000 federal workers. Most of them are serving without pay for now.

However, after the little chat with the officer Silvana’s award-winning restaurant Barrio Café is offering free meals to workers who have not been paid in nearly a month as the longest government shutdown in U.S. history has been going on.

She said her friends need her; her neighbors need her. She can’t do much for them, but she can at least feed them.

Barrio Café is not the only restaurant to offer free meals for the federal workers, Frank Estadt’s Waldo’s BBQ is also doing the same. It has restaurants in Mesa and Gilbert. These restaurants have been giving free meals to the federal employees once a week until the shutdown ends.

Frank said he was inspired by the story of a Phoenix woman who took the help of community funding as she is struggling with her four children. He then thought what he could do to help those families who don’t have adequate money with them due to the shutdown.

He said he had seen times with almost zero balance in the bank account and that time was stressful. And now he considers himself lucky and fortunate enough to be able to manage at least food for the families affected.

Waldo’s BBQ is now offering free meals every Thursday night to all the federal employees affected by the shutdown.

The Mesa-based restaurant has been open since 1993, and it has been offering discounts to government workers on all levels for the last 20 years. When he saw many officers flocking into the Restaurant on Thursday evenings, he was suggested to have special discounts for the employees for Thursday. He said the restaurant offers at least a 15 percent discount to the federal employees whether it is shut down or not.

These eating joints are helping the federal employees with lunch, dinner, brunch or enjoy anything off the menu. They also said when it becomes financially not possible to provide food for such a long time; they can at least feed the employees tamales and Aguas frescas with a paja (straw) in a bag.

Here are the details of the Restaurants offering free meals to the affected federal staff:

It is situated at 2814 N. 16th St., Phoenix. The restaurant is serving free meals to federal workers who can show a pay stub with zero dollars of net income and a matching ID. Federal workers also have the option to get dessert and a beer or “sin paga” margarita for an extra $1.

It has two restaurants. One is at 4500 E. Main St., Mesa and another is at 1524 E. Williams Field Road, Suite 101, Gilbert. It will offer free meals to the federal employees from 5 to 8 p.m. on Thursdays. The meal would include an entree, side and fountain drink or iced tea from a special menu, applies to employees and immediate family members. They only see federal Government ID to provide the free meal.

It is at 1850 E. Warner Road, Tempe. The 25 years old Tempe Restaurant is offering a free dine-in lunch or dinner to federal employees affected by the partial government shutdown. The offer includes an entree and non-alcoholic beverage.

The restaurant at 18800 W. Greenway Road, Surprise, will offer a bag of citrus to federal government employees who are affected by the partial government shutdown on every weekend until the shutdown ends. Only a Government Federal worker ID is needed.

The restaurant is at Uptown Market, 100 E. Camelback Road, Phoenix. It gives 15 percent off on the entire purchase to the federal employees until the shutdown ends.

It is indeed a good gesture by the restaurateurs. These little things make the American community more vibrant and inclusive. With this, we all should hope that the Government Shutdown ends soon giving relief to many affected.