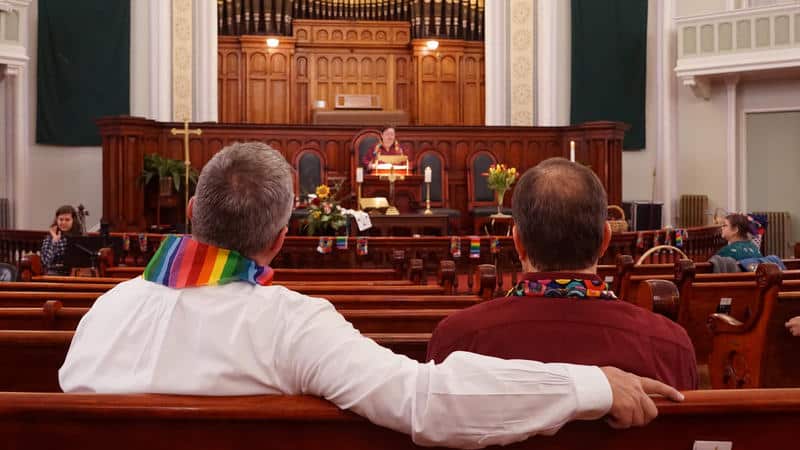 United Methodists in Arizona are facing an uncertain future as the United Methodist Church voted on Tuesday upholding church bans on same-sex weddings and the ordination of gay clergy.

The plan was passed on Tuesday evening at a general conference in St. Louis. It has the potential to cause a schism within the faith and drive supporters of LGBT inclusion to leave America’s second-largest Protestant denomination, as per several local church leaders.

The United Methodist Church, which is a global church, is divided into regions throughout the world. It should be noted that Arizona falls within the Desert Southwest Conference, which also includes parts of Nevada and border communities of California.

The Rev. Kimberly Scott, the senior pastor at the Cross Roads United Methodist Church in Phoenix and the first openly gay pastor for the UMC in Arizona, attended the general conference held on Monday and Tuesday.

“The church is not ready to openly affirm gays or lesbians or have them serve in leadership,” she said in an interview. “We believe in the death of Christ and the resurrection of Christ. I’m about to become a part of the revival of the church in a new way because the church will not stand the way that it is in the United States with hypocritical laws.”

As per Scott, she looks forward to coming back to Arizona, preaching on Sunday, and being part of the future of the United Methodist Church.

But what that future holds remains unclear, she said.

As per Rev. Sarai Case, a former lead pastor at Song of Life United Methodist Church in Queen Creek, the Desert Southwest Conference has openly supported the LGBT community.

“I’ve been United Methodist my whole life, but I’ve never known a church that isn’t constantly, in varying degrees on a global level, having this ongoing conversation, this ongoing struggle with human sexuality,” Case said. “Really, what I feel like is happening right now is our system that we operate upon, is not flexible enough to adapt to each ministry conference.”

It should be reported that delegates and observers from around the world gathered in St. Louis for the special general conference to vote on the “denomination’s future direction.”

One of those “future directions” came as the Traditional Plan. And it calls for keeping the LGBT bans set in place from the 1970s and enforcing them more strictly.

In the past few years, the church’s enforcement of its LGBT bans has been inconsistent. Some clergy members have conducted same-sex marriages or come out as gay from the pulpit.

The traditional plan would need stricter and more consistent enforcement.

The alternative proposal is called the One Church Plan. It would leave decisions about same-sex marriage and ordination of LGBT clergy up to regional bodies and would remove language from the church’s law book asserting that “the practice of homosexuality is incompatible with Christian teaching.”

Kent Olson, a chairman of the Board of Churches Society for the Desert Southwest Conference, said this conference is going to have long term effects on the church.

“Tomorrow, whatever exists of the United Methodist Church may be very different than what it is today,” Olson said.

As per him, while many congregations in Arizona are pro LGBT, there are still some that would side with the Traditional Plan.

“There are certainly congregations that are very much in favor of the Traditional Plan — there is great diversity within the United Methodist Church,” Olson said

He added that rather than conform to the Traditional Plan, a majority of Arizona congregations would split from the church as a whole.

“I would say that a majority of the congregations that are in our conference would like to align themselves with a newly formed entity, that would no longer be called United Methodists,” Olson said.

The Rev. Stephen Govett, a pastor at Trinity United Methodist Church in Phoenix, agreed that the recent vote might cause the church to splinter.

“It would sadden me that we could not all stay together, but I also know that most mainline denominations have gone through this split,” Govett said. “If that happens, my thought is that there is always hope.”

It should be noted that the global church has around 12 million members.

Almost 43 percent of the delegates in St. Louis are from abroad. They are mostly from Africa and overwhelmingly support LGBT bans.

“We Africans are not children in need of Western enlightenment when it comes to the church’s sexual ethics,” the Rev. Jerry Kulah, dean at a Methodist theology school in Liberia, said in a speech over the weekend, the Associated Press reported. ”We stand with the global church, not a culturally liberal church elite in the U.S.”

If Arizona and the Desert Southwest Conference divide from the church as a whole, a number of questions will arise about the future of the faith in Arizona.

“All of our buildings and properties are owned by the conferences, they’re not owned by the individual congregations that are worshiping there,” Case said. “So, if we did not sign this agreement, then all of those assets would technically belong to United Methodists.”

The property, any congregation or conference that did not sign to the agreement would be losing the ability to use the United Methodist name, logo or assets.

As per the case, they wouldn’t know the extent of the changes the Desert Southwest Conference would face until after it happened.

As the future of the church in Arizona is still unknown, Govett said that he would always invite brothers and sisters from all walks of life to join with him in worship.