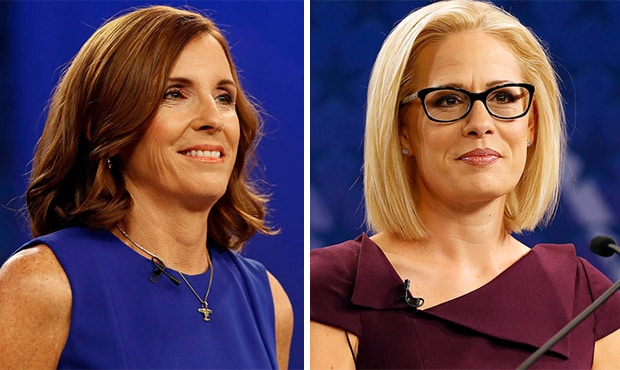 The Senate blocked the path of a bill on Monday that would require medical professionals to provide care for babies who survive attempted abortions, with Arizona’s senators split.

As per the bill, a baby, once born, is a person and therefore would have had a right to legal protections under the Constitution. If passed, it would have required doctors to try just as hard to save the life of a baby who survived an abortion as they would for a baby born under normal circumstances.

Doctors who denied complying would face five years in prison. And if they intentionally killed the baby after birth, they would be facing murder charges.

As per the reports, the final vote in the Senate was 53-44, just seven votes short of the three-fifths majority the bill needed to pass.

Reps. Paul Gosar and Andy Biggs, both Arizona Republicans, posted on Twitter to express their disappointment in the Senate’s inability to pass the bill.

Rep Paul Gosar tweeted, “Dems have exposed their true position — now voting against rendering aid to a baby born ALIVE. This position is sickening. I thank my Republican colleagues in the Senate for standing up for life.”

Gosar termed the situation “sickening,” while Biggs claimed the vote brought the country to “a new low.”

And Rep Andy Biggs tweeted, “We have reached a new low in America when representatives from our gov’t block efforts to save babies who’ve survived abortions. I applaud Senate Republicans for standing for life. I encourage them– as well as my House colleagues– to continue this fight.”

“I applaud Senate Republicans for standing for life,” Biggs tweeted. “I encourage them — as well as my House colleagues — to continue this fight.

However, house democrats from Arizona were quiet about the vote.

Martha McSally tweeted, “Today, I voted to move the Born-Alive Abortion Survivors Protection Act forward in the Senate. There’s no situation in which killing a new-born child should be legal, including when a child is born alive during an attempted abortion.”

Mc Sally stated on Twitter that she voted for the bill because “there’s no situation in which killing a new-born child should be legal, including when a child is born alive during an attempted abortion.”