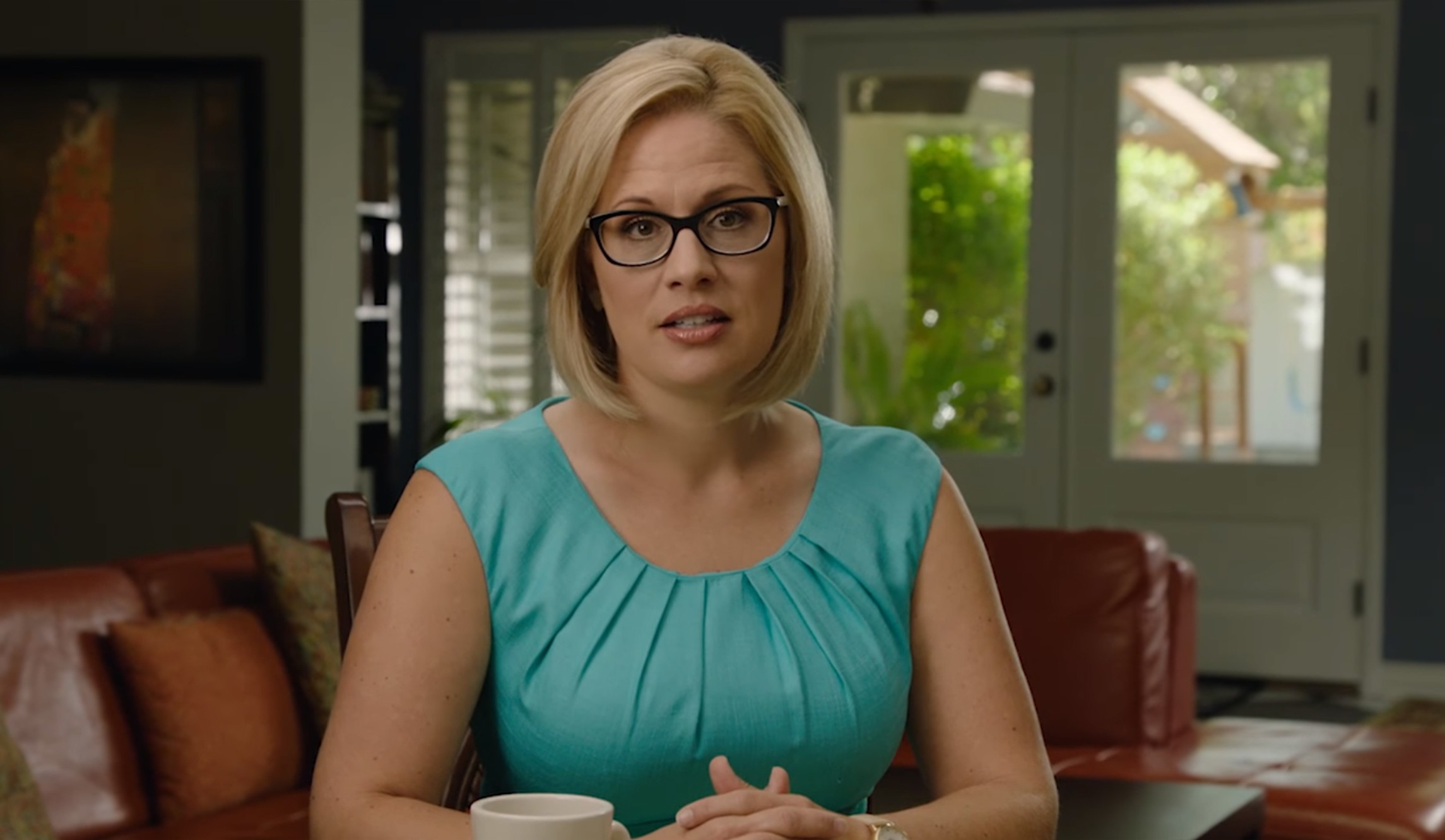 Sen. Kyrsten Sinema has brought a bill that aims at expanding eligibility for American Legion membership to all veterans who served since World War II.

The Legion Act is co-sponsored by Republican Sen. Thom Tillis of North Carolina. It was filed on last Friday. It would expand Legion membership to include honorably discharged veterans who served during unrecognized times of war since World War II.

The change if passed would affect vets like Paul Laird, who spent a chunk of his military service cleaning up waste from nuclear testing on a chain of islands in the Pacific Ocean. He along with other veterans who served during the Enewetak Atoll clean-up of the late 1970s have had a host of health issues that many attributes to cleaning up nuclear waste wearing little more than shorts and sun hats.

It should be noted here that the 60-year-old Army veteran has had cancer seven times. He’s undergone chemotherapy and numerous surgeries. About 4,000 troops assisted with the Enewetak Atoll clean up, some of whom never served during official war times.

As of now, if an Enewetak veteran’s time of service doesn’t cross over into an official era of war; he is not eligible for American Legion membership.

“That restriction leaves out thousands of former American service members who signed up to defend our country,” a statement from Sinema says about her first piece of legislation filed as a senator. “Our legislation rights this wrong and ensures all veterans have the opportunity to join the American Legion.”

“We’ve been battling (Veterans Affairs) for recognition and compensation for our health issues and cancers due to our service cleaning up after 43 nuclear bomb blasts — to no avail so far,” Laird said.

He along with other Enewetak veterans has supported the Atomic Veterans Healthcare Parity Act, which would provide treatment for those who participated in the clean-up. The bill was introduced in 2015, and it is lying where it was.

As per Laird’s hope, Legion membership would help raise awareness of the issues these veterans suffer.

“It would definitely help these gentlemen get the exposure and be a part of the Legion, which does give a lot of the veterans a lot of help,” he said. “More exposure as far as what we’ve been through personally, what has happened, what has been done to us.”

John Raughter, deputy director of the national American Legion headquarters, said that the organization had identified 1,600 service members killed or wounded since World War II during times not officially recognized as periods of war.

It should be reported here that in October 2018, the Legion introduced a resolution calling Congress to direct the Department of Veterans Affairs to consider all veterans who served honorably since the start of World War II, in 1941, as “war-time veterans.”

Though Sinema’s bill doesn’t go as far as the Legion’s resolution, allowing expanded access to Legion membership would be a step in that direction.

“We do believe membership in the American Legion is important as far as camaraderie goes, as far as being able to participate in the activities of their post at a local level and just the pride in being a Legionnaire,” he said.

Sinema introduced the bill during the 100th anniversary of the American Legion, which Raughter said is significant.

Though the Enewetak veterans haven’t had much success amending the rules, Sinema said she did not expect any opposition to the bipartisan bill.

Hannah Hurley, a spokeswoman, said as a member of the Senate Veterans’ Affairs Committee, working on veterans’ issues is one of Sinema’s priorities. Sinema also had worked on veterans’ causes during her time in the House, with bills such as the VA Mission Act, now law, which expanded access to healthcare for veterans who don’t live near a VA facility.

It should be noted here that this is the first bill Sinema has sponsored as a senator; she co-sponsored another bill in January aimed at helping veterans. The Retired Pay Restoration Act would expand veterans’ access to retirement pay and disability benefits. However, the bill has not made a good progress yet because it comes with a price tag, says Nick Rawls, with Sinema’s office.

But Sinema sincerely hopes that the Legion Act will make it to a vote next month.

“Ensuring our veterans get the benefits they’ve earned is not a partisan issue, and I’m glad we have bipartisan support for this legislation,” Sinema said.