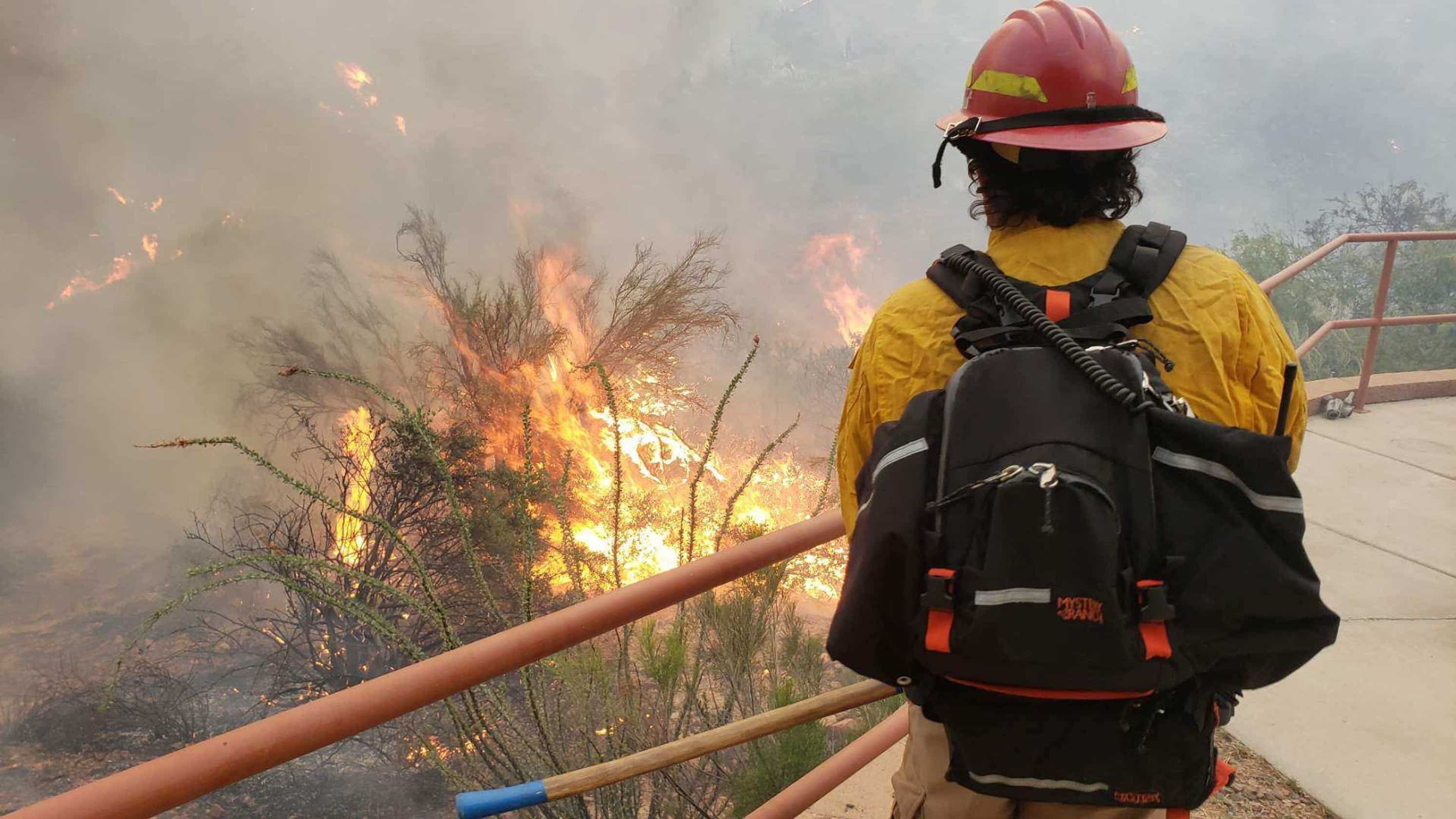 The Woodbury Fire of Arizona first began on 8th June 2019 in Tonto National continues to grow and now becomes the fifth largest fire in the history of Arizona State. Officers believe the fire could be human made, the investigation is under process.

On 26th June 2019- Wednesday the wildfire burned more than 123,000 acres, and this made the Woodbury Fire to hold 5th position by shifting the Willow Fire to 6th position. Woodbury Fire is the largest fire in the State of Arizona. However, the firefighters managed to control 48 percent of the fire on Wednesday.

Officers say currently they have controlled 50 percent of fire and reaching 100 percent is difficult, hopeful to control 100 percent by mid-July, 2019. Roads remain closed.

Earlier, Roosevelt residence was evacuated and moved to shelter homes due to fire, and on late Tuesday morning, evacuees received good news, they were allowed to return back to their home.

Gila County Sheriff J. Adam Shephard revealed the news to evacuees on Tuesday at 11 AM.

The Woodbury Fire is ranked as the fifth largest fire, followed by other fire incidences, namely the Wallow Fire that burned nearly 539,049 acres, holds the 6th spot. The Rodeo-Chediski Fire burned around 468,638 acres, and the Cave Creek Complex Fire burned 248,310 acres and Horseshoe Two that burned almost 223,000 acres.

Crew members say the environment is playing the biggest role in how the Woodbury Fire advances.

Daugherty further says the fire will continue to increase because the fire is supported by the fuel it lacked earlier.

“Historically that [terrain] didn’t burn because there wasn’t grass crop. A lot of it was more desert type fuels. Well, this year there’s an amazing grass crop because of all the moisture you have received this year”. Adding
“And that given fuel for that fire to burn through. So, it’s covered a lot more ground.”

In recent time, the Woodbury fire has pushed the fire towards the town of Roosevelt. The fire is up to Theodore Roosevelt and Apache Lakes. According to the weather forecast, Southwesterly winds across the week will allow the fire to grow further towards the northeastern side of the fire.

However, on Tuesday fire management team spokeswoman Pamela Mathis informed a source that the southwestern side of the fire is complete; the southeastern side is looking cool.

Mathis stated Transmission lines that assist in providing power to mining activities; homes; Phoenix and farms were safer than before.

Firefighters worked hard and tried to control the fire from reaching State Route 188. Nearly 930 firefighters are on the job.

Sheriff’s department email mentioned within the fire limit, there are active regions, and smoke could last for weeks.

In order for Woodbury Fire to reach number 4 spot, it needs to increase its size by two folds in Arizona.

In the history of Arizona State, the largest wildfire was noticed in 2011 Wallow Fire that burned over 500,000 acres.