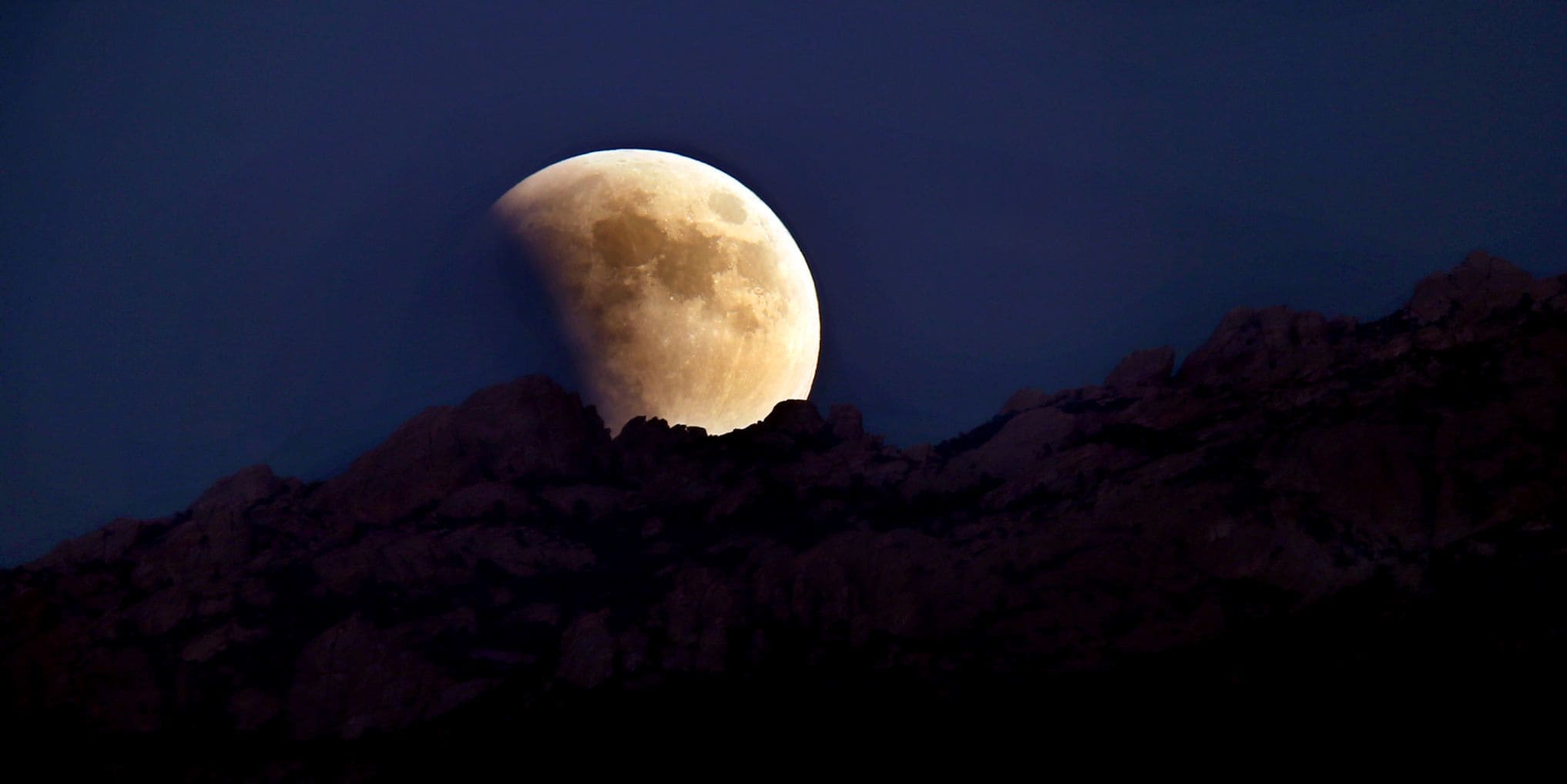 A super Blood Wolf Moon was seen on Sunday evening when the moon went into the shadow of Earth. The lunar eclipse was seen across the United States, and it’s the last lunar eclipse to be seen in Tucson until 2021.

The last lunar eclipse in Tucson was seen in last year January’s early morning making it tough for the enthusiasts to watch. But, yesterday’s eclipse was seen just a few hours before the Martin Luther King Jr. Day, they are making it easier to watch.

The Eclipse was seen at 8:33 p.m. at the moon rose above the Rincon Mountains. The total eclipse lasted till 9:41 p.m. and stayed in earth’s dim red shadow for about an hour. And finally, the moon emerged at 10:43 p.m.

Maximum eclipse happened at 10:20 p.m. when the moon was about halfway between the southwestern horizon and the highest point in the sky.

It should be noted here that unlike a solar eclipse, there is no harm in looking directly at the lunar eclipse in the naked eye. Many onlookers took advantage of the dimmed moon to look at the stars. The moon was in the constellation Cancer at the time of the eclipse. And as per the experts, about three-finger-widths to the left the Beehive star cluster could be seen with the naked eye.

As per the National Weather Service, the sky was partly cloudy in Tucson on Sunday night.

The University of Arizona’s Flandrau Science Center and Planetarium hosted a “Moon Music Serenade” in the full evening to enjoy the eclipse. It offered free live music on the UA Mall courtesy of the UA Chamber Winds ensemble. There telescopes available freely provided by the Tucson Amateur Astronomers Association. Tucson Amateur Astronomers Association also had smartphone adapters for their telescopes so visitors along with watching the spectacular scene also could take pictures of the eclipse.

The admission into Flandrau was free, but a nominal $5 was charged on planetarium shows to celebrate the celestial alignment. At 7 in the evening Steve Kortencamp, UA associate professor of planetary science hosted a talk called “All About Our Moon.” The talk was followed by an 8:30 p.m. showing of “Tucson Sky: Moon Talk” and a 9:30 p.m. showing of “Pink Floyd ‘Dark Side of the Moon’” laser light music show.

Alan Strauss, director of the Mount Lemmon SkyCenter, said many people have never experienced an eclipse ever before in their lives. He said yesterday was the perfect time for them to watch as neither a telescope nor even a binocular was needed to watch the eclipse. He expected questions on its beautiful red color, and he was pleased to help the visitors with their doubts.

There is science behind the red texture of the moon in the eclipse. The earth completely blocked most of the sunlight or scattered away by the atmosphere. But red light from all the world’s sunsets and sunrises were reflexed into the Earth’s shadow by the atmosphere, spilling that reddish light across the surface of the moon, which is why it has got the red texture on it, and it is called blood moon.

It is sometimes called as wolf moons as it is linked to the howling wolves during winter nights. Different cultures have different names for this celestial event.

When the full moons occur on an orbit closest to the earth, it is called supermoons. It becomes larger on the earth’s skyline but is tough to differentiate the size on the naked eye.

As per the experts, the next lunar eclipse could be seen in 2021, but it can’t be enjoyed like the yesterday’s one as it might be happening on a lower horizon.

App to Assist You at the Dining