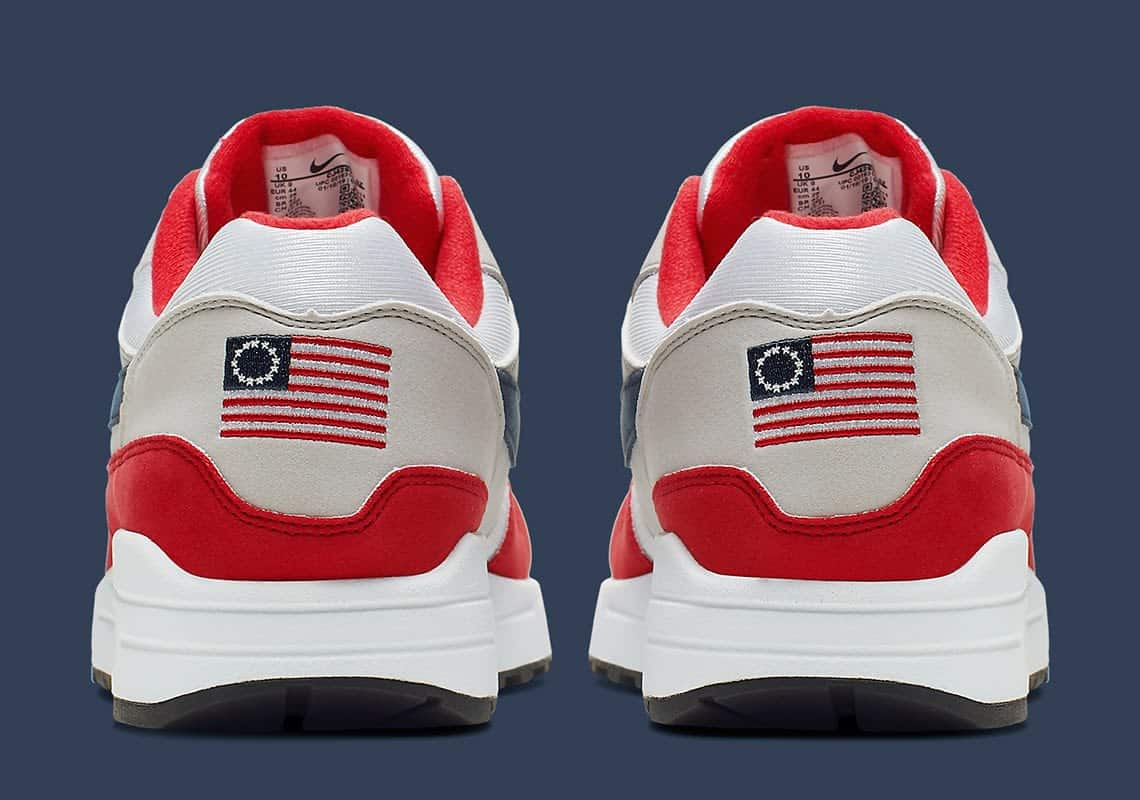 On Tuesday, Governor of Arizona, Doug Ducey informed through Twitter that he is directing the Arizona Commerce Authority to pull all financial incentive packages for Nike. The shoe company, Nike, was planning to bring a new manufacturing plant in Goodyear.

The governor took this decision because Nike removed a shoe designed with the ‘Betsy Ross’ American flag.

Nike- the shoe company wants to build a factory in Phoenix, and this would create 500 jobs across the area, The Arizona Republic mentioned on Monday.

On late Monday, Nike informed the company was removing the sneakers that included previous American flag created by Betsy Ross due to holiday celebration of 4th July. Nike took this decision because former football player of NFT, Colin Kaepernick mentioned that these flags were used during slavery and found it to be offensive. The shoe company had already delivered the sneakers to retailers but requested them to return the sneakers to Nike after receiving a complaint from Kaepernick, The Wall Street Journal stated.

Arizona Governor responded to this on Twitter saying, it is a disgraceful retreat for the shoe company. American organizations should be proud of America’s history and not reject it.

Nike has made its decision, and now we’re making ours. I’ve ordered the Arizona Commerce Authority to withdraw all financial incentive dollars under their discretion that the State was providing for the company to locate here.

Nike informed CNN Business on Monday, Nike has decided not to provide the Air Max 1 Quick Strike on 4th July because the shoe includes an older version of our country’s flag.

Governor Ducey tweeted several times. One of his tweet mentions today was assumed to be a bright day in Arizona State, overdevelopment news of a Nike that was investing at Goodyear project.

But then this news circulated on Monday afternoon. No words can express my unhappiness over the terrible decision of Nike. I am ashamed for Nike. Nike is a popular brand of America and the American firm. America, free enterprise, and our system of government have enabled Nike to grow and prosper. Nike instead of celebrating the history of the country- the week of our country’s independence, the shoe company has decided Betsy Ross is worthless and has ‘bowed to the current onslaught of political correctness and historical revisionism.’

The economy of Arizona is working fine and doing well, even without Nike. We don’t require firms that intentionally put American history down.

Nike stated that as a company is very proud of it’s country’s culture, and the company’s continues involvement in supporting numerous American athletes like the US Olympic team and US Soccer teams. The shoe company has provided employment to nearly 35,000 people across the US and is committed to create more jobs across the country. The company will also invest in a new manufacturing plant that will help 500 people to get job.

As per the City of Goodyear reports, Nike plans to acquire a building by 2020 in Goodyear and invest around $185 million at the initial phase of development for three years.

Arizona Commerce Authority Spokesperson in a statement informed a source,

At the Governor’s direction, we are withdrawing an up to $1 million grant from the Arizona Commerce Authority’ Competes Fund. Unlike other programs in statute that are eligible to any and all companies, including Nike — this is purely discretionary.