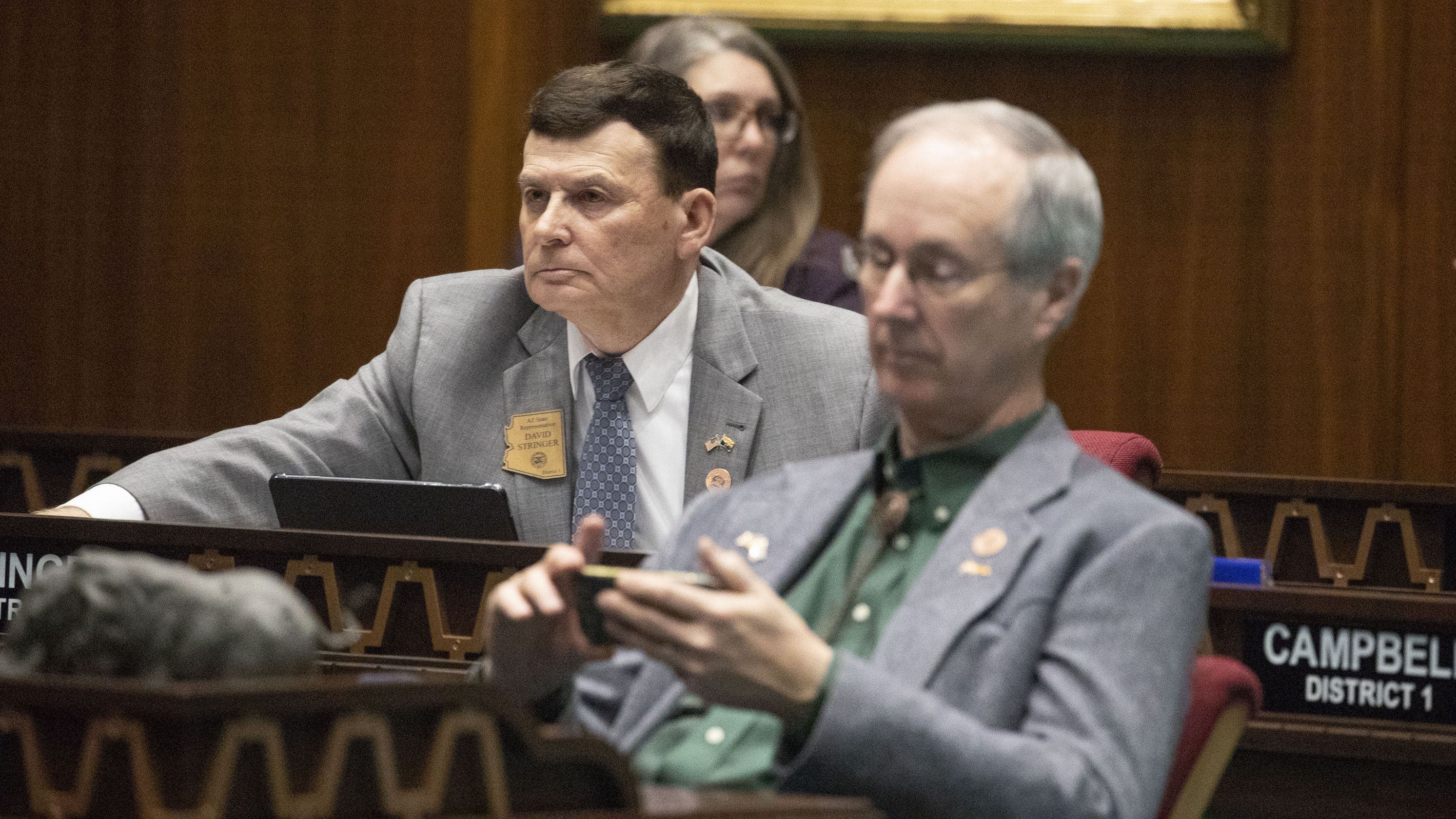 After allegations on Rep. David Stringer of sexual abuse 35 years ago, there has been an enormous demand by the lawmakers to expel the Lawmaker from the House.

As per the reports, Stringer was charged with several offenses, at least one of which related to child pornography.

Stringer also had faced similar call for resignation last year after he made a series of racist comments that urged the public to question on the sanctity of the house.

House Minority Co-Whip Reginald Bolding on Monday introduced the motion for the expulsion of Rep. David Stringer and said all the lawmakers were shocked over the allegations.

But the Republicans stepped in and voted to recess their session, saying the House Ethics Committee best addressed the issue.

“We are enabling this behavior by voting to recess and not showing leadership,” said Bolding, D-Phoenix. “We have the ability to move on to the pressing issues that matter to this state and get back to regular order.”

Monday Rep. Kelly Townsend, R-Mesa, filed a complaint on the ground of ethics against Stringer. As per her, delaying the expulsion vote was about allowing the ethics committee investigation.

“If we continue to go straight to expelling a member, one day it might be one of you,” she said. ”And you would prefer, I would think, to be able to have the opportunity to go through that process.”

Townsend also pushed for last year’s vote to expel former Rep. Don Shooter, R-Yuma, who was accused of sexual harassment. On Monday, she admitted her mistake of pushing for expulsion without a hearing from the ethics committee.

Stringer, however, did not speak during Monday’s floor debate and voted on the lines of Republicans to recess the session. He also did not comment anything on the ethics committee investigation.

He said that he had no plans to resign as he had never been convicted in a crime.

“Resigning over a 35-year-old allegation for which I was not convicted and which was expunged would set an incredibly bad precedent,” he told a news reporter.

The Democrats, however, criticized his Republicans colleagues as he spoke on the House floor, repeating portions of Stringer’s incendiary comments about racial minorities.

He also referred a comment where Rep. Stringer was recorded telling a group of university students that ”African-Americans and other racial groups don’t … blend in” like European immigrants.

“When a little boy reads the paper and sees that a member of the House of Representatives says that you don’t blend in,” Bolding said, “what do you think that little 6- or 7-year-old boy feels?

“That’s not OK. We hold ourselves to a higher standard.”

House Majority Leader Warren Petersen, R-Gilbert, said the reason for Republicans’ vote for recession is not because they “aren’t horrified” by the things they’ve heard.

As per the court records reported by the New Times, at least one of Stringer’s charges was related to child pornography. However, it is still unclear from available court records, on what happened to the charges.

It is also unclear what other charges he was facing as the entries made to the document as “SEX02” and “SEX04” under different case numbers.

However, as per the reports, many charges of the case mentioned were reportedly expunged, meaning records of the case were erased.

However, Stringer has discussed a few details of the case in an interview with a media house.

As per the report, the case started in September 1983, when police officers showed up at Stringer’s home over “false” accusations that he had pornography and had patronized prostitutes.

The report states without stating any evidence, “Stringer didn’t have pornography of any kind in his home, and those charges were later dropped.”

According to the court records, Rep. David Stringer was sentenced to 5 years of probation and ordered to complete 208 hours of community service per year.

The court record also states, “Defendant is to seek admission to Dr. Berlin’s Program at Hopkins.” As per the report, Dr. Frederick Berlin is currently the director of the Sexual Behavior Consultation Unit at Johns Hopkins University School of Medicine.

He also accepted a plea of “probation before judgment” on two misdemeanor counts to avoid the possibility of a conviction.

“Weighing the litigation risk against a sure thing, he accepted the deal, completed his community service probation, and the matter was later expunged,” the publication’s article states, apparently quoting the lawmaker.