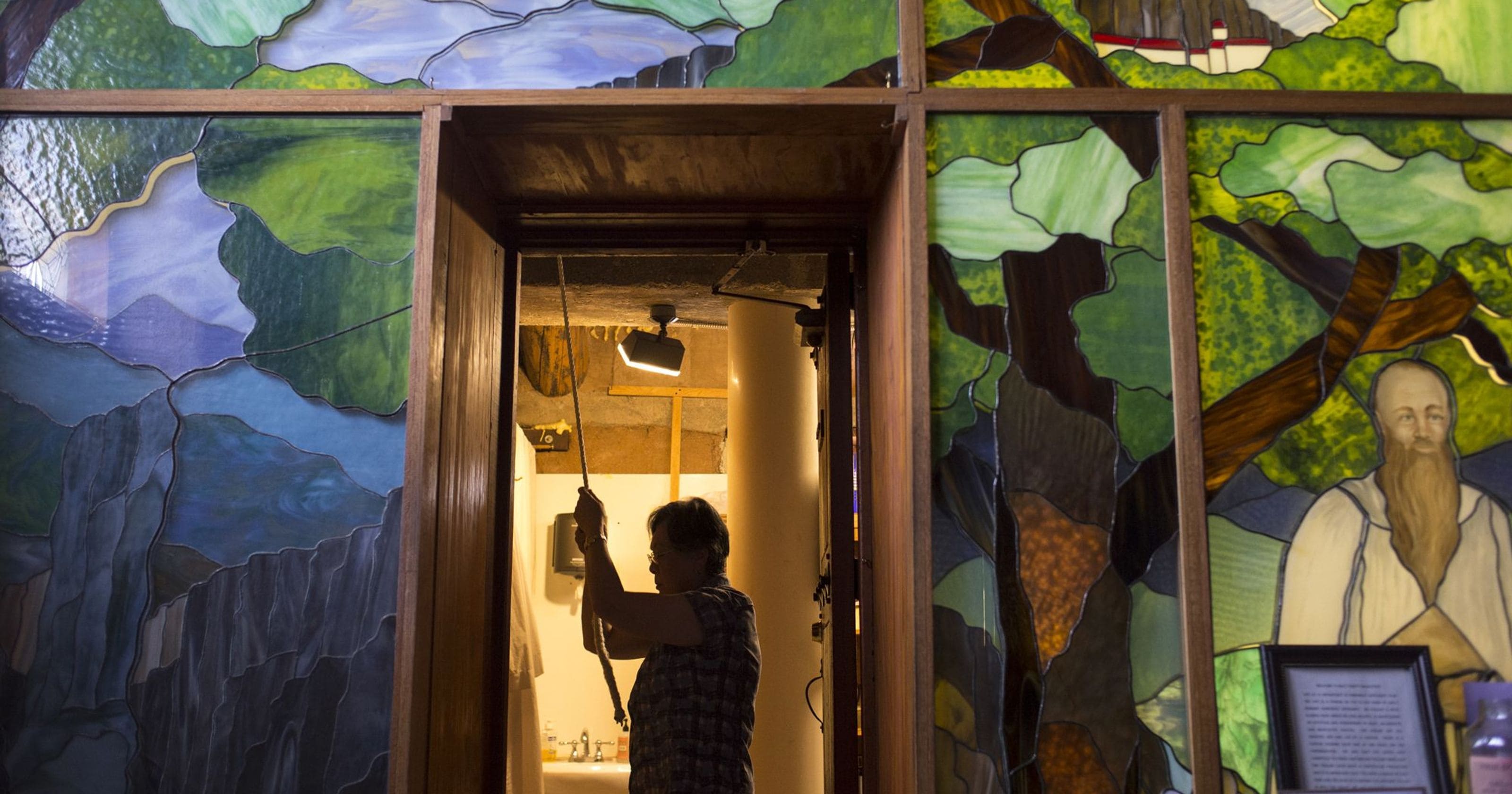 As a debate on asylum seekers is firing up, Tucson’s iconic Benedictine Monastery has opened its doors to Central American asylum seekers ahead of schedule as more significant numbers of families are arriving at the border and being released by immigration officials.

Teresa Cavendish, director of operations, said, Catholic Community Services, which is running the shelter inside the monastery, received the keys on Friday and weren’t planning to open for another two weeks to get the space ready. But on Saturday, Immigration and Customs Enforcement called them to ask about their capacity for asylum seekers intake.

“They had 130 who needed to be released,” said Cavendish. The Inn Project, operated by the United Methodist Church, can take only 40 to 50 people so she told the officials that the Casa Alitas network of shelters could take the rest.

Within six hours of the call, Cavendish said they had made the monastery ready and started to receive families vetted by ICE for providing shelter. And it hasn’t stopped since then.

As per the Border Patrol, there has been an increase in the number of large groups of 100 immigrants or more taken along the southern border in the El Paso, Rio Grande Valley, Tucson and Yuma sectors. And during the last four months, agents have received a total of 8,797 adults and children in 53 large groups.

On last Thursday only, the agents apprehended 242 Central Americans in the Tucson sector.

Developer Ross Rulney now plans to build apartments around the monastery at 800 N. Country Club Road and in few months for rezoning hearing before the construction can begin. He has also offered to use the building as of now for housing the refugees. Catholic Community Services is the tenant, and Rulney is neither operating nor charging anything for the service.

As per, Cavendish, the response by the volunteers have been very encouraging. The volunteers range from medical staff to the cleaning staff. On Saturday, all of the volunteers helped put together the rooms with cots and blankets and sorted donated food and clothing in time to receive the first 57 families, mostly from Guatemala.

Between Sunday and Monday, they received another 50 asylum seekers. They are housed in handful shelters between houses and churches.

When the families arrive at the shelter site, they are welcome by Volunteers.

Jorge Medina, a paramedic, said to the asylum seekers, “You are not detained anymore, we are volunteers, and we are here to help you, it’s my honor and privilege to be able to serve you, please feel at home.”

After the initial housing, the families are asked about health conditions. And as per Dr. Richard Wahl, a pediatrics professor at the University of Arizona, most of the asylum seekers had mild colds, headaches, stomach aches, and dehydration.

The families also have started helping themselves.

Rosa Carrillo, 32, from Guatemala City, volunteered to help in the kitchen and organizing the meals.

“When they first brought us here the first thing that came to my mind was that they were bringing us to another detention,” she said.

“But then they welcomed us and told us to feel as if we were at home and it was a feeling …” she paused as she found herself at a loss of words and her eyes welled, “where we were you couldn’t breathe right,” she added, “I can’t explain it, it was as if we could finally take a deep breath.”

The monastery was sold last year when the Benedictine nuns relocated to Missouri, but they have been in touch to know about their beloved home.

“We were delighted to hear that so many volunteers have come forward with donated items, time and expertise to welcome the refugees,” said Sr. Joan Ridley, final superior of the Benedictine Monastery.

Ridley added, “This good work for refugees could not have happened until we vacated the property, over the years, we sometimes gave shelter to a few individuals or a family from Central America but could not do anything of this scale.”

The families are feeling due to extreme poverty, gang, and domestic violence; droughts exacerbated by climate change, among other reasons. Their hearings should be completed at the earliest, till that time the United States should open the doors as it is doing.