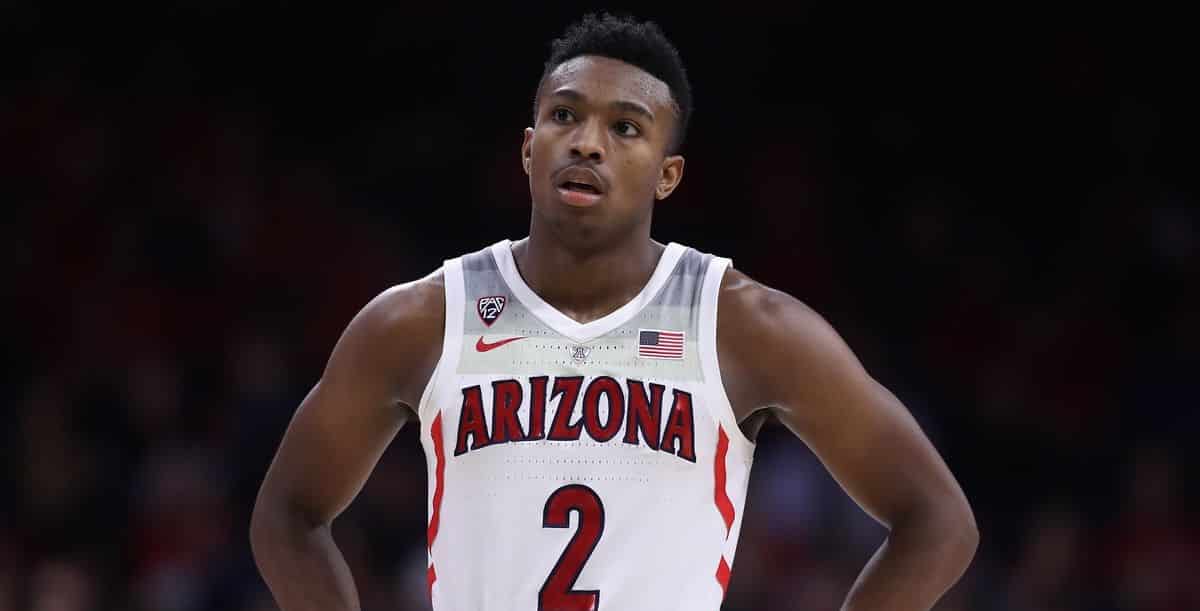 Recently, Wildcats guard Brandon Williams underwent knee surgery following which he will not play for the entire season 2019-2020. The news was revealed initially by Jeff Goodman on Wednesday and later affirmed by UA.

Brandon Williams in a statement said, like to thank my fans, family and the Arizona Basketball program for their constant support.

“I’ve overcome obstacles before in my life and will work with our strength and medical staffs to overcome this one. I’m dedicated to continuing my work in the classroom as a student, and I look forward to supporting my teammates and coaches as I spend this season focusing on my health.”

Goodman stated Williams was ready to take a big move in 2019, along with new player Josh Green and Nico Mannion. This is a huge blow to the Arizona men’s basketball team and Arizona expects to fight for a title Pac-12 in 2019 season.

Sean Miller, the head coach mentioned in a statement on Wednesday, Williams instantly became one of our team’s key players and the Pac-12 most challenging new player, a year ago.

“The news of Brandon’s season-ending surgery is beyond disheartening, All of us that comprise Brandon’s Arizona basketball family, as well as our own loyal and passionate fan base, will rally around him and support him as he begins his journey to recovery.”

Brandon is battling with knee issues for a long time, he struggled with a right knee problem at the end of January, led him to skip 6 games in February. The knee issue, called ‘osteochondritis dissecans’ made him undergo knee surgery in 2017, due to which he missed his senior year.

The Arizona Daily Star’s Bruce Pascoe mentioned of Williams knee issues saying, in 2016-2017, ahead of his junior season, Williams started experiencing Knee pain. To solve a congenital problem in which bone under the joint cartilage dies because of minimum blood flow, William had knee surgery in January 2017.

“Williams rehabbed the knee for over 10 months, then finished his high school senior season without issue but has twice run into trouble with the knee this season: On Jan. 14 he bruised it in practice and was limited against Baylor the next day. While he then experienced issues after the UA’s game at UCLA on Jan 26.”

The Arizona Wildcats is considered as one of the first favorites to win the Pac-12 title this season and Williams’s injury will lower the opportunity of winning the Pac-12. However, for the head coach and Arizona Wildcats, the 2019-2020 season is 3 months away, thus have some time to solve the absence of William.