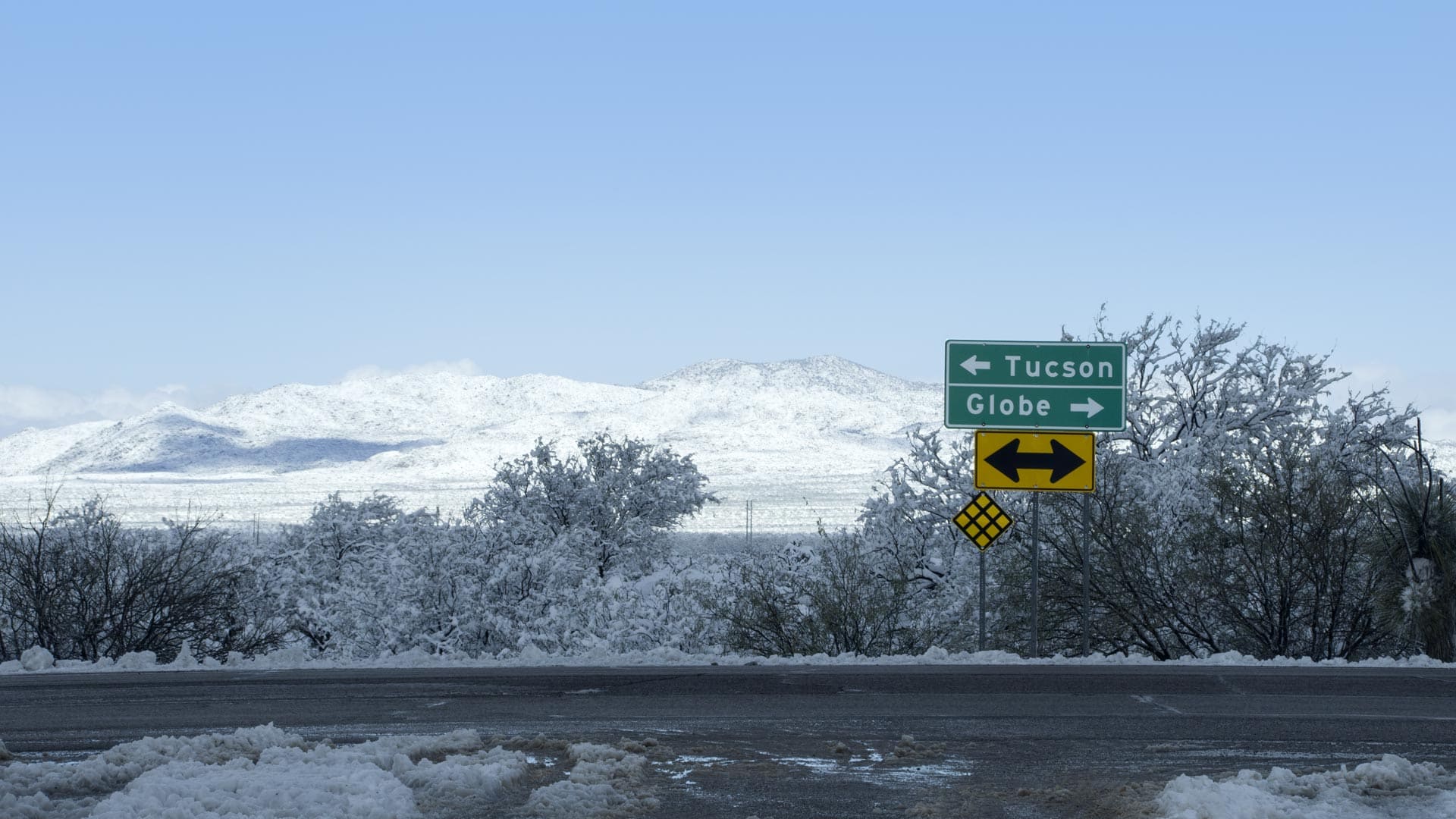 It’s official. It’s snowing in Arizona and how. Despite Arizonans ushering in 2019 with snow, the winter storm seems to have more surprises in store as Southern Arizona experienced snowfall on day two of 2019 too. Higher altitudes around Tucson also the south and the east as also the Tucson airport were major recipients.

Owing to the winter conditions, SR 80 in Cochise County was reported to be closed for 10 miles between SR 90 and Denn Road. About 3 inches of snow was said to have enveloped Safford in Arizona.

According to the Arizona Department of Transportation (ADOT), eastbound traffic on I-10 was at a standstill past Benson because of the storm. Earlier, ADOT even had to dispatch snow plows to clear I-10 near Benson.

The National Weather Service (NWS) Flagstaff tweeted a picture stating: “The midnight chill is on. Here are some observed temps and wind chills. Areas of low clouds and fog central Apache county including I-40 through mid-morning.”

In northern Arizona, very cold temperatures are said to sweeping the area through Thursday morning. NWS Flagstaff in another tweet predicted chilly weather across the high country. The forecast values were forecast to be ranging between 15 and 25 degrees below normal for this time of year.

Temperatures are said to drop below 28 degrees before 10 pm and will not rise above 28 degrees until after 9 am, stated NWS Tucson in a tweet about hard freeze warning in the area post the winter storm. Southeast Arizona may suffer the chill with the morning temperatures further dropping into teens and 20s, it said.