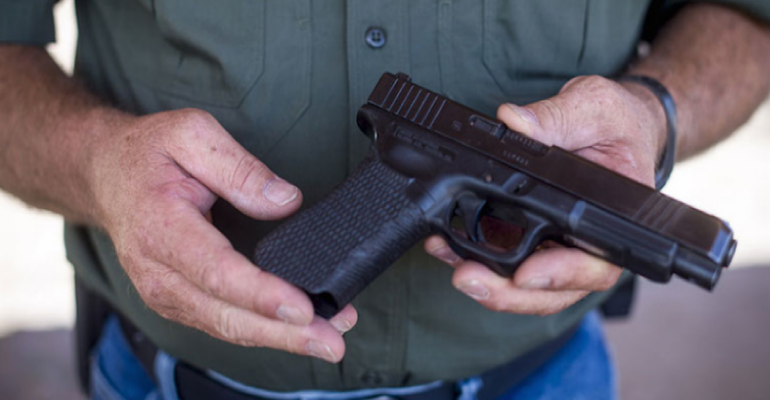 A bill that aims at allowing loaded guns in cars at School parking lots has been advanced in Arizona Legislature. It should be noted that Arizona law already allows keeping unloaded firearms in their cars when they park on school grounds.

But it is not enough for some Second Amendment-loving state lawmakers. They are now pushing a bill to allow parents to store loaded guns in vehicles parked on school property.

House Majority Leader Warren Petersen said he proposed House Bill 2693 after he heard concerns from the National Rifle Association about the existing law.

Petersen, R-Gilbert, said that the concern was that law-abiding parents could inadvertently break the law if they don’t stop and unload their guns every time they drop off or pick up their kids from school.

“We have mothers, we have fathers that carry weapons in their car,” he said during a hearing Wednesday. “People just aren’t even aware of this.”

The House Committee on Public Safety voted on a majority of 4-3 to pass the bill. It passed along party lines, with Republicans in support. It now goes to the full House for a vote.

However, Democrats on the committee voted against the bill and denied commenting on the bill.

Volunteers with Moms Demand Action for Gun Sense in America, a national advocacy group, testified against the bill and called the current ban a “common sense” measure to keep kids safe.

“The bottom line is this: the presence of a gun increases the risk posed to children,” said Suzanne McCormick-Fulton, a volunteer with Moms Demand. “The solution to keeping our kids safe isn’t more loaded guns on school grounds, where kids go to learn and grow.”

Gun-safety advocates say that the guns kept in vehicles are often the most popular targets for thieves.

As per a report from Everytown For Gun Safety, 4664 reports of gun stealing has been received by Phoenix Police between 2005 and 2014. Nationwide, a fifth of stolen guns is taken from vehicles.

McCormick-Fulton said the bill ignores “legitimate public-safety concerns,” including the risk that loaded guns will be taken from cars.

It should be noted that under existing state laws, it is illegal to bring a firearm on the grounds of a public K-12 school, with two critical exceptions for civilians:

Committee Chairman Kevin Payne, R-Peoria, said he himself has unknowingly broken the law by taking a loaded gun onto a school campus when he has picked up his children.

“Didn’t know I was breaking the law,” he said, “so let’s get rid of an unnecessary law.”