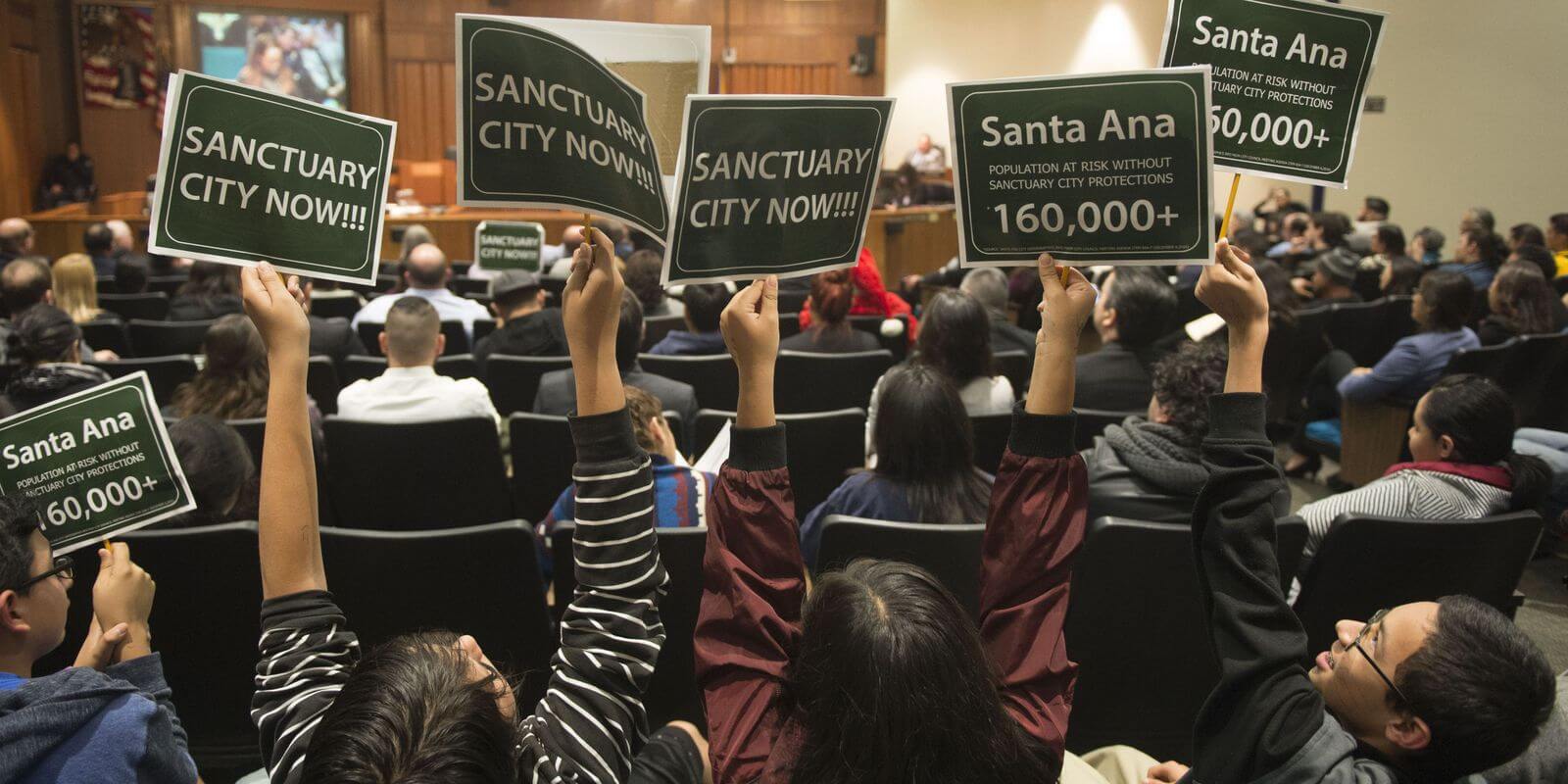 The initiative to make the Tucson city Arizona’s first Sanctuary City may face legal trouble. Tucson’s top attorney has said that the proposed sections of the proposal cannot be enforced.

The eight-page memo, written by City Attorney Mike Rankin, stated some legal issues with the anticipated ballot initiative. It states if the City adopts the ballot initiative, it would be vulnerable to legal actions by the state.

The proposal has been augmented by a group called “Tucson Families Free and Together.” The group’s attorney said that there were no legal issues with the ballot initiative and rejected Rankin’s analysis.

Peard said the People’s Defense Initiative worked on the ballot initiative with much care to craft proposal that would be able to survive legal challenges.

Peard alleged that at the core of Rankin’s analysis there is only single stance confusion on how the proposal is going to limit the circumstances under which police can ask about immigration status.

As per Rankin, the language of the initiative conflicts with the controversial SB 1070, which requires local police officers to ask and check a person’s immigration status while enforcing other laws if they suspect a person, might be in the United States illegally.

He added that any attempt to put prohibitions and obligations on when Tucson police officers can ask about someone’s immigration status, in the context of stops and detentions is contradictory to the existing state laws.

He argued that the proposed initiative would prevent a Tucson Police Department officer in the participation of law enforcement activity if it is linked to determining a person’s immigration status.

Rankin wrote there is a direct conflict of the proposed initiative with (SB 1070), which requires that an officer, as part of his/her law enforcement activities, attempt to determine immigration status in certain situations.

Replying to the letter Peard said that the language of the proposed initiative was carefully crafted and currently it is not in conflict with any existing state or federal laws.

Rankin also had issues with the clause restricting officers from asking anyone about their immigration status at churches, hospitals, schools and inside state or local courts, saying it has the highest chances of creating conflicts with SB 1070.

However, Peard argued that the clause is relevant and in line with the adopted guidelines and procedures on “sensitive locations” used by the Border Patrol and Immigration and Customs Enforcement.

Rankin also stated that the proposed initiative would be put to ballot proposal by the Tucson Families Free and Together aiming to amend the City Charter. And if it gets any legal complications in future, it would be difficult to change accordingly.

Rankin wrote as the measure is an initiative, the mayor and council would be powerless to amend or repeal any of the provisions of the initiative without submitting a new measure to the electors for approval.

Rankin also warned that the measure has the potential to leave the city vulnerable of a fight with the state under SB 1487, which allows the state to withhold state shared revenues if it finds that a city ordinance violates Arizona law. He also added that the controversial initiative could also end up in legislature drafting new laws doing away with local control over its immigration policies.

Peard said that the reservations of Rankin have no basis as SB 1487 is generally used by the council to tell local authorities what it can and cannot do concerning local politics.

He also added that the city would lose state funding under SB 1487 only if it contradicts with the state laws. And the proposed initiative is not contradictory to any state law, he assured.

He said that there are not much examples or instances of usage of SB 1487, even the city attorney would agree to this point that it is legally still vague whether an initiative would fall under SB 1487, a two years old state law.

Peard emphasized that the proposal is not by the city but by the community. He also said before falling into the SB 1487 and losing the funding from the state; a court would be likely to surgically remove the particular provision which would be contrary to the state law.

Rankin’s letter finally mentioned that his letter was meant for the Tucson City council to evaluate the impact of the proposed initiative certainly not to influence the voters’ intention towards the proposal.