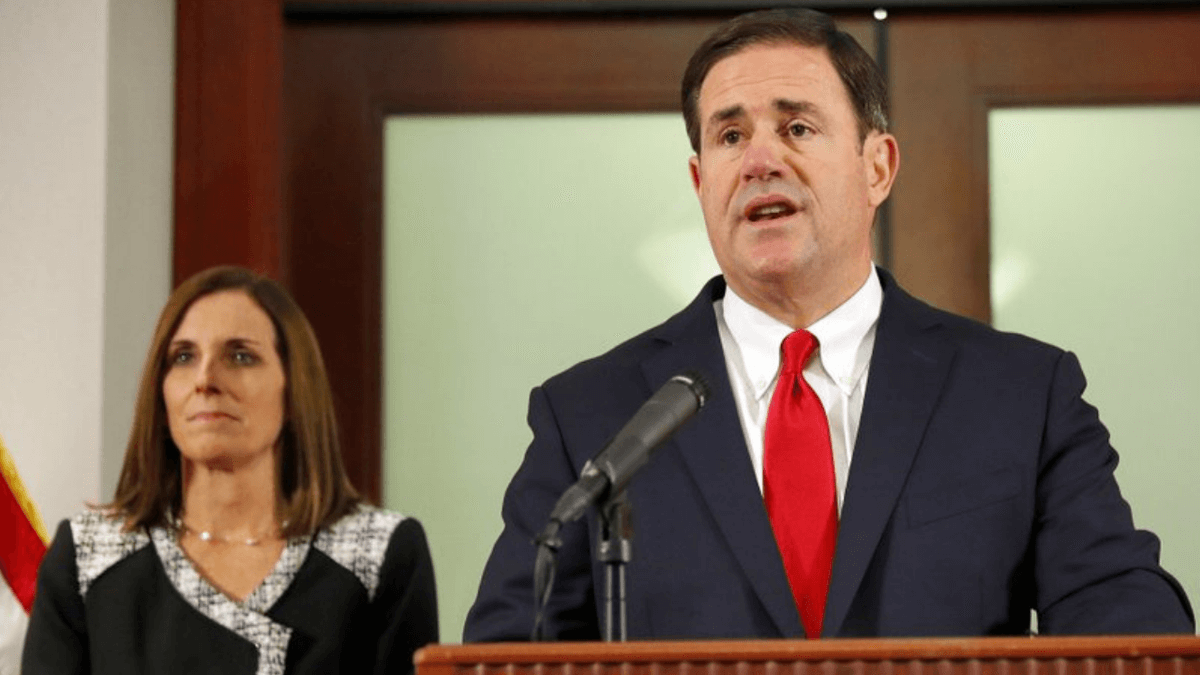 This Monday, Doug Ducey, the Arizona Gov, started his second term by talking about the projects like the Colorado River water shortage. It was during his public speech on Monday that he emphasized on the prevalent challenges at the ceremony held at Phoenix. He was onstage taking an oath of office, who alongside by him was his wife, Angela, and their three sons.

He trounced the other Democrat candidate David, and easily re-won in the November election.

During his speech, he went on touting about the state’s accomplishment during his tenure in office, including growth in employment and combating drug-related issues, and adding they were the results of bipartisanship. Along with him, there were also other state-wide elected officials who were sworn at the ceremony.

Ducey also warned about polarization, where he said that this is not Washington D.C. Here, everyone knows each other, and games do not work. And, it’s tough to be disagreeable when they all run into each other’s family at church, grocery store, etc.

He also said that for the state to run well, all leaders must work together over the next four years to brace his priorities. In these he states about employment, hiring qualified teachers for schools, preparing students for their career, and combating drug issues and human trafficking.

Above all this, he highlighted the state’s water future to meet all the challenges in the past related to the Colorado River.

He also has plans to use the big surplus which means big spending with a big surplus. He’s set his mind to approach the state’s budget as it’s the largest they’ve had in a decade. And, in the next fiscal year, the state could have about $900 million. He said that they would spend it within the means and prepare better for the next turn down so that it doesn’t turn into a calamity.