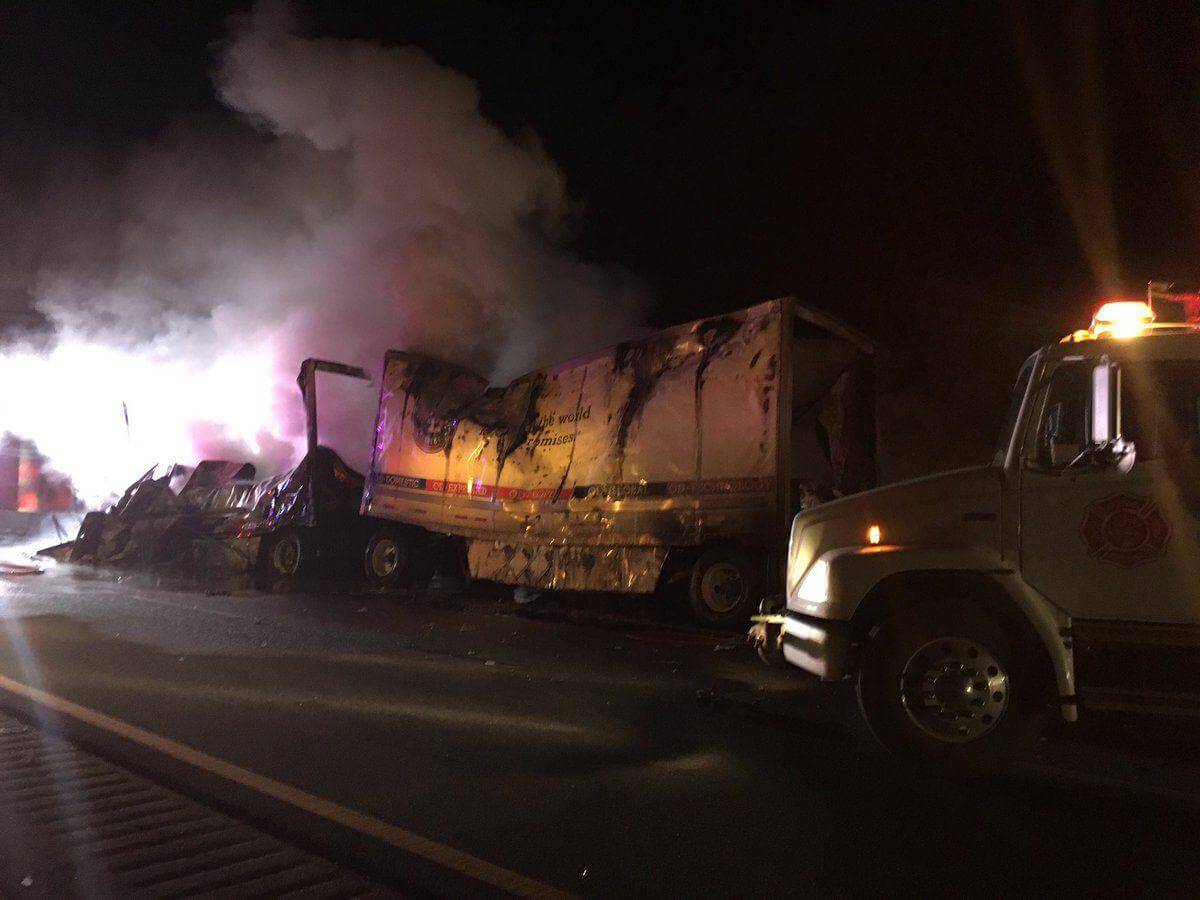 A fatal multi-vehicle wreck near the Arizona New Mexico border resulted in the closure of a 5-mile stretch of westbound Interstate 10 in south-eastern Arizona.

The crash happened on Tuesday morning near San Simon in Cochise County. San Simon is 102 miles east of Tucson.

The Arizona Department of Public Safety (AZDPS) stated about traffic being detoured at milepost 382 while being re-entered via the freeway at milepost 378. It was still not known when the freeway would reopen to traffic.

Arizona Department of Public Safety tweeted: “Traffic: A multi-vehicle, fatal crash has closed w/b I-10 near San Simon, in Cochise County. Traffic is exiting at MP 382 and is being routed through San Simon. Traffic will re-enter at MP 378. No ETA to re-open.”

The department also posted two pictures of the wreck showing the vehicle (tractor-trailer rig) engulfed in flames. It was reported that at least one person was killed in the early morning wreck.

The Arizona Department of Traffic (AZDOT) also reminded motorists about the shutdown of part of 1-10. The traffic department tweeted with a map: “REMINDER: I-10 CLOSURE UPDATE: Traffic is exiting again at milepost 382 and re-entering at 378. The eastbound exit at 378 is now also blocked. #aztraffic”