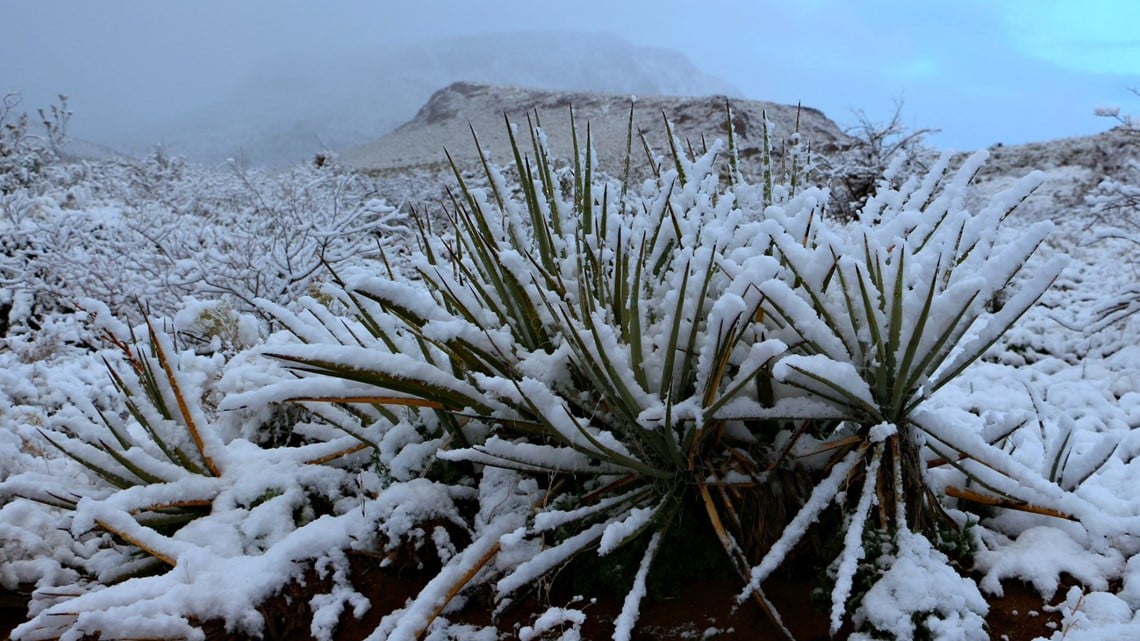 The recent episode of heavy snow is unknown to none. It was widely discussed over Social Media over hashtags like #Snowmageddon. #Snowpocalypse. #Snowday.

From these hashtags, it can be easily summed up about the recent snow story which turned out to be one of the most intense winter storms to barrel through Arizona in quite some time.

But the situation is not going to last forever. The breath-taking snow is soon going to be a wistful memory. As per the forecast for Phoenix, the temperatures are likely to climb into the 70s by early next week.

It should be noted that on Friday, record-setting snowfall totals in Arizona’s high country and the Valley’s northern fringes still were creating a buzz. And in the Phoenix metro area, nobody escaped the cold, soaking rain, which totaled more than 2 inches in many spots.

Phoenix had set a new record for the “lowest” high-temperature Friday, 47 degrees. And this had broken record of 54 set back in 1897 when Arizona was still a territory. It is crucial to note that the historical average high temperature for the date is about 73 degrees, while the average low is about 50 degrees.

It was all courtesy of a huge Pacific storm that moved into the state Wednesday night and continued its barrage into Friday afternoon.

The combination of cold and moisture helped to drop the snow levels down around 2,000 feet, creating a Winter Wonderland in northern Scottsdale, Carefree, Cave Creek and other nearby areas.

Near the Four Seasons Resort in north Scottsdale, only one season was on everyone’s mind.

“It is the craziest thing I’ve ever seen,” said Carolyn Berryman, a resident of Scottsdale who lives near Dynamite Boulevard and Alma School Parkway, near the hotel in an area where saguaros and desert-style homes were covered with snow early Friday morning.

“Everybody is pretty much at awe and just enjoying it and taking it in.” “They (neighbors) are freaking out; they are staying in, they’re glad they have food, they’re worried about their landscape.”

Even Conrad Lamoureaux, a visitor from Canada, was in the area to see the snow.

“We never expected it in a million years, and I think the novelty is just awesome, it’s great,” he said.

Snow fell at an elevation of 2,000 feet in the Valley, with 8 inches accumulating in some parts, said Marvin Percha, a meteorologist with the National Weather Service in Arizona.

“It was a significant storm,” Percha said. “We saw trace dusting amounts as low as 2,000 feet and significantly more as you go above 3,000 feet… It’s probably upwards to 20 years since we’ve seen significant snow at levels that low.”

The storm’s effects were felt in many ways, particularly in northern Arizona, along with the Mogollon Rim and in eastern Arizona.

It should be reported here that Flagstaff declared a state of emergency Thursday, after nearly 32 inches of snow fell that day alone, setting a new record for the most snowfall ever recorded in one day in the city. And Prescott, Payson, Show Low, Heber-Overgaard and Williams all received around two feet or more. By Friday, the snow had moved from Flagstaff to eastern and southeast Arizona, blanketing Tucson and even Nogales.

On Friday long stretches of major highways were closed. But some could have been reopened after the crew started work by Friday, including Interstate 17 and State Routes 87 and 260, major routes that connect the Phoenix area to northern Arizona and Rim Country communities.

The Arizona Department of Transportation warned the motorists heading north on Saturday to play in the snow to drive with caution and not park alongside highways or well-traveled roads. Local roads in some areas might still be icy on Saturday.

Many events all around the valley were affected. For example, AZ & NM FIRST Tech Challenge Championship which was scheduled for this weekend was postponed to March 22 and 23, the event website said.

The Arizona Interscholastic Association had to reschedule and cancel some games of the 1A and 2A high school basketball tournament, according to AIA Executive Director David Hines. And Devour Culinary Classic, a food festival at Desert Botanical Garden in Phoenix had two restaurants absent due to the snowy conditions, and others were possibly impacted by travel limitations.

According to a spokesperson at the Southwest Wildlife Conservation Center in Scottsdale, it had incurred damage of $50000 from the storm but confirmed that no animals were hurt.

The last remnants of the storm lingered late Friday, but skies were expected to begin clearing Saturday, as per the National Weather Service.

The temperature of Saturday early morning was 35 degrees, and it went up to 56 degrees under a partly cloudy sky.

Things are expected to warming up from here, into the mid-60s Sunday and Monday, then reaching a high of about 72 by Tuesday and climbing to the upper 70s by next Friday.