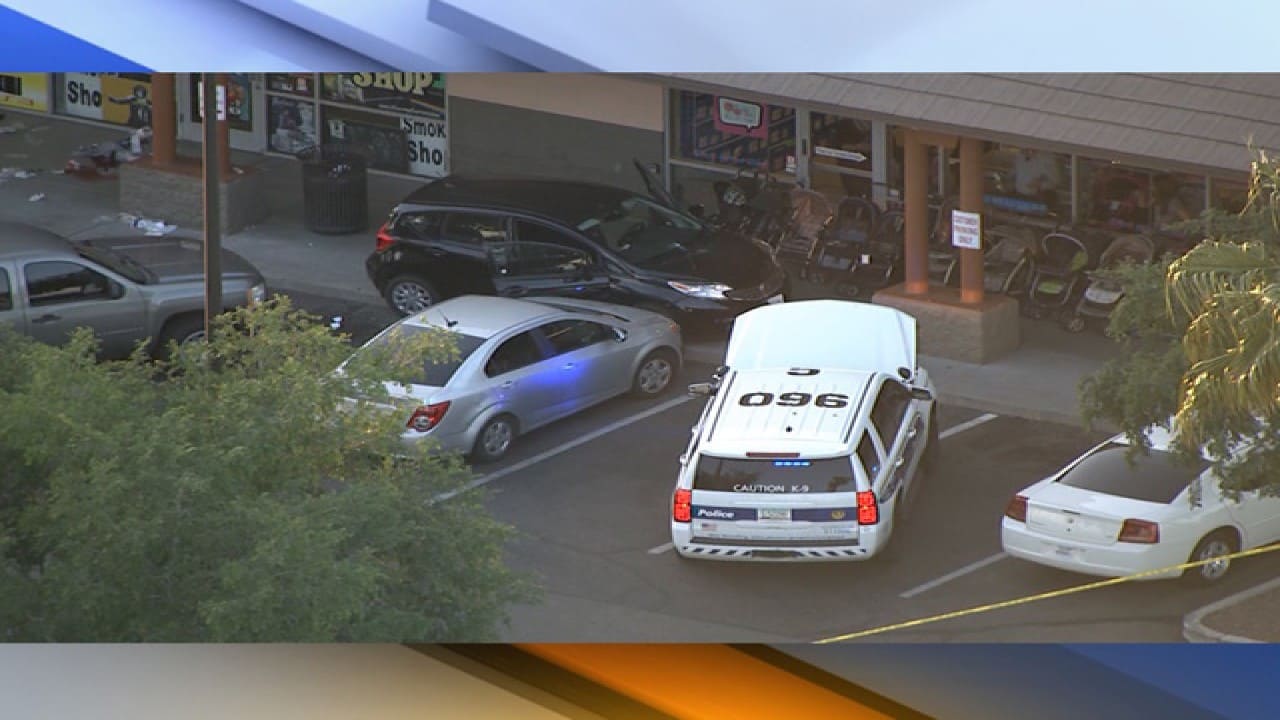 According to Phoenix Police, a 33-year-old man was reportedly killed after another man shot him outside a convenience store in Phoenix at the night of Saturday.

The incident took place to post 8 P.M at a car parking zone nearby 59th Avenue and Thomas Highway.

The Police reported that the 32 year -old man and a girl was in the premise of car parking zone at a food store in the same area.

At the same time, they were approached by another man who is reportedly the victim, who is believed to be in a relationship with the woman.

According to the Police, the victim upon seeing the suspect and the woman began to yell at the two, he grabbed the steering wheel of the car and tried to get into their vehicle to assault them.

On this, the suspect warned the man and told him to back off otherwise he will shoot with a gun.

However, the victim did not pay any heed to the warning and hung onto the steering wheel. This the suspect was trying to back up, which made the suspect’s vehicle to collide with of vehicle of the victim.

During the altercation, the suspect fired the shot unknowingly which hit the victim, who was declared dead upon reaching the hospital.

Further, Police said that the suspect informed the Police and waited at the scene until the time Police came.

At present, the Police has not been able to provide detailed information regarding the shooting. The investigation into the case is presently being carried out, and the charges remain to be pending.