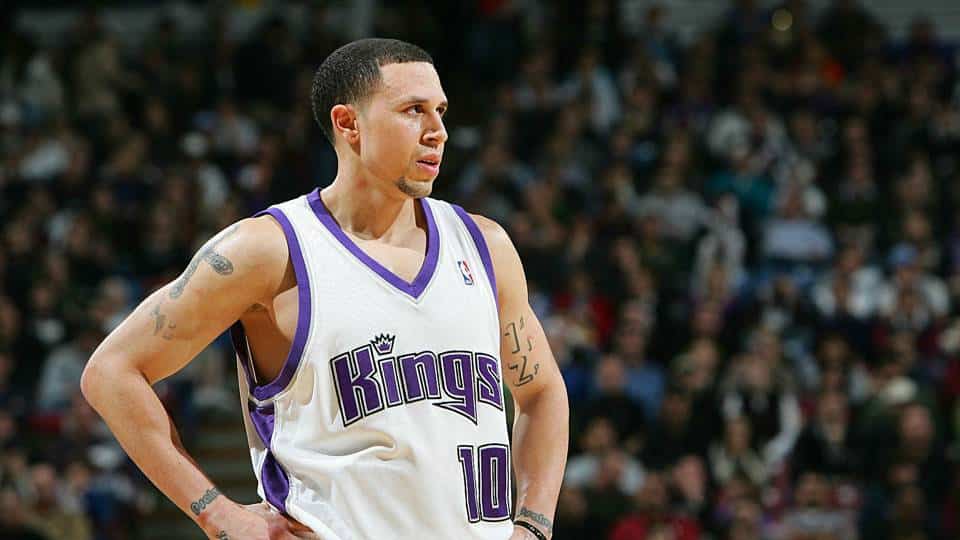 A former NBA star that assisted bringing many accolades to the team and the head basketball coach at Shadow Mountain High School, Mike Bibby, is reportedly under investigation after allegations of sexual abuse and harassment from a Shadow Mountain teacher.

In a statement, the Paradise Valley Unified School District has confirmed that Phoenix police are investigating the claims againstBibby and that the district had been in the midst of an internal investigation into the allegations.

As per the teacher’s claims, in February 2017, Bibby grabbed her by the waist and pulled her into his car on school grounds, rubbing his genitals against her and groping her.

However, Bibby denied making any comments on this issue and referred every question to his attorney. His attorney, Donald Harris, denied the claims.

“I can say with pretty much certainty this alleged incident didn’t happen and that will be shown down the road,” he said. “Michael Bibby did not participate in a sexual assault of anyway, shape or form that was alleged by this lady two years ago.”

As per the statement of the district, it was aware of the issue for more than a week. The teacher had reported this case to the school’s resource officer on Feb. 13, according to the order.

It should be noted that on Saturday itself, Bibby assisted Shadow Mountain’s varsity boys’ basketball team to its fourth consecutive state championship. In his tenure of 6 years at Shadow Mountain, the team has won five state titles.

It should be reported that he as a high school student in 1996 played on Shadow Mountain’s first state championship basketball team. He then went to the University of Arizona, where in 1997 he led the Wildcats to their only national championship.

Becky Kelbaugh, a spokeswoman for the school district, confirmed the police investigation in her statement.

As per an email from Sgt. Vince Lewis, a Phoenix Police Department spokesman, the department was investigating allegations involving staff at Shadow Mountain, but he did not provide the names of those involved or detail the allegations.

As per the teacher’s allegation in the restraining order, the incident happened in February 2017 when she was walking outside toward her classroom when she spotted Bibby driving on campus. She did not know him personally, as per her.

He then gestured toward her. She walked to the driver’s side of the car as he swung open the door and jumped out.

According to the restraining order, Bibby picked her up “around the hips” and carried her into the driver’s seat, her head on the console and her legs splayed out the open door as he laid on top of her. She smelled alcohol on his breath, she wrote.

He started to rub his body and genitals on her, groping her, she wrote, and he told her, “What I could do to you.”

However, she could slide out from underneath him and moved toward the main doors of one of the school buildings, and he followed, according to the order.

As two staff members looked on, he held her around her waist, hugged her, rubbed his erect penis against her, and made sexually explicit statements; she also had tried to push him away.

She wrote that she was “in shock, in fear, intimidated by his actions, afraid of him as he smelled of alcohol.”

After a few days of the incident, Bibby passed her classroom doorway twice, she wrote in the restraining order.

The next day he walked into her classroom without any invitation and complimented some of her classroom’s decorations before leaving.

And again after a day, when she noticed Bibby standing outside her classroom and told him that they needed to talk, according to the restraining order. Later they sat in her classroom; she wrote that she felt safe enough to close her classroom door because a colleague aware of what had happened was across the hall.

As per the restraining order, she told Bibby that he was “out of line” and that he had sexually abused her. He replied to the teacher that he had been drinking that day and told her she was a “beautiful and nice person,” according to the document. He told her he wanted to date her.

Later she told him that she was not interested and warned him to stay away. He asked her if she was going to “tell” and she replied no because she was thinking of his players.

Kelbaugh wrote that the district conducts “thorough background investigations for all employees and volunteers, including a notarized criminal affidavit, background check, and fingerprint clearance.”

She also wrote that the safety and well-being of staff and students is the district’s first priority.

“We take all allegations of misconduct very seriously and work in cooperation with law enforcement on all police matters,” she wrote.