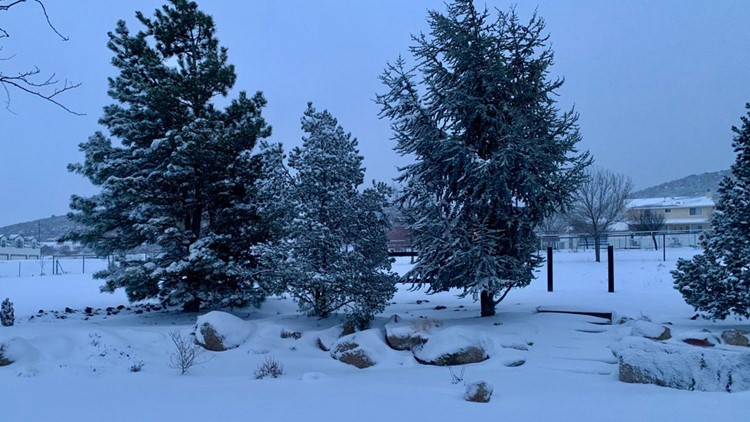 After the last few days’ of deadly snow which almost halted the state, there is good news that is likely to happen due to the enormous snow. After the significant snowstorm which added to rain and snow accumulation from an increasingly wet winter throughout the Arizona, water supply of Phoenix got a much-needed boost.

As per the estimates of Salt River Project, the Salt and Verde River reservoirs will fill to 75 percent capacity by the end of the current water runoff season, which runs from about January to May.

“There is no doubt that the Phoenix area is in much better condition than last year,” said Charlie Ester, manager of surface water resources at SRP.

It should be noted here that the recent storm brought vital snowfall to the White Mountains in northeastern Arizona and other areas where melting snow contributes a significant portion of Phoenix’s water supply. Along with the recent snowstorm, a wet winter marked by weeks of rainfall on the Salt and Verde River watersheds is also bringing much-needed relief.

“That one storm in itself does not change our situation,” Ester said. “It started off in October with a very wet October that primed our watersheds for the runoff.” A series of storms in December and January also contributed.

Putting the recent storms into perspective-  SRP’s reservoir system, one of Phoenix’s primary water sources, had received 100,000-acre feet of runoff last year between January 1 and May 31. The earlier part of this month, the entire system received 108,000-acre feet of rain runoff in just two days, as per Ester.

Ester added not to expect reservoirs to return to full capacity unless more productive storms come this way. In 2010, the last time SRP’s reservoir system was at full capacity.

Based on the current snowpack, Arizona’s thirsty reservoirs can aim to have plenty of spring snowmelt.

It should be noted that the Natural Resources Conservation Service calculates snowpack density by measuring depth and weight. From that calculation, only the federal agency can calculate how much water is in the snow.

“This last storm was a game changer for sure,” said Travis Kolling, water supply specialist at the agency’s Arizona office.

As of Feb. 25, Arizona’s snowpack is 418 percent over what it was last year on the same date, according to the statistics. As per the same statistics, the current snowpack is also 38 percent higher than the 30-year average.

“This will help fill up the reservoirs,” Kolling said. “Good snowpack, good precipitation and soil condition is in good shape. All things are pointing to good (when it comes to) filling up reservoirs to more reasonable levels.”

If the temperature does not warm up very early, a “nice, slow melt out” could also improve wildfire season, Kolling said.

Normally in March Snow starts to melt and it lasts through April, sometimes into May. A gradual release of runoff water is very important for hydrating soil and vegetation. The impacted areas are then less susceptible to wildfires that can spread quickly into the mega-fires that have become more common in recent decades.

It should be reported that last year the snow melted out by early April and total precipitation level was low, which led to the soil and plants drying out earlier. He said this year’s precipitation and snowpack could shorten the fire season window.

As per Kolling, rising temperatures have been the main reason for Arizona’s shrinking snowpack in recent years. As per his explanation, though January storms brought precipitation to Arizona, it was too warm for snowfall. Instead, it rained on top of the snowpack, causing some quick and early snowmelt to occur already.

However, Kolling almost stopped pointing to human activities as the cause of these rising temperatures. But the scientists have come to a global consensus that human activities are responsible for climate change over the past century.

“All I can say is that in the last five years, we have seen a later start to the snow season and earlier end,” Kolling said. “Typically this has affected the snowpack.”