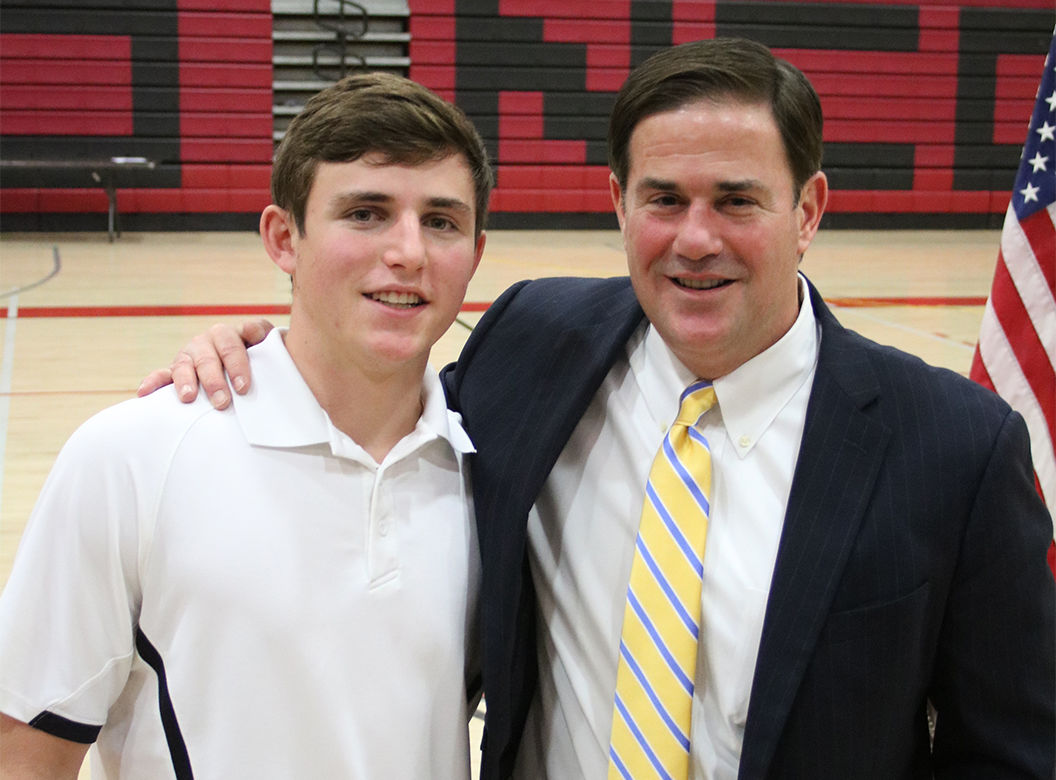 Joseph Ducey, 19, the son of Arizona Governor Doug Ducey was arrested earlier this month and cited by the Scottsdale police. He was arrested on Dec. 16 outside Boondocks bar in Scottsdale’s entertainment district. Officer Zachary Jasperson cited him for forging ID to enter into a bar. He has been released after the citation.

According to the statement by the Police, Jasperson was on patrol in that area on his bicycle when he saw someone jumping the gates bypassing the security checkpoint of the bar. The officer approached the security guard of Boondocks bar and told him to inform him if he would see that man.

Later the officer got a call from the Boondocks that they had caught someone forging ID to enter into the bar. At the time of arrest, the officer was not aware of the patron’s identity as Governor’s son.

The officer said that he was provided with a South Carolina ID which was used to enter into the bar. He could notice the poor lamination and the plastic. Then he activated his department-issued AXON on body camera and grabbed the suspect’s arm and placed him under arrest.

After the arrest, the officer found the Arizona driving license which mentions Ducey’s original age as 19.

Young Ducey was apologetic as per the police statement, and Ducey was on intoxicant but not extremely under the influence.

He is scheduled to appear in the Scottsdale City Court at 8.30 a.m. on January 15.

A spokesperson of Governor Ducey Patrick Ptak said that Young Ducey would not receive any special treatment because of his father.

Governor Ducey said in a statement via Patrick that his son would face the same legal and family consequences as any 19 years old in Arizona and they would handle the issue the same way any Arizonan family would. He, later on, thanked for respecting his family’s privacy.