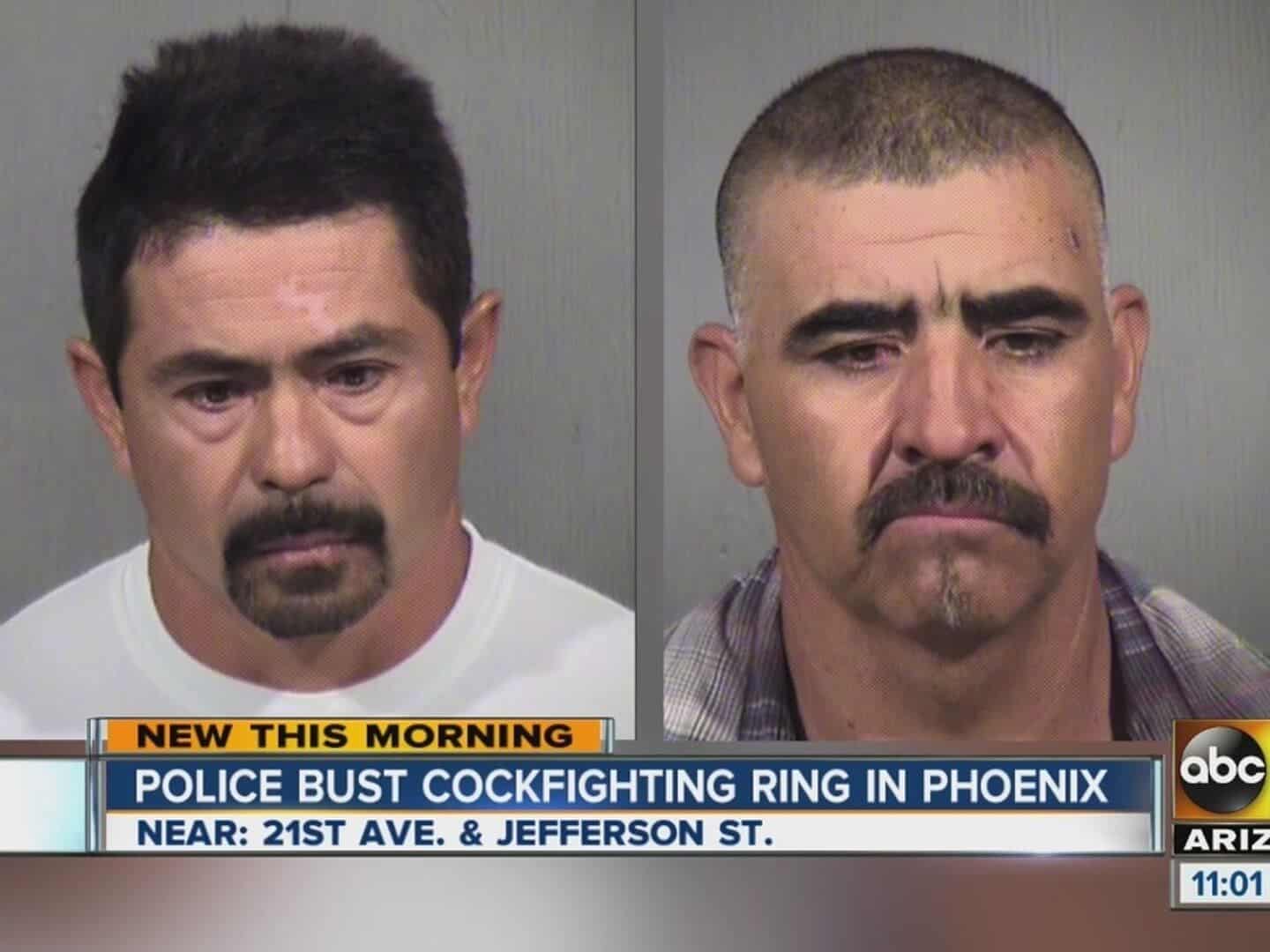 Animal cruelty and cockfighting rings have been a menace in many states in the United States over the years, but in a fresh development, a massive cockfighting ring has been busted by the Arizona Police Department. According to several reports, the Arizona Police Department made dozens of arrests in one of the busts of its kind in the state. The police were helped in their efforts by the Arizona Human Society. Police authorities who raided the establishment stated that there was clear evidence of cockfighting since they found certain instruments that are only used in that particular line of work. Overall 27 people were arrested in the bust.

The Arizona Humane Society stated that the cockfighting ring bust was carried out at around 11 in the morning in an area that is close to the Buckeye Road. The premises which were busted by the police housed as many as 150 animals and other than hens and roosters, even dogs and rabbits were rescued. However, a representative of the Humane Society stated that the number of animals rescued could rise over and above the 150 already recovered, in the coming days. Tracy Miller, who works for the Humane Society, said that the roosters were moved to the place in an inhuman manner. She said, “There is also a cockfighting pit in there that is used for fighting and a large number of roosters that have been transported here in individual carrying crates or crates or wooden boxes.” The animals which have been rescued are going to be tested for possible diseases, and once that is done, they are going to put up for adoption. They could also be taken up by farm owners.

It is, however, interesting to note that the police did not bust the cockfighting ring on any prior knowledge. They had gone to the area on another call altogether, but once they showed up, they found evidence of a cockfighting ring. It is believed that the people who were responsible for running the ring must have been doing it for some time, because people in the area did not have a whiff of what was going on. Miller stated that the people in charge of the ring must have been professionals, who were well aware of the ways in which they could keep their crimes out of the public view.