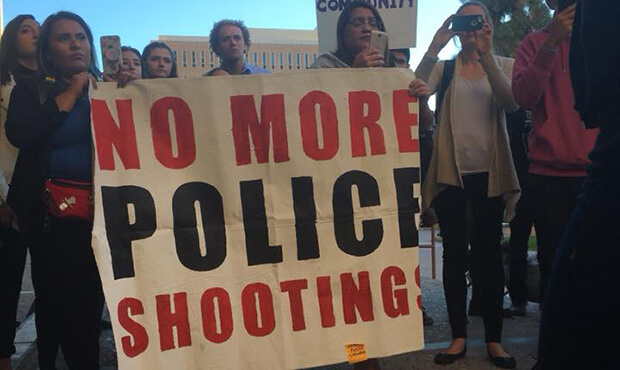 After the multiple incidents of Police shootings, the Phoenix-based activist group— Poder in Action has issued a notice of advisory for the “black and brown”travelers.

As per the release, the visitors should exercise extra caution in Phoenix owing to the increased number of shootings.

This year till now, there have been 43 cases of police shootings, the recent being happened on Wednesday when police attacked and killed a man after he attacked the police officer.

Last year the count was 21, where officers shot someone. And, the record was in 2013 of 33 police-involved shootings.

As per the advisory, people of black and brown color are 63% of the total officer involved in shootings, whereas Phoenix only accommodates 42%. The Phoenix Mayor and City Council have been silent on this issue and have always blamed the victims for the violence.

The department, however, has initiated an outside study on the numbers of shootings. The study started in May is expected to end in February next year.

The advisory group, Poder in Action has clearly accused the police of excessive power and blamed the officers for the violence. The report also says that People of color have four times chances of being shot than white. The advisory emphasized especially on the Black people.

The areas of concern which has higher chances of Police shootings,

It’s definitely a matter of concern if around half of people in one city feel frightened of the excessive use of power on civilians of a particular color. The veracity of the facts in the reports are yet to establish, but the city’s elected political representative should be concerned about this, as it may affect tourism as well.